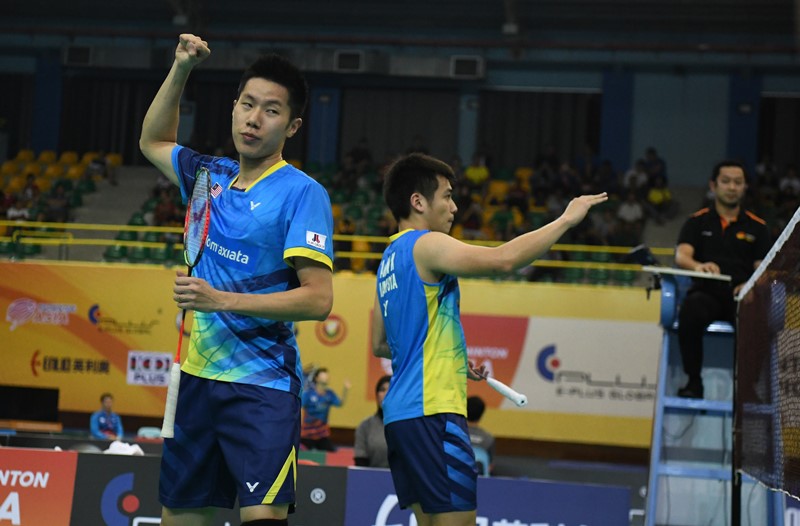 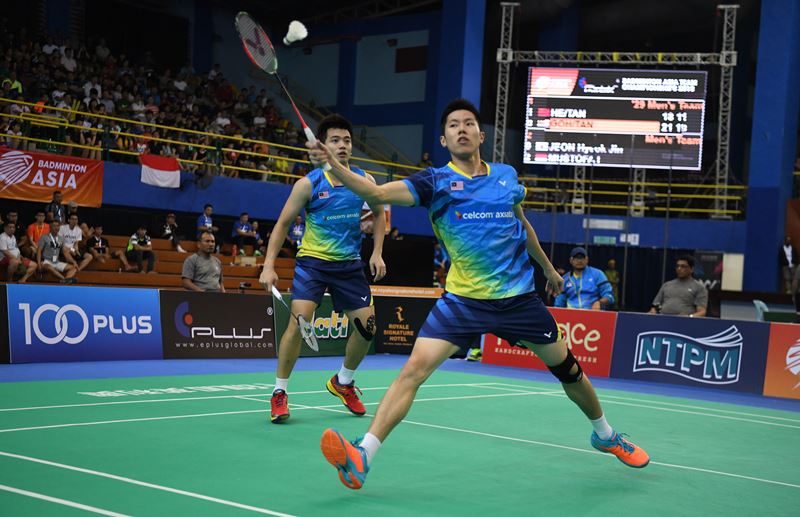 Troubled doubles Goh V Shem-Tan Wee Keong seemed to have put their dark past behind them following what was their sterling performance at the E-Plus Badminton Asia Team Championship 2018.

The pair was re-united just weeks before the tournament here in Alor Star, following their meltdown and subsequent ‘break’up’ after winning silver at the Olympics in Rio in 2016.

“In the doubles department, V Shem-Wee Kiong have met our expectations and resolved their communication issues. They seemed to have regained their confidence in their partnership,” said Dato’ Sri Norza Zakaria.

The pair had a stuttering start to their campaign in the group when they fell to the pair from Thailand – Kittinupong Kedren and Dechapol Puavaranukroh – in their opening game.

They were then rested against Myanmar in the second game before beating Chinese Taipei’s Lee Jhe-Huei-Lee Yang in their final game to win the group and a place in the quarter-finals.

The duo then crushed Or Chin Chung-Tang Chun Man of Hong Kong before their progress were stopped by China in the semi-final.

“The communication is not there yet but we are getting better. We have to look for that comfort zone in our partnership,” added V Shem. – BY ALVIN OH