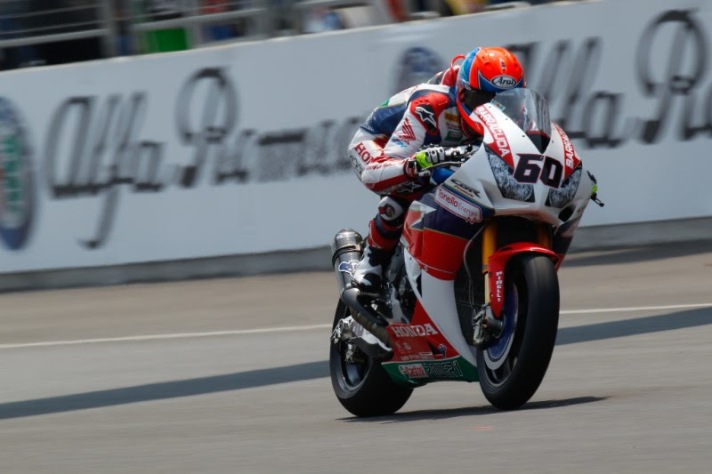 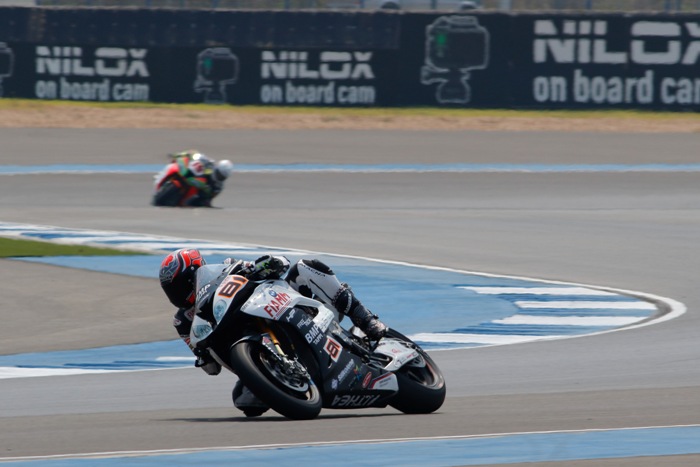 Dutch Honda rider leads the sprint to Superpole in Buriram

This morning’s session saw Leon Camier go quickest on his MV Agusta as a flurry of lap times came in at the end of FP1, and the British rider posted a 1’36.047 effort to go just under three tenths of a second quicker than Nicky Hayden (Honda WorldSBK Team) and World Championship leader Jonathan Rea (Kawasaki Racing Team), followed by the second respective Honda and Kawasaki riders, Michael van der Mark and Tom Sykes.

FP2 saw times tumble at the top of the table and a rush of activity towards the end of the session. With Sykes topping the timesheets around a quarter of the way in with a lap down into the 1’35 bracket, the Kawasaki Racing Team riders initially set a 1-2 in the session ahead of Chaz Davies’ Ducati in P3.
Van Der Mark then became the first to post a lap under 1’35 and the time proved good enough to stay at the top of the timesheets until the end of the session, with Yamaha’s Guintoli the only rider to come within two tenths of the Honda rider’s lap, 0.182 seconds off. Spaniard Jordi Torres set a late charge for P3, the Althea BMW rider recovering from his elbow injury in testing to rejoin the fight at the front, just ahead of Yamaha’s Alex Lowes.

The top ten from Friday gain automatic entry to Tissot-Superpole 2 on Saturday, with the qualifying sessions then deciding the final grid positions for both races. Lights go out at 4pm local time (9am GMT) on Saturday for the first WorldSBK race of the weekend as Jonathan Rea looks to try and tackle the challenge of becoming the first rider since 2003 to win the opening four races of the season.