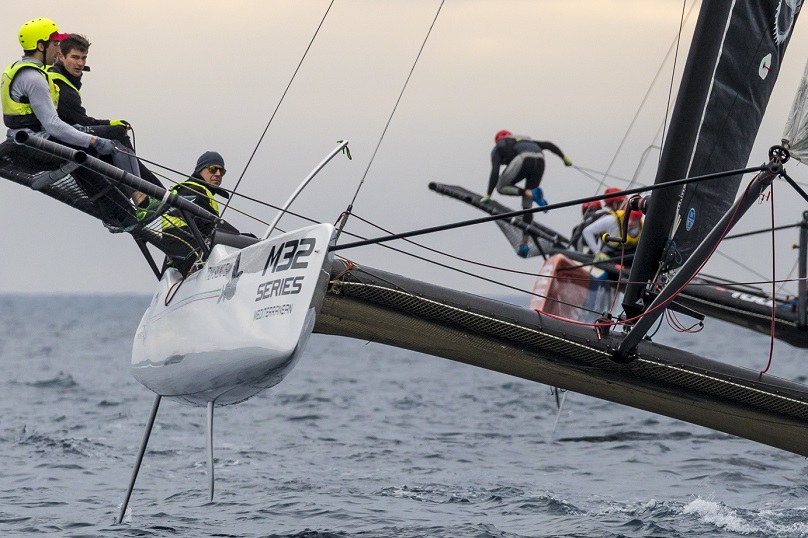 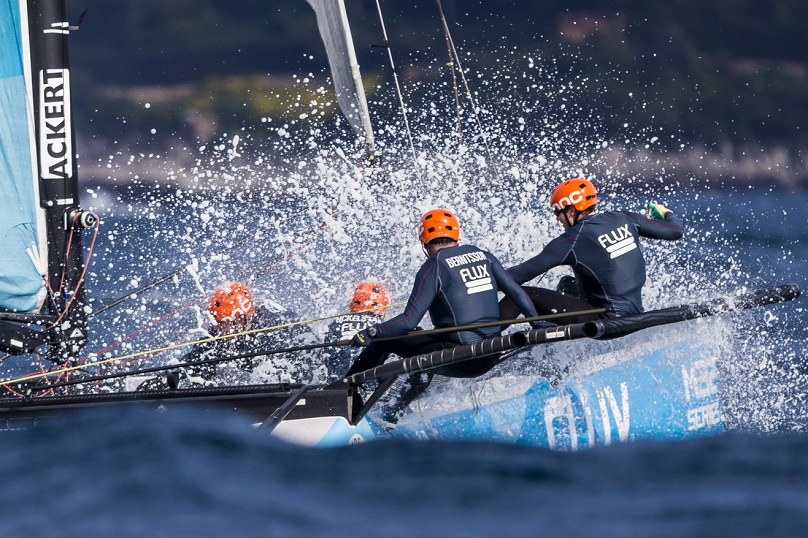 Sweden’s Johnie Berntsson and his FLUX Team made a statement at their first appearance on the M32 Mediterranean circuit by winning ACT 3 of M32 Monaco Winter Series.

Riccardo Simoneschi’s Italia Sailing Team kept the pressure on Berntsson throughout the regatta and with equal points count back was the only difference between the top two.

FLUX Team brought a new line-up to Monaco, notably with the last minute addition of Axel Munkby in place of Jakob Gustafsson who remained in Sweden with a new baby born yesterday. Experienced M32 sailor and adopted Swede Keith Swinton also joined FLUX Team for this series and reflected on his first experiences with the new team by saying, “We were lucky enough to win the event which is always a nice way to start sailing with a new team, everyone on the boat performed really well. But of course we have a lot of places to improve so that is exciting.” The team look forward to returning to the Mediterranean for the final event of the series in March.

Italia Sailing Team brought the wins when required and got themselves to the top of the leaderboard on equal points with FLUX Team, but missed out on the top spot due to their result in the last race of the regatta. Second place at this event secures them 11 points, and with a lower than expected performance by locals Team Neverland sitting at the top of the series table, putting the Italians just one point from the title.

Big waves and wind in excess of 25kts at times seemed not to suit the Monaco based Team Neverland. Guido Miani and crew have dominated the first half of the series by winning all events. The team clearly showed they have the skill in the light and difficult conditions we have seen so far this series but with their score this weekend they see the competition closing the gap.

Going into the final event in March it will be a tight 3-horse race with just three points separating Team Neverland, Italia Sailing Team and Cape Crow Vikings. The stakes are high and the stage is set for a thrilling finale 3rd-5th March.