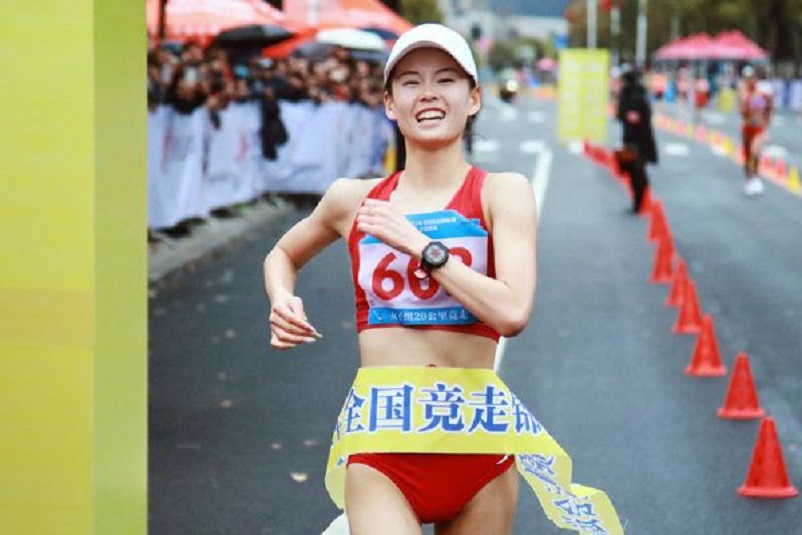 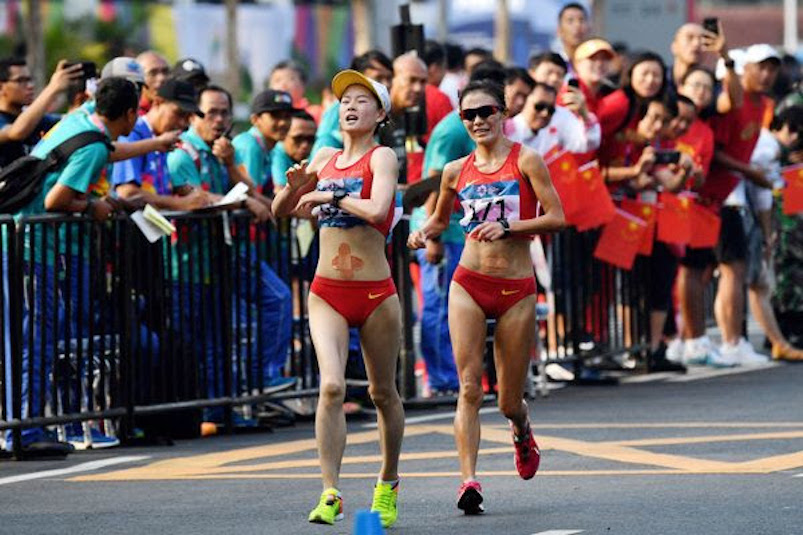 A disqualification in the closing stages of any race is a scenario that every athlete hopes to avoid.

Yang Jiayu, however, suffered that ignominy at the World Athletics Championships Doha 2019. During the defence of the world title she won two years prior, Yang was poised to move into a medal position with just one lap to go on Doha’s corniche, but she received her third warning for loss of contact and was forced to step off the road.

Since then, the 25-year-old has been in sensational form and has won all but one of her races. Her latest victory came on Saturday (20) at the Chinese Race Walking Championships in Huangshan where she broke new ground.

Yang made a break in the early stages and passed through 5km in 20:55. She reached halfway in 41:52 with a comfortable lead over world and Olympic champion Liu Hong and then gradually increased her pace in the second half.

Liu finished 38 seconds adrift, but was rewarded with a PB of 1:24:27. World silver medallist Qieyang Shenjie was third in a PB of 1:24:45, securing her spot on China’s Olympic team as the race served as a trial event for the Tokyo Games.

“My goal for the race was to break the world record,” Yang told Xinhua. “I walked in a very fast pace at the early stages. Then my coach told me to slow down a little bit and stay in a relatively comfortable pace. The last three kilometres was the most difficult part which was a challenge for my body.”

Born and raised in Wuhai in Inner Mongolia, Yang showed promise at an early age. As a teenager, Yang was coached by Alatan Gadasu, who finished 10th in the 50km race walk at the 2004 Olympic Games, and she started to make a name for herself domestically in 2012 when she won two of the U18 races in China’s National Grand Prix series.

She continued to progress during her teenage years and in 2014 she earned her first major international medal when finishing second in the U20 race at the World Race Walking Cup on home soil in Taicang.

Yang was undefeated in domestic races in 2015, her final year as an U20 athlete, notching up victories at the National Youth Games and National Race Walking Championships. Her only competitive outing outside of China that year was at the World University Games in Gwangju, where she finished fifth in the 20km race walk, despite being one of the youngest in the field.

Yang joined the Chinese People’s Liberation Army sports team, where she was coached by Jiao Baozhong, the 1997 East Asian Games 20,000m race walk champion. Soon after, however, Yang was selected for the national team and so came under the tutelage of 1984 Olympian Zhang Fuxin, who coaches several other notable Chinese race walkers, including 50km world champion Liang Rui and national 20km record-holder Wang Kaihua.

In March 2016, just two weeks after turning 20, Yang finished third in China’s Olympic 20km trial race. Her selection wasn’t guaranteed, but her 1:28:12 PB in that race certainly put her in the frame. Two months later, however, she finished seventh at the World Race Walking Team Championships in Rome – a highly respectable performance in itself, but she was the fourth Chinese athlete to cross the line and finished two minutes behind Qieyang Shenjie, whom she had beaten by just four seconds at the Olympic trial race.

The results of the race in the Italian capital proved decisive and Yang was named as a reserve for the Olympic Games in Rio, ultimately missing out on participation.

She made sure of her selection for the World Championships in London one year later, though – not just that, but she went on to win the world title in the British capital, clocking a PB of 1:26:18 in the process. In 2018 she finished third at the World Race Walking Team Championships in Taicang and added the Asian Games title to her CV.

But 2019 was more of a rollercoaster year for Yang. She opened her season at the National Grand Prix in Huangshan where she attempted to break the world record, but her race plan ultimately proved to be a bit too ambitious and she failed to finish.

She rebounded in June by setting a lifetime best of 1:25:34 to place second in La Coruna, beating Olympic champion Liu Hong in the process, but in Doha three months later Yang’s world title defence ground to a halt when she was disqualified for loss of contact, having covered more than 18 of the 20 kilometres. Her year ended on a high, though, when she won the World Military Games title on home soil in Wuhan.

Like most athletes, Yang had a relatively low-key year in 2020 and competed in a handful of domestic races while trying to keep her fitness ticking over for the postponed Olympic season.

The memories of missing out on an Olympic spot in 2016, combined with her experiences of the last World Championships in Doha, proved the perfect motivation when Yang lined up for China’s National Race Walking Championships in Huangshan this weekend. She said afterwards that she was extremely happy and satisfied with her performance.

Her next goal, she added, is to prove herself at the Olympics.