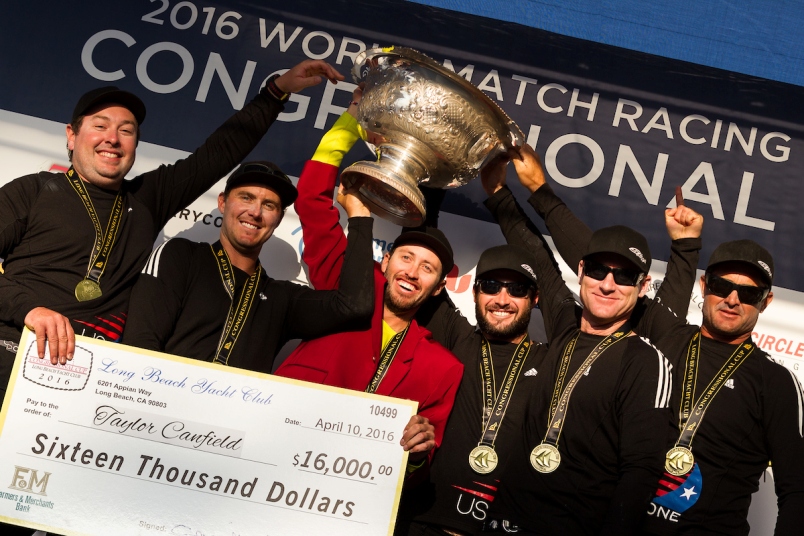 “There are a few events around the world that really stand out when it comes to match racing pedigree and tradition. The Congressional Cup is definitely part of that handful of events and we’re very excited to continue to build the next page in our mutual history book.” Robert Magnusson, CEO of Aston Harald Sports commented. The 53rd Congressional Cup will be the eighth time the event forms part of the World Match Racing Tour providing important ranking points towards the World Championship in match racing.

“We are delighted to once again be part of the World Match Racing Tour. Together we will attract some of the absolute best match racing teams in the world,” said Joe Seibert, Long Beach Yacht Club’s 2017 Congressional Cup Chairman continued, “Our stadium course off the Belmont Veterans Memorial Pier has seen some amazing bouts over the years and with the talent on the World Match Racing Tour this year we are sure we’ll see many more.”

Many of sailings biggest names have been etched on to the Congressional Cup. If this year’s entries want to have their name inscribed alongside Dennis Connor, Ted Turner, Dean Barker, Peter Gilmour, Ed Baird, Ken Read, Ian Williams and last years champion Taylor Canfield they will have to bring their “A”-game.

The WMRT Congressional Cup, as well as the qualifying event WMRT Ficker Cup, will be sailed in Catalina 37s – a proven monohull designed for match racing. This will put a twist on the 2017 Tour since they will be the only two events sailed in monohulls and may open up to some different skill sets among the big contenders for the World Championship title.