Home Football More woes on and off the field for Kelantan as Felda United... 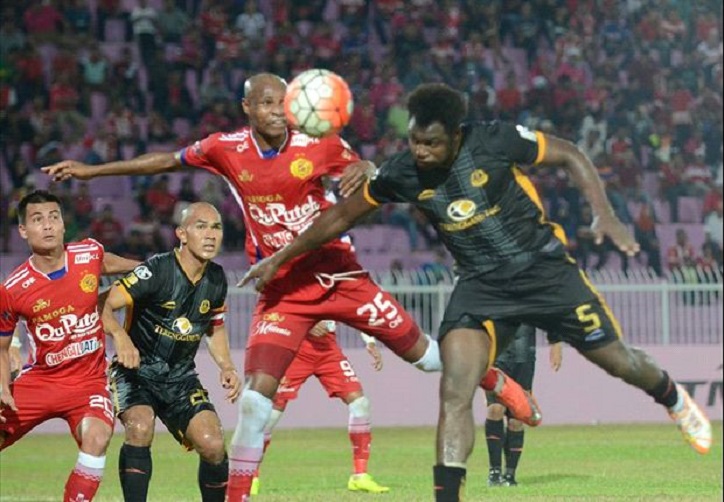 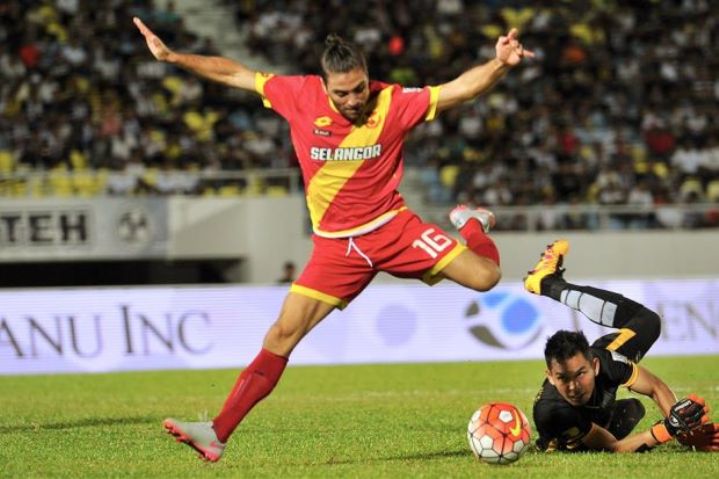 # Terengganu get their first win in five matches

# Perak snatch a 2-2 draw against Police

The wheels of fortune swung Selangor’s way at the newly renovated Shah Alam Stadium with an injury time winner from Adam Nor Azlin in their come from behind 2-1 win over T-Team in Wednesday’s Super League match.

T-Team, also known as Terengganu FC II, grabbed a 54th minute lead through Patrick Dos Santos but it was all square a minute later when Mauro Olivi once again proved that he is an asset to the Red Giants hit the equaliser.

While a draw was on the cards Adam Nor Azlin popped in the winner deep into two minutes of added time for a 2-1 win which saw the Red Giants dislodged T-Team to move into third place with 18 points. T-Team slipped to fourth place.

It was a night of misery for Kelantan. While the Red Warriors are in danger of being docked points for failing to settle the salaries of their former players despite Kelantan FA (KAFA) promising to do so by March 6, the 2-0 defeat by Felda United at the Tun Abdul Razak Stadium in Jengka, was their fourth in 10 matches.

Felda United lead the 12-team league with 24 points with defending champions Johor Darul Takzim second on 21 points but have a game in hand. JDT play Penang at home on Friday.

Terengganu checked their four-match winless run with a 3-2 win over bottom -placed Sarawak at the Sultan Ismail Nasiruddin Shah Stadium in Kuala Terengganu.

And it was Sarawak-born Joseph Kalang Tie who paved the way for the win over his homestate when he scored the opening goal in the 13th minute. Sarawak, however, took a 2-1 halftime lead with Ndumba Makeche’s equalising in the 17th minute before Brazilian-born Timor Leste international Junior Apareciado added the second from the penalty spot in the 45th minute.

However, skipper Nordin Alias picked up a rebound off the crossbar from a freekick by Gustavo Lopez to nod home Terengganu’s second goal in the 50th minute before Ashaari Samsudin drilled home a stiff grounder from outside the box for the winner in the 69th minute.

Pahang escaped with a 1-1 draw against Kedah at the Darul Makmur Stadium in Kuantan after the Red Eagles led 1-0 through a Fakri Saarani goal in the 26th minute. However, Pahang’s German Pocheco hit a half-volley that took a bounce and hit the back of the Kedah net after keeper Farhan Abu Bakar’s view was blocked.

At the Hang Jebat Stadium in Melaka it was a 2-2 draw between Police and Perak. Nazirul Naim Che Hashim snatched a vital point for Perak deep into four minutes of injury time.

Perak lead 1-0 as early as the second minute through a goal by Fadzrul Hazli but Police scored twice through Shafiq Jamal (60th) and Lot Abu Hassan (87th) before Nazirul denied them full points.

Meanwhile in the only Premier League match played on Wednesday, DRB-Hicom beat Sime Darby FC 1-0 with Croatian Ivan Babic netting the winner in the 34th minute. It was Babic’s ninth league goal.