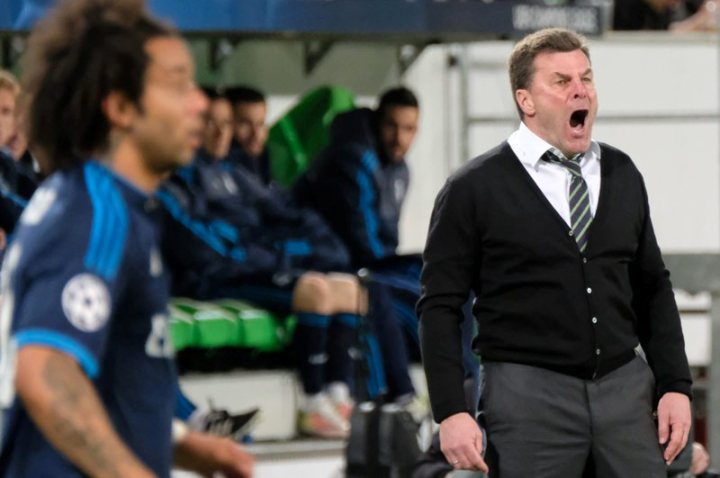 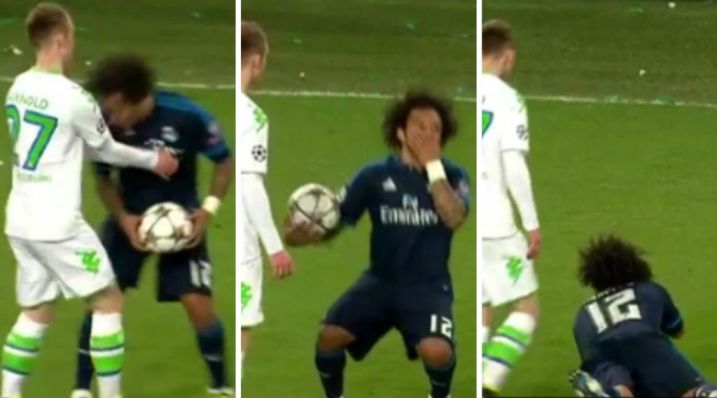 The Brazil left-back thrust his head towards Wolfsburg midfielder Maximilian Arnold’s chest in the 69th minute of Real’s shock defeat, then crumpled to the turf, clutching his face.

Arnold, who scored Wolfsburg’s second after a penalty from Ricardo Rodriguez, was shown a yellow card, while Marcelo escaped a booking for the incident.

“Marcelo is an actor,” fumed Hecking.

The Wolfsburg coach sought out the Real star at Wolfsburg’s Volkswagen Arena stadium after the game to tell him not to try anything similar for the return leg in Madrid on Tuesday.

“I told Marcelo to cut his acting out. He couldn’t have complained if he’d found himself no longer on the pitch after that scene,” added Hecking.

“Arnold got a yellow card he didn’t deserve. That annoyed me, because there was no need.”

Arnold gave a tongue-in-cheek answer when asked about the incident following his heated exchange with Marcelo on the pitch.

“We ended up talking about our haircuts,” said the German with a grin.

Marcelo’s theatrics were ridiculed on social media and drew comparisons to his fellow Brazilian Rivaldo’s play-acting at the 2002 World Cup.

Swiss full-back Rodriguez converted a penalty in the 18th minute before Arnold slotted home on 25 minutes to leave Real with it all to do next week in Madrid. – Agence France-Presse