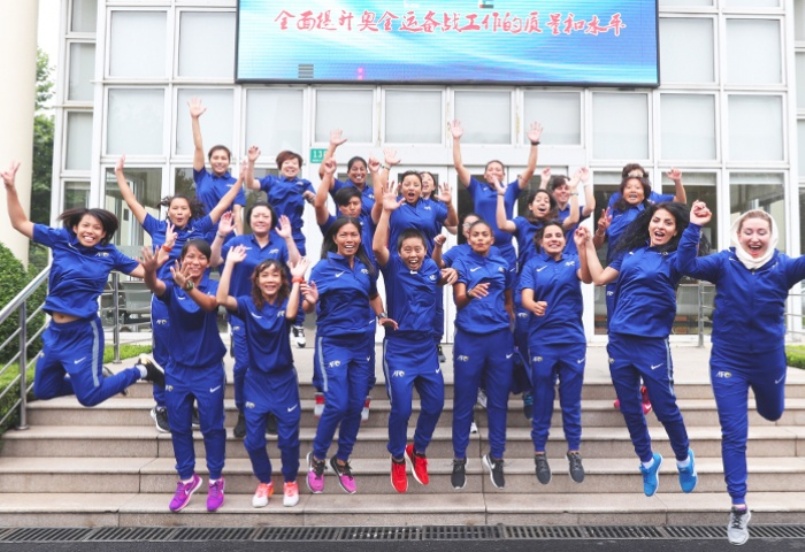 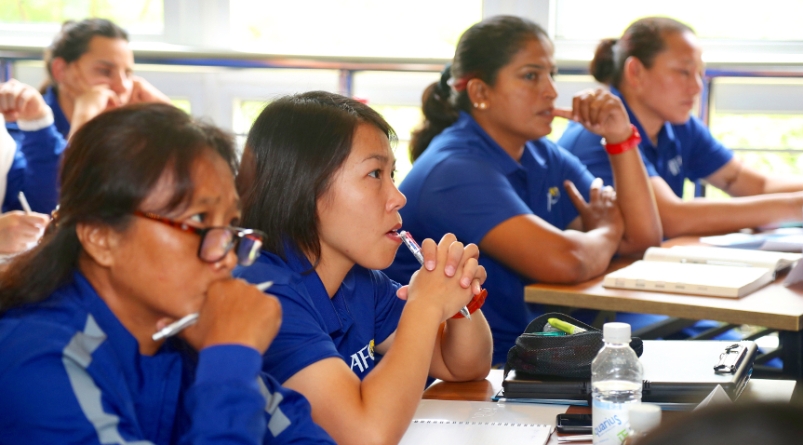 The first AFC Women’s Coaching Tutors Course taking place in Shanghai, China PR, this and next week, highlights the importance of coaching for women’s football development.

The 25 participants are leading coaches from 22 AFC Member Associations, with two participants from the continent’s biggest countries China PR and India, and a representative of the Oceania Football Confederation, the Papua New Guinea Football Association.

The main objective of the course is to train and promote talented women coaches to become coach educators, leaders and role models for future women’s team coaches. All the participating coaches have an ‘A’ or ‘B’ coaching certificate, a prerequisite for participation.

The tutors at the 10-day programme are the AFC’s Assistant Technical Director and Head of Coach Education Wim Koevermans and UEFA pro-licensed coach and former head coach of the Netherlands, Russia, Scotland and South Africa women’s national teams Vera Pauw. Both Vera and Wim are also former international players.

The course was initiated by AFC Women’s Football Committee Chairwoman Moya Dodd. She was awarded the 2016 International Olympic Committee Women and Sport Award and used the grant she received towards organising the first-ever AFC Women’s Coaching Tutors Course, with the AFC providing the bulk of the funding. UEFA also contributed to the course by providing Vera as an expert, and the Chinese Football Association (CFA) and Shanghai FA hosted the programme at the Shanghai Oriental Green Boat Training Centre, which is an elite athlete training centre, with national youth players on hand for practical sessions.

Moya said: “I am delighted to have the support of the IOC, in partnership with the AFC, to create this new course. Getting a better gender balance in coaching remains a big challenge in football, even though we have some high-profile success stories like Chan Yuen Ting in Hong Kong and Asako Takakura in Japan.

“Training 25 women across Asia and Oceania to become coach tutors will create a new dynamic in coach education, and amplify our progress towards gender equality in technical roles.  They will also have a strong network – each other – to help meet future challenges.”

Most of the coaches are taking part in a coach educator training programme for the first time. They will benefit from educational sessions to update their skills and football knowledge and the practical part of the programme in Shanghai includes attending two women’s team matches, one featuring a China youth team and another in the Chinese Women’s Super League.

Katayoun Khosrowyar, Head Coach of Islamic Republic of Iran women’s under-16 national team, said: “I was very lucky to be nominated for this course after being appointed head coach for the under-16 Iran national team. This course in Shanghai has been a great opportunity to reconnect with old friends and help me prepare for this new chapter in my life.

“This AFC tutors’ course is a “full package”, including new coaching techniques, styles and advice on how to be a more effective instructor to guide future coaches in becoming Asian role models. The CFA and Shanghai FA have been 100 percent helpful and hospitable in hosting us and making sure we have everything we need to have a successful course.”

Rachel Wadunah, Head Coach of Papua New Guinea women’s under-20 national team said: “I am very grateful for this opportunity that has been given to me. The course content is very informative and of high level football compared to where I come from. I am also amazed there are so many ‘A’ and ‘B’ license female coaches in Asia!

“I am the head coach of the under-20 national team and in four weeks’ time, we are going to play in the FIFA Under-20 Women’s World Cup qualifying competition. I will definitely use the learnings from this course in the campaign.”