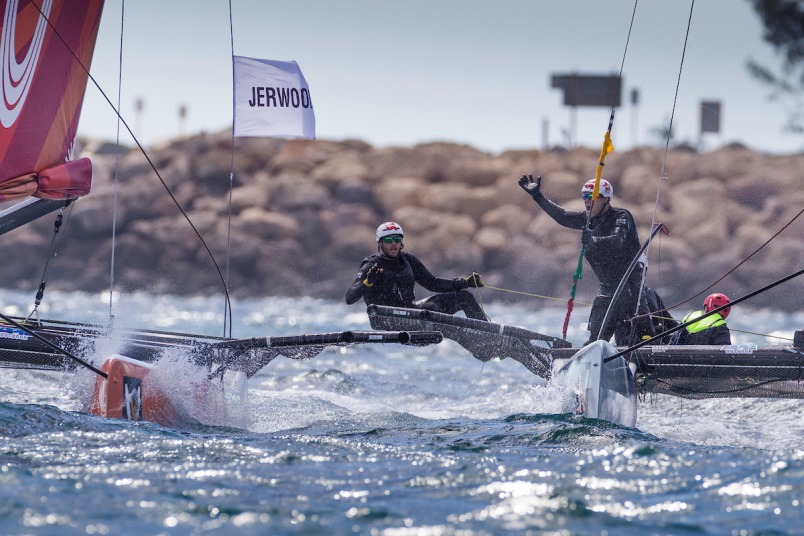 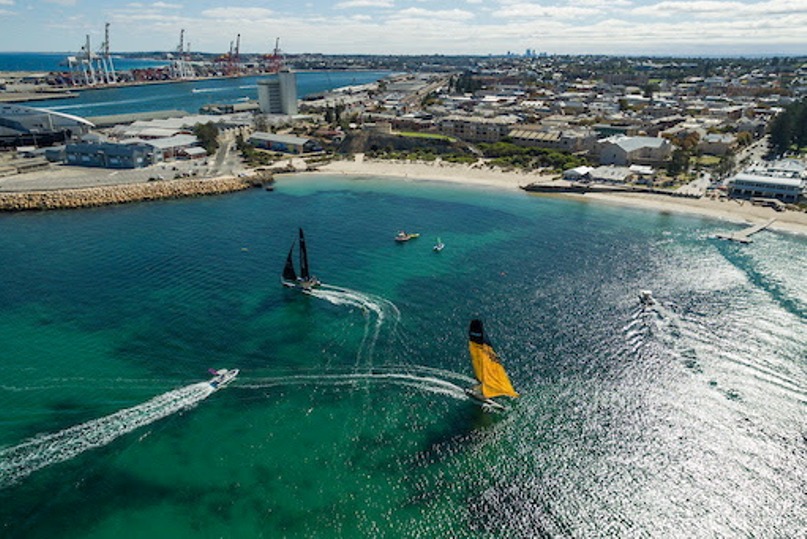 After last season’s success of the World Match Racing Tour’s first event in the Australian sailing hot spot of Fremantle the WMRT is proud to announce that it is coming back for seconds. The first event of the 2017 WMRT season in the chase for the World Championship title will be the WMRT Match Cup Australia in Perth, March 20-25.

“We are super excited to welcome the WMRT back to Perth.” says Australian Manager Skip Lissiman and continues “Getting a world class sailing event back to Western Australia has invigorated the whole sailing community. We love having the M32 catamarans at the local clubs in Perth, which has helped to strengthen match racing in the area. Match racing is a big part of the rich history of top level sailing events here in Western Australia. Being the second WMRT event sailed in the M32 yachts here in Perth we know what to expect and look forward to building on the public support from last year with even more spectators.”

The event will actually consist of two regattas over a ten-day period. The first three days, March 16-18, will be the WMRT Perth Match Cup, a World Tour level event. From this event the top two contenders will qualify in to the World Championship level event starting just one day later, the WMRT Match Cup Australia.

“We have quite a few local teams that have been focusing on the WMRT since last year. Matt Jerwood and his Redline Racing came in third in the WMRT finals in Marstrand and Steven Thomas, myself as well as my brother David are training hard for this upcoming season. I couldn’t be happier to see it come back to Perth.” Sam Gilmour skipper of the local team Neptune Racing comments.

Ten WMRT Tour Card teams are already qualified in to the event. These teams, who have won their Tour Cards due to their match racing ranking, prior results or via wild cards, are yet to be announced at this date. Four additional teams have also qualified to the WMRT Match Cup Australia after finishing at the top of the WMRT World Tour level events in Poland and Sweden earlier this year.

Three Scandinavian teams with the two Swedes of Nicklas Dackhammar, Essiq Racing and young Måns Holmberg, Typhoon X Racing together with the Danish Olympic medalist Allan Nørregaard will push for the top at the season opener in Perth.

For the hometown crowds there will plenty to cheer for since the event will see an Australian match racing star throwing his hat in to the ring once again. Torvar Mirsky, who finished second in the World Match Racing Tour 2010 losing the world title in the final match of the season to New Zealander Adam Minoprio, finished second to Dackhammar in Poland hence winning the qualification to WMRT Match Cup Australia.

Mirsky who last season tested the waters as crew for Steven Thomas after several years on the kite sailing scene has in the background built a new squad and is now ready to challenge for a permanent place on the World Match Racing Tour.