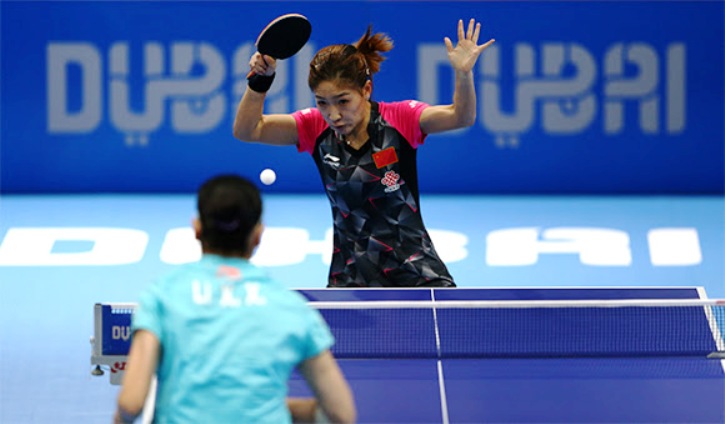 World number one Liu Shiwen has qualified for her fifth ITTF Women’s World Cup after claiming gold at the Nakheel 2016 ITTF-Asian Cup that concluded today, 30 March, in Dubai.

LIU has achieved success on all her four previous trips at the Women’s World Cups, and is now the most successful player alongside her senior ZHANG Yining. The 25-year-old will now aim for a historic fifth title at the 2016 ITTF Women’s World Cup later this year.

“I’m really happy to win this title today, especially after my early defeat at the ITTF-Asian Olympic Qualifiers just last week,” shared the champion. “I was indeed affected by that defeat, so for me to forgo that and be ready within  a week for this tournament was a challenge. I’m glad I overcame that.”

“Every time I have come to Dubai I have won a major title, so this is definitely my lucky and special place,” sharedXU after his victory.

“This is a major title, won against a very good player (Zhang Jike), so I am very pleased and my confidence is sky high. But this event is just a stepping stone to the Olympic Games. I will now focus on my training to keep my momentum up on the road to Rio.”

“This will help my chances to qualify for Rio, but the team is still not decided. I am trying to keep this situation out of my head, and just playing my best and focusing on getting good results.”