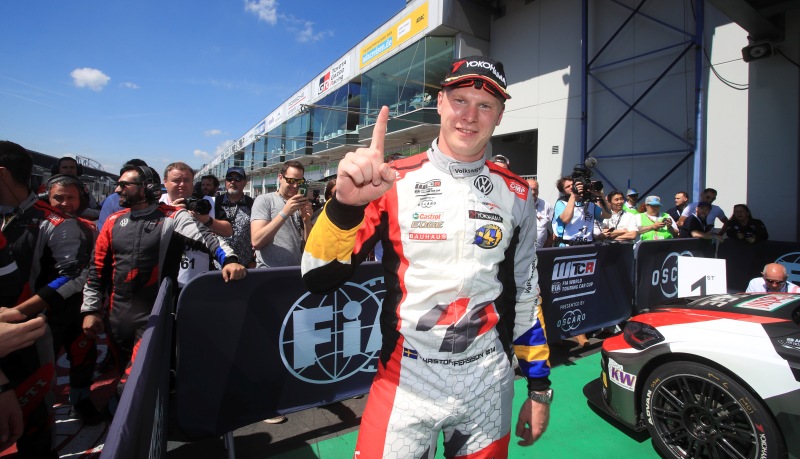 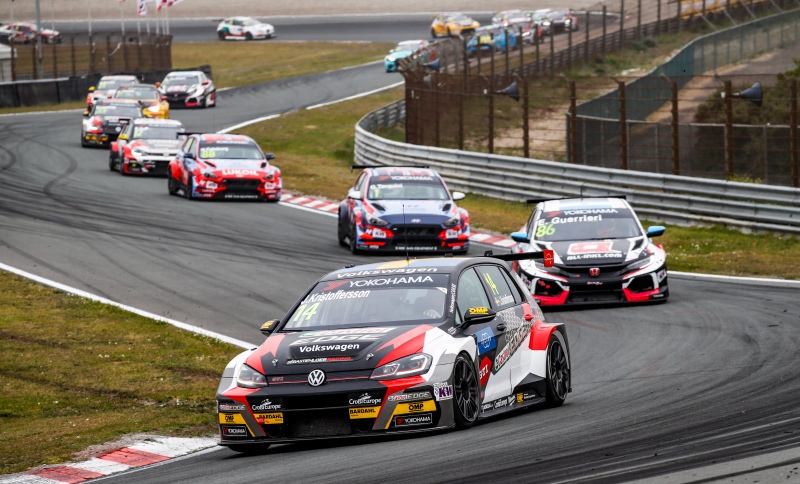 Sweden’s Johan Kristoffersson arrived in the WTCR – FIA World Touring Car Cup presented by OSCARO at the start of the 2019 season as a two-time FIA World Rallycross champion.

Despite claiming a breakthrough win at the Nürburgring Nordschleife in June, the Volkswagen-powered Sébastien Loeb Racing driver admits the move has been “one of the biggest challenges” of his career due to the “very high” level of competition. Ahead of the season-closing races in Japan, Macau and Malaysia this is what the 30-year-old has had to say.

Is the WTCR the hardest thing you’ve ever done?
“It’s one of the greatest challenges but rally was maybe one of the biggest challenges because I didn’t have much experience of rally before I moved into a very high level. Racing was more or less what I started with in 2008 so I knew more or less what to expect in many aspects. But for sure the level is very high in the WTCR, the field is very tight and there are a lot of good drivers, a lot of good teams. That [makes it] more of a challenge to get the proper results. There is no one who has been really dominating. There will always be a lot of ups and downs and I must be happy to have [had] some strong weekends and to get a really nice result at the Nürburgring on a very challenging track. WTCR has been a great challenge but I am also happy how it has turned out.”

Were you hoping for more?
“For sure you always want more and to be more able to fight for more points in every weekend. But you also have to be realistic. I am learning all the time and preparing a bit for the future.”

Has the WTCR met your expectations?
“To be honest I didn’t really know what to expect at all. For sure the Volkswagens were stronger last year with some very strong weekends. They had some front-row lockouts and we haven’t been close to that this year. But it’s always difficult to know what to expect when you come to a new championship, especially at this level. I would say in terms of my own learning curve on tracks it’s what I expected but the result is difficult to predict.”

Any occasions when you wished you weren’t on the #WTCR2019SUPERGRID?
“Not really, no. I started the season [with the aim] to learn the tracks, understand the racing, how to get the best possible results and really try to build experience for the coming events and next year. When I come to a new track for the first time I should feel more prepared now because we are further into the season, but I’m not, it’s all the time back at zero. All the remaining events are new tracks so it’s as much as possible about learning the tracks and getting the experience for the future.”

Given the challenges can you enjoy what you are doing?
“For sure, challenges are what all of us enjoy and it makes the success even sweeter when you get a win like at the Nürburgring. It’s even more nice to win when you feel you’ve been fighting and struggling for it. But I really enjoy it and I’m hoping all the hard work we’re putting in will bring something in the future.”

Has the fact you experienced so much success in 2017 and 2018 made the struggles of 2019 harder to take?
“Both years were fantastic in terms of results. In 2017 I was always looking forward and didn’t enjoy the moment at all. In 2018 I really tried to enjoy the moment a little bit more but at the same time I was so afraid of getting fat and happy. It was difficult. I let myself [go] for one or two days after the race weekend to enjoy the moment and try to absorb the good result and be really happy about it. But all the time I knew these days would end, it cannot continue like this. I expected one day to face the challenge, come to new things. This year is a lot of new things because I do the rally now as well, I have done my first gravel rally, I have learned many new tracks in WTCR so this year is all about learning.”

Why couldn’t you enjoy the moment in 2017?
“I was really afraid of not being prepared for the next event. I had a new team-mate, Volkswagen was also new so there were a lot of new things. We really tried to push very hard to be prepared and do the results we did. My biggest goal was to be the world champion. Of course, it’s a little easier the year after when you’ve already achieved your biggest goal and then the next season I had so much more experience. We knew all the tracks and it felt much easier. I also understood this season might be the best I will have in my career so I tried to enjoy it.”

What do you hope to achieve next year?
“My plan is to be more prepared next year but [WTCR is] a really tough championship and you will not be able to run away with the trophy, it’s impossible. You have to be really sharp, all the way through the season. And you have to fight really hard for fifth place, for sixth place, for seventh place because in the end those points might really count for the season and you have to be focused on every braking, every turn, every corner, every practice through the whole season to be able to fight for the championship. But even if you are really prepared and have all the experience in the world it will be a tough challenge.”

As well as racing in WTCR / OSCARO you’ve taken part on a number of rallies this season, including Rally Finland? What was that like?
“The first proper day in the forest was really tricky. I faced so many new challenges and I was not happy, it was really tricky. My pace was not at all what I wanted but the second day was a lot better. I had some sleep, I tried to reset, to re-focus. I used my experience from Friday to make a big step on Saturday then on Sunday I was on the pace with the top guys [in my class]. The progression was very good but I never expected to achieve the result I did in the end.”

You came close to winning the Swedish rally title, too?
“The season in the Swedish championship has been a very high level. My approach has been to learn for the future and without the mistakes I have done in Sweden this year, retiring from two rallies, I would never have got the result I did in Finland. I have been pushing the limits, going over the limits to see where the limits are for the future. The target was not really to take safe points, but I used it for the future so next year we can be fighting for the championship.”

Having impressed on snow and gravel, a Tarmac rally must be next, right?
“For sure, I am really keen to try a Tarmac rally. Spain would have been fantastic but it clashes with Suzuka. It’s a Tarmac rally with very clean roads, not too many cuts, and I have to try this first before I get to the dirty Tarmac. But then again you are really back to zero because you believe you can drive on Tarmac but rally Tarmac is not like what we have in WTCR. It’s really tricky.”