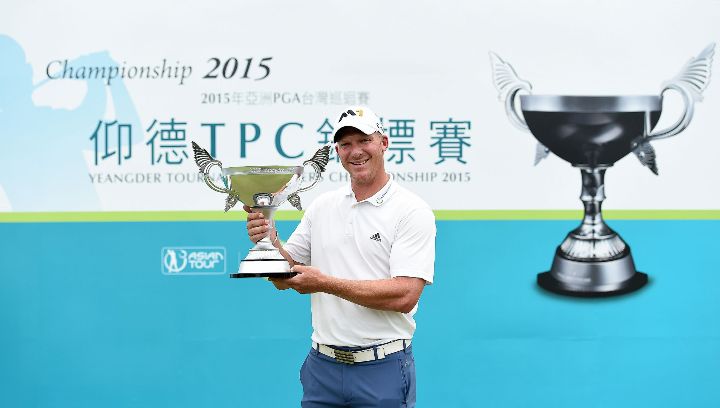 The Yeangder Tournament Players Championship (TPC) is set to feature prominently on the Asian Tour Schedule following the Yeangder Group’s commitment to sponsor the popular event for another three years.

The seventh edition of the US$500,000 event will welcome the return of the best players from the Asian Tour to the Linkou International Golf and Country Club from June 30 to July 3.

Last year, South Africa’s Shaun Norris earned himself a dream victory when he clinched the Yeangder TPC under challenging conditions in what was his first visit to Chinese Taipei and also his rookie season on the Asian Tour.

Established in 2010, the Yeangder TPC has witnessed its fair share of drama and titanic battle between Asia’s finest over the years.

Thailand’s Thaworn Wiratchant notched his 12th and 16th Asian Tour victories at the 2010 and 2013 editions respectively.

In between the Thai veteran’s wins, the Yeangder TPC also celebrated other worthy champions in local favourite Lu Wei-chih (2011) and India’s Gaganjeet Bhullar (2012).

Prom Meesawat of Thailand ensured he did not have to wait any longer for another Tour win when he ended an eight-year title drought to win the Yeangder TPC in 2014.

Emmet Hsu, Chairman of the Yeangder Group is confident the Yeangder TPC will continue to establish itself as a highly popular event with both players and fans especially with the extension of its partnership with the Asian Tour.

“On behalf of Yeangder Group, we are delighted to commit to the extension of the Yeangder TPC. The Yeangder TPC has enjoyed great success since it was inaugurated in 2010 and we look forward to seeing more top-notch golfing action from Asia’s best players.

“Golf in Asia has been on the rise over the years and we are pleased to be part of that exciting development,” said Hsu.

As golf will be making its return to the Olympics in August, Hsu believes the Yeangder TPC will provide leading Olympic contenders with a final chance to seal their entry to Rio de Janeiro, Brazil with July 11 as the qualifying cut-off date.

“It’s also going to be very exciting for players who are battling for a spot at the Olympics. With crucial world ranking points on offer at the Yeangder TPC, aspiring Olympians will have further motivation to do well that week,” said Hsu.

Asian Tour Commissioner Kyi Hla Han meanwhile paid tribute to the strong support from the Yeangder Group and believes the Yeangder TPC will continue to establish itself as one of the premier events on the Asian Tour.

“On behalf of the Asian Tour and our talented players, we are delighted to extend our partnership with Yeangder Group. The Yeangder TPC has always attracted the best talents from the Asian Tour while also giving opportunities to others to compete against the best.

“It is one of the most popular events on the Asian Tour and with the continued support from Emmet Hsu and his team, the Yeangder TPC can only grow from strength to strength,” said Han.