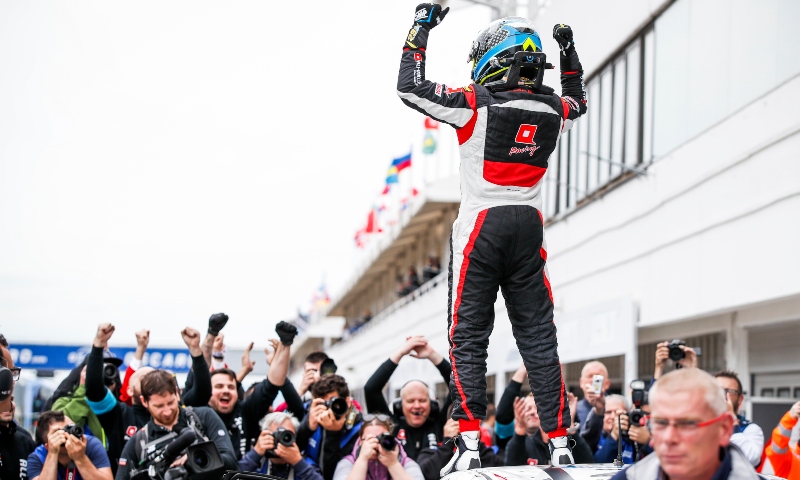 “You have to choose the moment to be tough, there are more things to lose than to win if you are tough every time”

So far, the ace Argentine, 31, has yet to mount a sustained title challenge, with his efforts to become King of WTCR in 2020 foiled by a huge crash at the Slovakia Ring. But a solid pre-season and a firm plan to make the most of lessons learned in the past means confidence will be high for a stronger and tougher ‘Bebu’ when racing begins on the Nürburgring Nordschleife from June 3-5.

The 2021 WTCR season start is getting closer. How happy are you with how testing has gone?
“It has been really, really good. We were struggling a lot in the Aragón races last year and we were not on the pace. To fight for a title, you need to finish the season high and take the opportunities to go and fight. So, we were in Aragón trying to see where we can improve and so far, so good.”

Last season was intense to say the least with six events between mid-September and mid-November. What was it like as a driver?
“It was really strange not being able to race until September and having to wait so long. At one point I was thinking maybe the season is not going to start. Finally, we could do the best out of it, the organiser, the promoter did a very good job and they put together six European rounds in a really, really difficult situation. But it was really hard from the drivers’ point of view because we had tight weekends with a lot of races and back-to-back events. It was a short season, but it was ‘pump, pump, pump’ and for drivers you could not think and re-think about the mistakes. You had to keep going. It was completely different preparation, it was really, really difficult for everybody.”

You won the first race of the season at Zolder, scored that spectacular pole on the Nürburgring Nordschleife but you then had that huge crash at Slovakia Ring. How did that impact on your season and was Nürburgring a race you should have won?
“To be honest at Zolder the maximum we could do was P10 [in qualifying] and that was the first surprise for us because Zolder is a track where normally for Honda should be really good because it’s tight corners and not so long straights. We maximised our potential there with this P10 that became P1 in the reverse-grid race and this gave me the opportunity to go out of Zolder with a good quantity of points. Our car was really good for the Nordschleife and we did an amazing lap. The team did fantastic work in preparation because we were testing there and we knew we had a strong pace. We took this opportunity to make the pole that was 10 points for that race. It was one of the crazy things I have done in my life to go onto the Nordschleife at night, I will remember that pole forever. Slovakia was the break point where I felt we lost the possibility to fight for the title in Race 1 when we had this misunderstanding between Esteban. Then we had the crash in Race 2.  After Race 1 I had no time to cool down, but I have to learn from that mistake. When you see the impact, I also had the opportunity to avoid that by not closing the door so quick. The other driver [Jean-Karl Vernay] could avoid but it’s just a question from my side to see how to do better in the future.”

You hit back in Hungary, but did the Slovakia crash effect you more than you perhaps thought?
“We had the 1-2-3-4 for Honda in Hungary, it was a strong race after Slovakia, even if I had lost the possibility to fight for the title. The crash was hard, but it looks from the outside harder than inside. Because of my good preparation, in terms of physical training with the neck and all the exercises we do to be strong, this was very important because the moment you have this big impact, if you are not in good physical form, it can hurt more than it did. For that situation drivers have to be really well trained and prepared. I’m proud that I could go ahead without any physical consequence but of course there were consequences for the sporting side. I lost a lot of points and the possibility to keep fighting and reduce the gap with Yann [Ehrlacher].”

Looking to the 2021 calendar, does having tracks like Vila Real, Adria and Macau on the schedule give you more hope of a strong season?
“Definitely. From my side I’m feeling more prepared than ever. I’m training really hard, I’m doing everything to fight for the title, but to fight to the end, not lose any opportunity, any points. I also need to avoid mistakes from my side and help the team to develop the car as fast as we can during this pre-season. Mentally I am very strong and also physically. This season is my third season in WTCR and I felt like the first two seasons I was learning a lot and now I feel really, really well prepared to go for it. This is the time for Honda to get the title and I will push 100 per cent to do it.”

What can you improve with your driving?
“I know better now the rivals, the tracks, the teamwork, how to extract the maximum from the car but also the maximum from the track and every secret tracks might have. I’m racing with drivers that have a lot of experience on European tracks. I have a lot of experience of South American tracks. Now I have three seasons in Europe and it makes you know a little bit better the culture, how to attack, how to defend and I discover a lot of secrets that I didn’t know at the start of my WTCR campaign. Now I feel it’s the time to go for it. To be honest in the first year of WTCR I was leading because of my speed and because the car was really good. But I did not have so much consistency. I feel I have the feeling for the car, how to make it faster, how to attack. Every year you become a better driver but every year I am getting more used to the European system.”

How can those titles in Argentina help you as you prepare for this season?
“The first championship is the most difficult because to become champion is something really, really difficult, even if it’s just a national championship. But it doesn’t matter. Becoming a champion is something special and you have to do it very well. You have to do less mistakes than the others and these championships released a weight from my back at that time and now I am feeling really, really confident for this season.”

MORE ON GIROLAMI: REVISIT WTCR FAST TALK, HE’S THE ‘BEBU’ BUT CAN HE BE THE MAN
“It was quite different, really tough and I didn’t speak any English words so I had to study every day and learn as fast as I could [before my WTCC debut in 2015]. The Honda was carrying 60 kilos and on the long straights of the Slovakia Ring it was not the best condition to debut. But I was in the top 10, I qualified in front of [Gabriele] Tarquini, who was with the official team and this was a very good reference for me.”