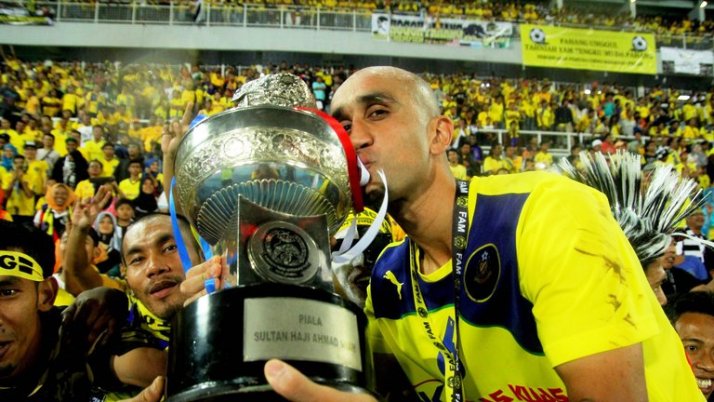 The names Dickson Nwakaeme, Matias Conti and Damion Stewart lighted up the M-League while playing for Pahang but they are all history now.

Instead of them Pahang hope to write a new chapter with new names like Slovenian defender Nejc Potokar, Brazilian and Argentine strikers Felipe Alves and German Pacheco. The trio will joining Pakistan defender Zesh Rehman who has been retained in the new look squad.

Also gone are head coach Zainal Abidin Hassan whose move to Selangor is shrouded with controversy – replacing Australian Mehmet Durakovic who won the prestigious Malaysia Cup for the Red Giants with a 2-0 win over Kedah in the final on Dec 12.

Pahang have replaced Zainal with his assistant Ahmad Shaharudin Rosdi who has taken up the challenge to rebuild the Elephants into a formidable side in the M-League after a miserable season in 2015 – finishing empty handed. In the process Pahang surrendered the Malaysia Cup and the FA Cup.

Shaharudin believes that the three new foreigners are an asset to the team and “perfect replacement” for those who have been dropped.