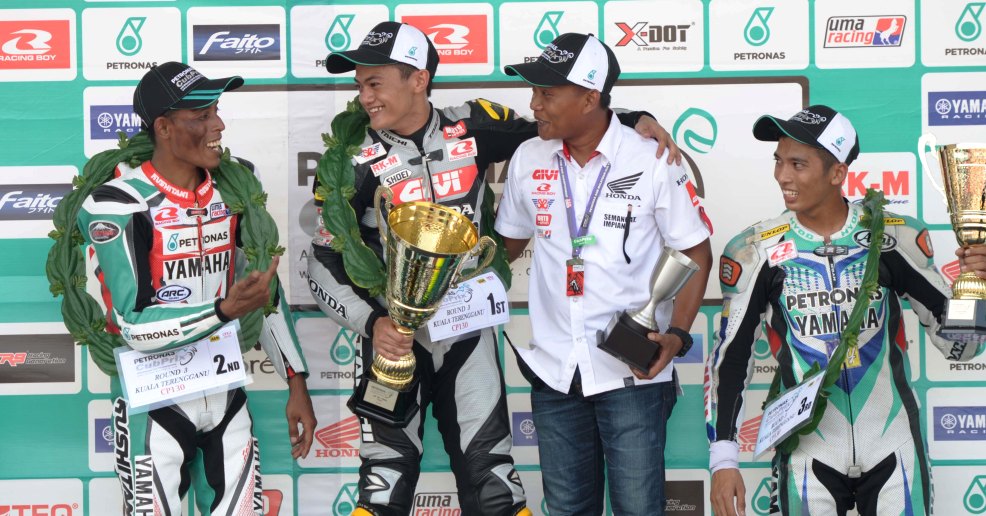 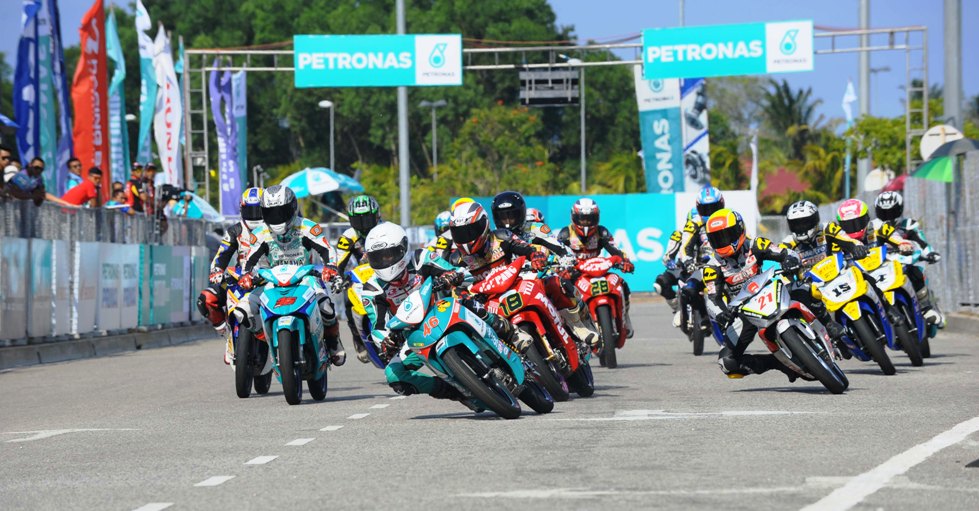 Mohd Zaqhwan Zaidi received a confidence boost ahead of his impending World Superbike (WSBK) wildcard entry as he capped off a perfect weekend in the Terengganu PETRONAS AAM Malaysian Cub Prix Championshipwith another victory on Saturday.After acing every single practice session in the CP130 class, Zaqhwan earned the right to park his bike on the coveted pole position. However, the 19 year-old rider did not have the best of starts.

Engulfed by the swarm of riders as the lights went out, Zaqhwan found himself slipping down the order, especially when surrounded by PETRONAS Yamaha-CKJ rivals.The determined youngster was not about to put up the white flag. A masterful display of riding technique and skill saw Zaqhwan powering past Affendi Rosli and Ahmad Afif Amran. By the time Zaqhwan reached the second position, he was more than a second away from leader Ahmad Fazli Sham with the number of laps ticking down.Undeterred, Zaqhwan ramped up the power and closed down the gap within two laps. A final aggressive move forced Fazli into a mistake, and it was the opening that Zaqhwan had been looking for.The Givi Honda Yuzy Racing rider in the end completed the gruelling 18-lap race in 12’27.695s while Fazli Sham settled for second and Afif Amran third with 12’30.120s and 12’30.883s respectively.“It was an incredible race. The Yamaha riders were extremely fast and I had a tough time trying to get ahead of them. But somehow, I managed to plow through their defense and by lap-13 I was already behind Fazli. He lost control of his bike going into turn one and I capitalized on his error. Thanks to Shahrol Yuzy and Givi Honda Yuzy Racin engineers for giving me a great bike today,” said an elated Zaqhwan.Overflowing with joy, Zaqhwan’s confidence for his wildcard entry in the World Superbike (WSBK) next month was also lifted.“Winning here (Terengganu) gives me the motivation and confidence to do my best for my WSBK wildcard entry. I am not expecting a podium or anything but I am certain I can leave an impact having spent the past couple of years racing in the Asia Road Racing Championship. I’m really looking forward to it,” added the Banting born rider.Hauling 50 points from this round, Zaqhwan regains control of the CP130 overall standings followed by rookie, Afif Amran with 49 points and Fazli Sham third, 40 points. 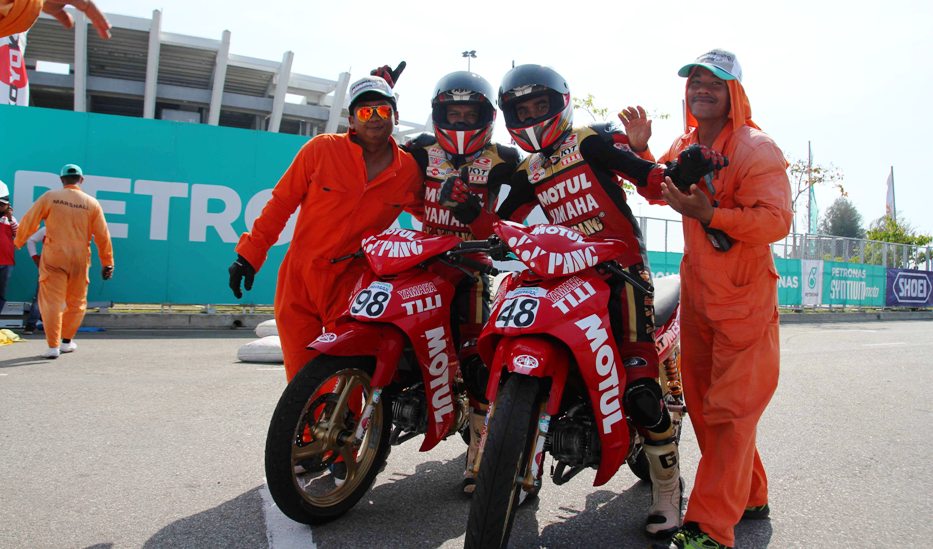 Meanwhile Zaidy Mohd Zaifaizal signaled he is back in business as he rode to his season’s first victory in a dramatic CP115 race that was red-flagged with three laps remaining.