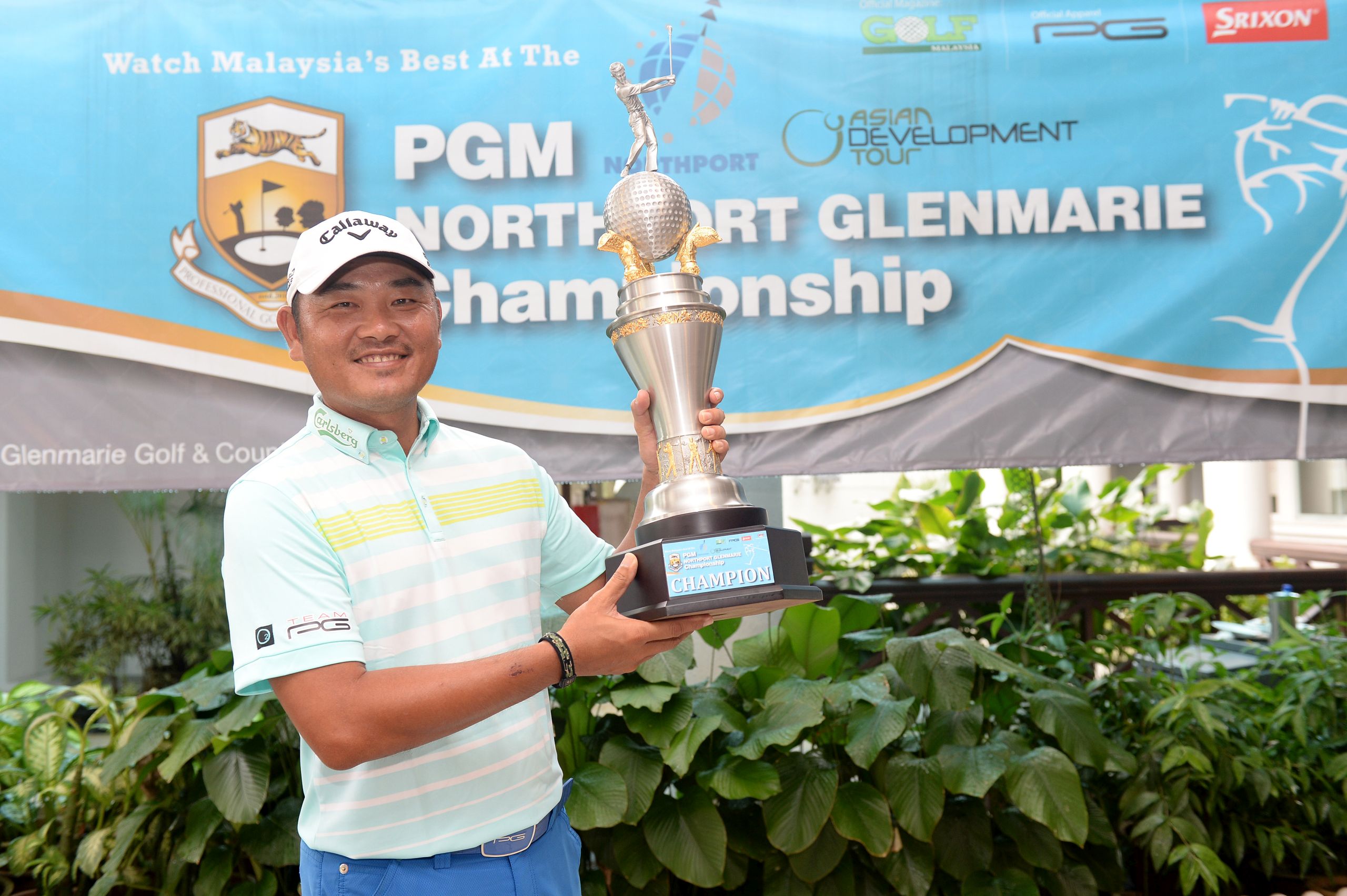 Chia, who is still recovering from a shoulder injury, closed with a four-under-par 68 and had to go the distance with the talented Sattaya after they tied on 13-under-par 275 in regulation play at the RM200,000 (approximately US$60,000) Asian Development Tour (ADT) event.

Sattaya bowed out from the third extra hole on 17 to settle for second while Thailand’s Piya Swangarunporn finished third with a closing 67 to mark his best finish on the ADT this season at the Glenmarie Golf and Country Club, Garden course.

Sattaya and Chia had to endure an agonizing wait before playing in the play-off as lightning forced a two-hour suspension just after the end of regulation play. The first two playoff holes were played on the 18 before moving to the 17 where Chia emerged victorious.

He became only the second player following Elmer Salvador of the Philippines to successfully defend his title on the fledging ADT, which was inaugurated in 2010.

Reigning ADT Order of Merit champion Nicholas Fung of Malaysia signed for a 68 to share fourth place with Thailand’s Suppakorn Uthaipat on matching 277s at the PGM Northport Glenmarie Championship, which is the fourth leg on the ADT this season.

Chia was pleased to return into the winner’s circle again after spending most of 2013 on the sidelines after undergoing a surgery to remove bone fragments which were pressing on a nerve.

“I feel fantastic right now. I was feeling nervous during the rain-delay actually. I just can’t wait to get out to the course! My putting helped me a lot today. I managed to hole a lot of good putts,” said the 41-year-old Malaysian.

“I still need a bit of rehab to regain strength in my right arm. The doctor is not convinced that I should start playing now because I’m not 100% recovered. I try to play two weeks and take two weeks off,” added Chia, who was the first Malaysian to win on the Asian Tour in 2002.

Chia also dedicated the victory to his wife and mother in celebration of Mother’s Day on Sunday.

“It has been a tiring week honestly having to play more than 18 holes a day but I am feeling great right now. I can’t wait to go home and celebrate with my wife and mum tonight! It will be a double celebration for us since it’s Mother’s Day tomorrow,” Chia smiled.