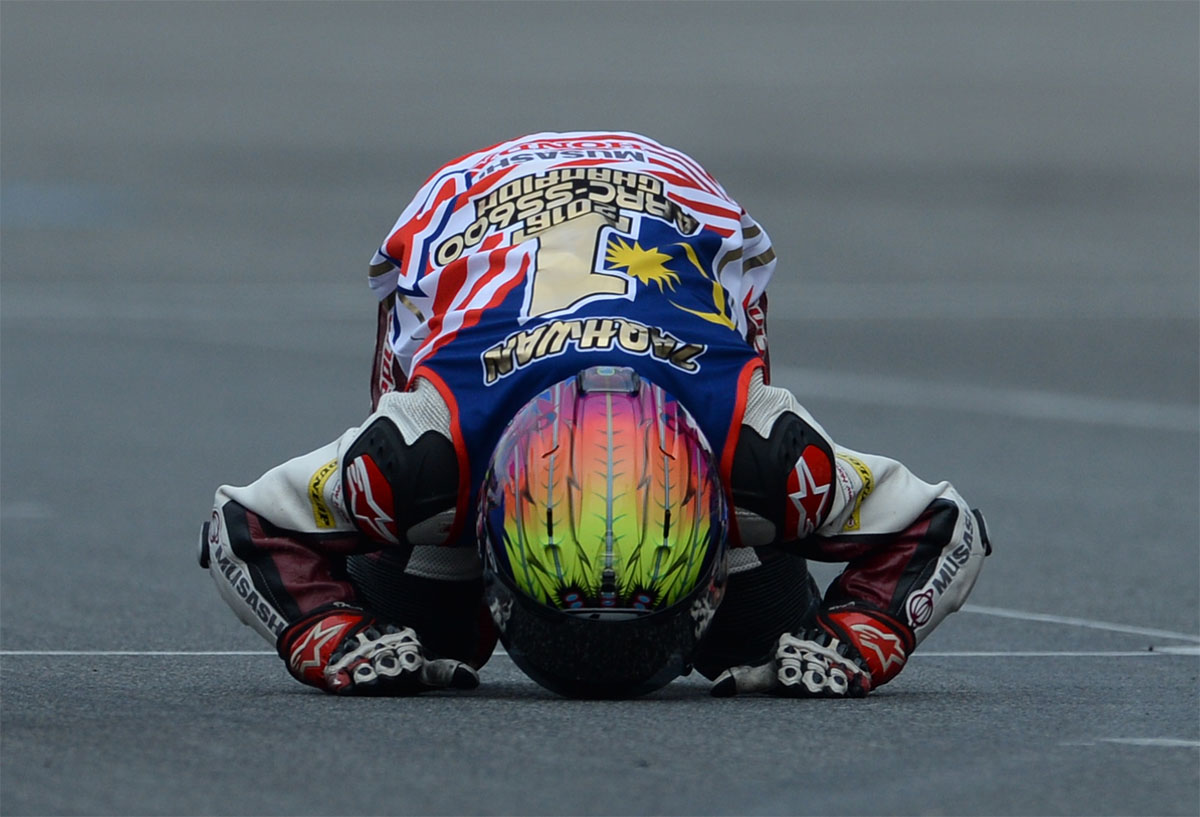 MUSASHi Boon Siew Honda rider Mohd Zaqhwan Zaidi became the FIM Asian SuperSports 600cc champion for the second time in his career when he did just enough to lift the 2016 trophy at the final leg of the FIM Asia Road Racing Championship in Buriram, Thailand.

When the race weekend began, the 21-year-old Malaysian was one of four riders within shot of the title. The unexpected results from Race 1 on Saturday whittled the field down to only two when defending champion Yuki Takahashi and Azlan Shah Kamaruzaman were eliminated from the title chase. As the 19 SuperSports 600cc riders lined up on the grid for Race 2, there were only six points separating championship leader Tomoyoshi Koyama to Zaqhwan. In order for Koyama to win the title, all he had to do was shadow Zaqhwan for the entirety of the 18-lap race. On the other hand, Zaqhwan would need to hunt down a 6-point advantage over his Japanese rival. 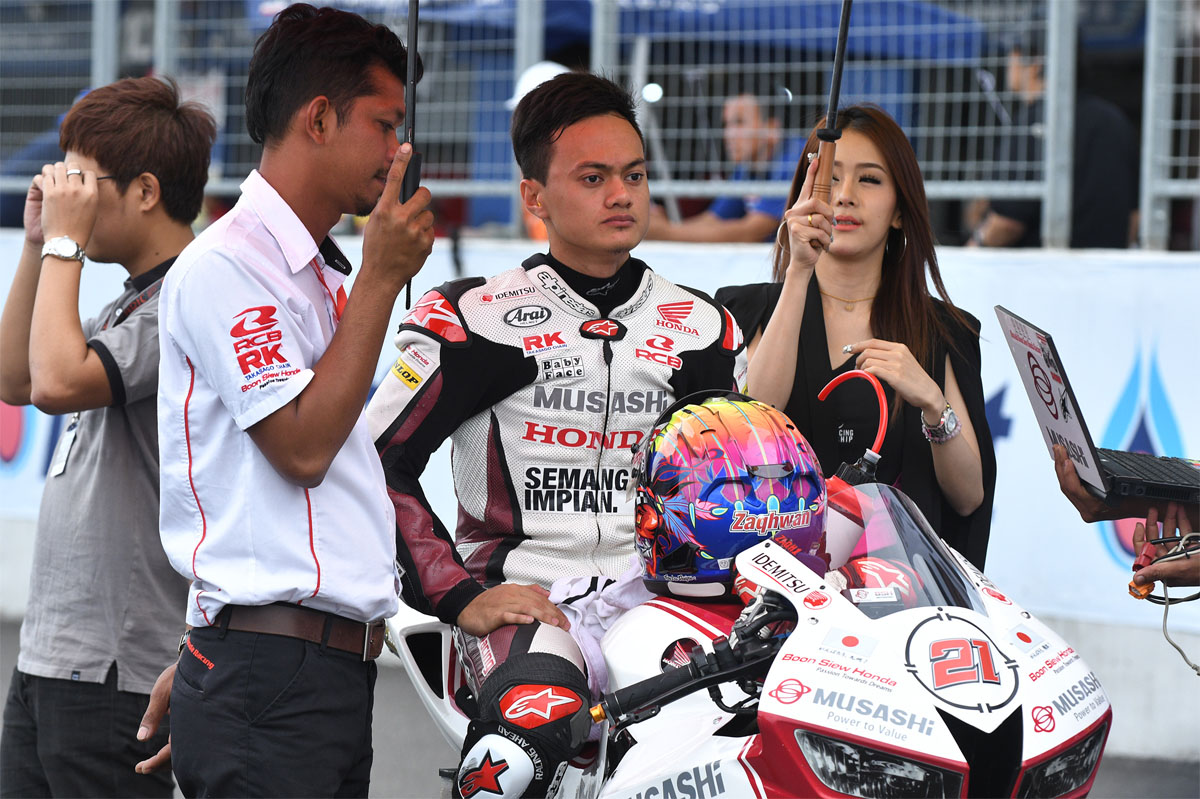 The final race of the season flagged off with Zaqhwan starting from seventh on the grid. Ahead of him, team Yamaha Thailand Racing stamped their authority on the Chang International Circuit when long-time collaborators Decha Kraisart and Chalermpol Polamai effortlessly swept into the lead. As the two Thai riders created a gap at the front of the field, Azlan Shah lost third position to Australian Anthony West.

While the leading group sped away at the front, Zaqhwan and Koyama were initially stranded within the third group, fighting against Indonesians Ahmad Yudhistira and Dimas Ekky Pratama. Koyama stuck close to Zaqhwan’s bike for the first eight laps. At that point, the Japanese rider would have won the title.

Unfortunately for Koyama, disaster struck at the midway point of the race. The Japanese rider was forced to the side of the track when his engine malfunctioned at the start of Lap 9. This automatically handed the title to Zaqhwan, on the condition that the MUSASHi Boon Siew Honda rider must finish the race within the top 10.

Zaqhwan was well within target, pacing consistently in ninth position. A second windfall at the last corner, when Zaqhwan’s own team mate Yuki Takahashi ran wide, boosted the Malaysian rider’s position and allowed him to better his finishing position in sixth place.

The results from Race 2 brought Zaqhwan’s points haul to a total of 162 points. Koyama is second overall with 158 points while Azlan Shah Kamaruzaman ended the season in third overall with 142 points.

“I honestly did not know that I had won the title. There was no information on my pit board and I was unaware that Koyama had retired halfway through the race. I was just focusing on pacing myself and making sure that I finished as high as I could. I was surprised to be greeted by the pitlane marshalls and instructed to ride to the podium. That was when I saw my team celebrating our fifth Asian win,” said Zaqhwan.