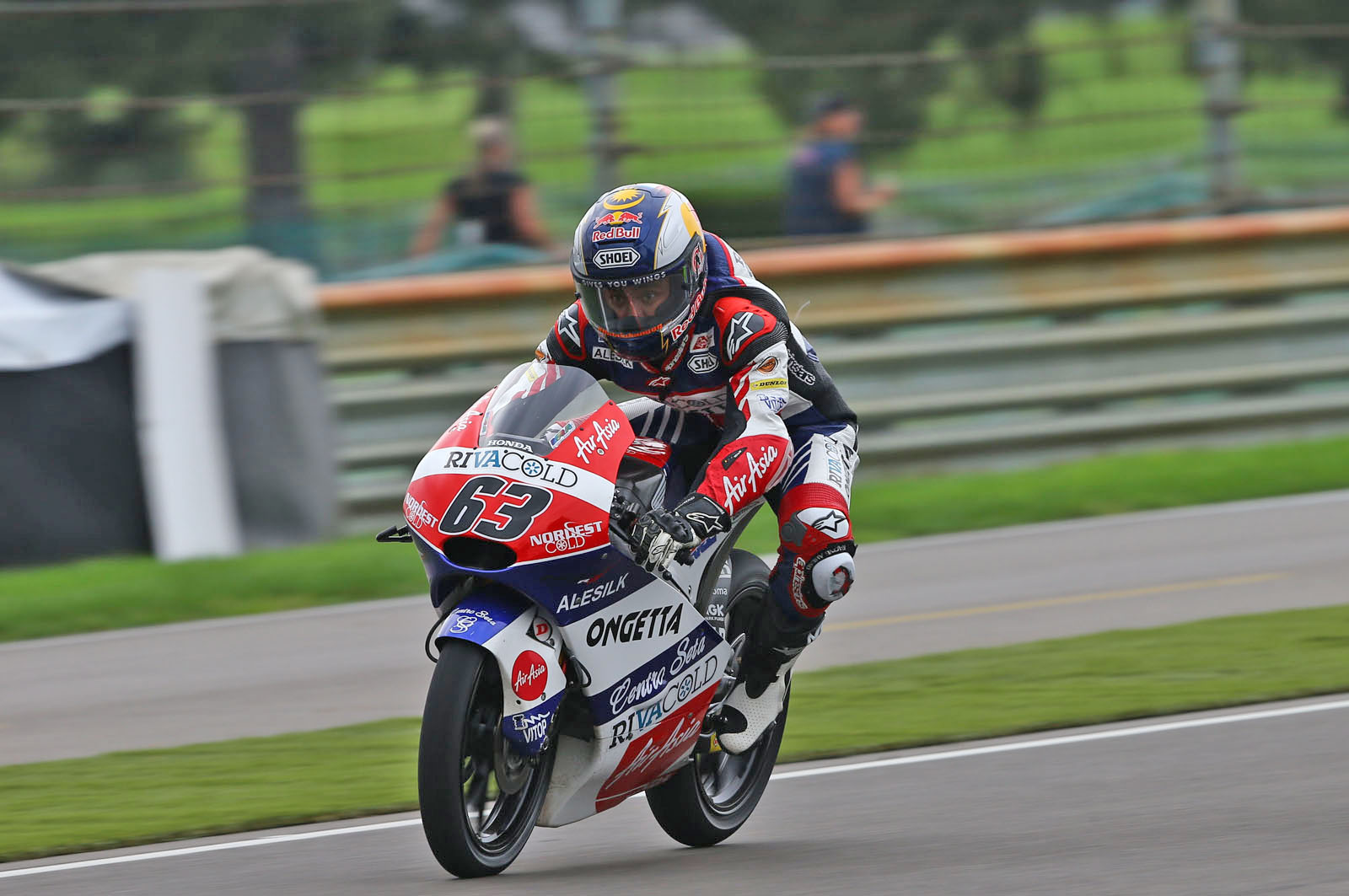 Malaysia’s Moto3 rider, Zulfahmi Khairuddin,must improve his performance at the start of the every race if he hopes to secure better results and in the process improve his overall standings in the Moto3 World Championship.

Zulfahmi, who rides for the Ongetta-Airasia Team, concluded this after the Aragon Grand Prix where he recovered from a poor start to finish just in the points. “I did not start well in the race. I did not have the confidence with my bike early in the race and on the wet track,” said the 23-year-old Zulfahmi. “But towards the end, I discovered my rhythm and managed to pass many riders.”

After a difficult race in treacherous conditions, which resulted in several crashes, Zulfahmi managed to cross the line in 15th position. It was the seventh time this season he finished in the points. He is currently in 20th position with a total of 17 points.

Another Malaysian rider competing in Moto3 in Aragon was Amirul Hafiq Azmi from Team SIC-Ajo. The rider managed to overcome the severe conditions to complete the race in 19th position. It was a good finish considering the conditions and the fact that he started in 28th place on the grid.

Among the casualties in Sunday’s race were MotoGP championship leader Marc Marquez, Dani Pedrosa and Valentino Rossi. Marquez and Pedrosa remounted to finish 13th and 14th respectively while Rossi had to undergo a scan after being knocked unconscious by the heavy crash.

Although he was in the points, Zulfahmi was far from happy. “I feel 15thwas not very good but I hope to improve in the next race (in Japan on Oct 12) especially at the start of the race where I am a weaker compared to the other riders,” explained Zulfahmi, whose best performances this season were fifth positions in France and Italy.

Zulfahmi went on to say that his bike was in good condition and thanked his team and everyone involved in with the team for their support.

The Malaysian riders have two more races in Japan and Australia to prepare for the Shell Advance Malaysian Motorcycle Grand Prix from Oct 24-26. Zulfahmiand Amirulwill be among six Malaysian riders, including two wild cards, who will be in action in Sepang.