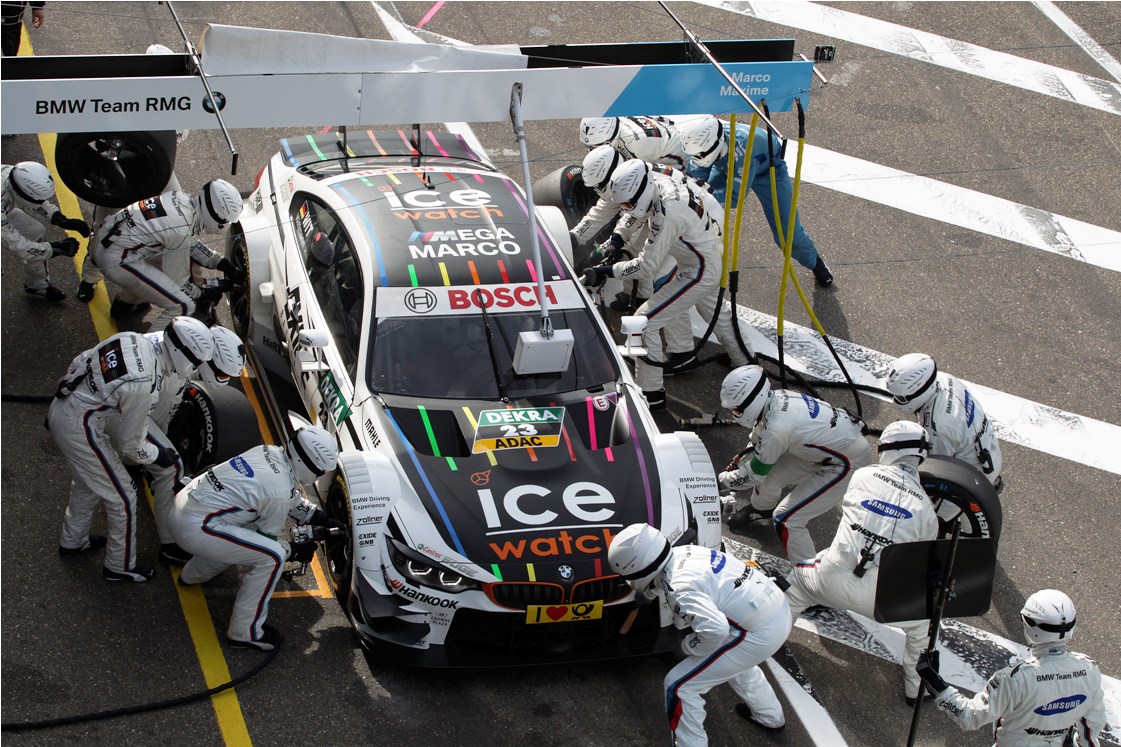 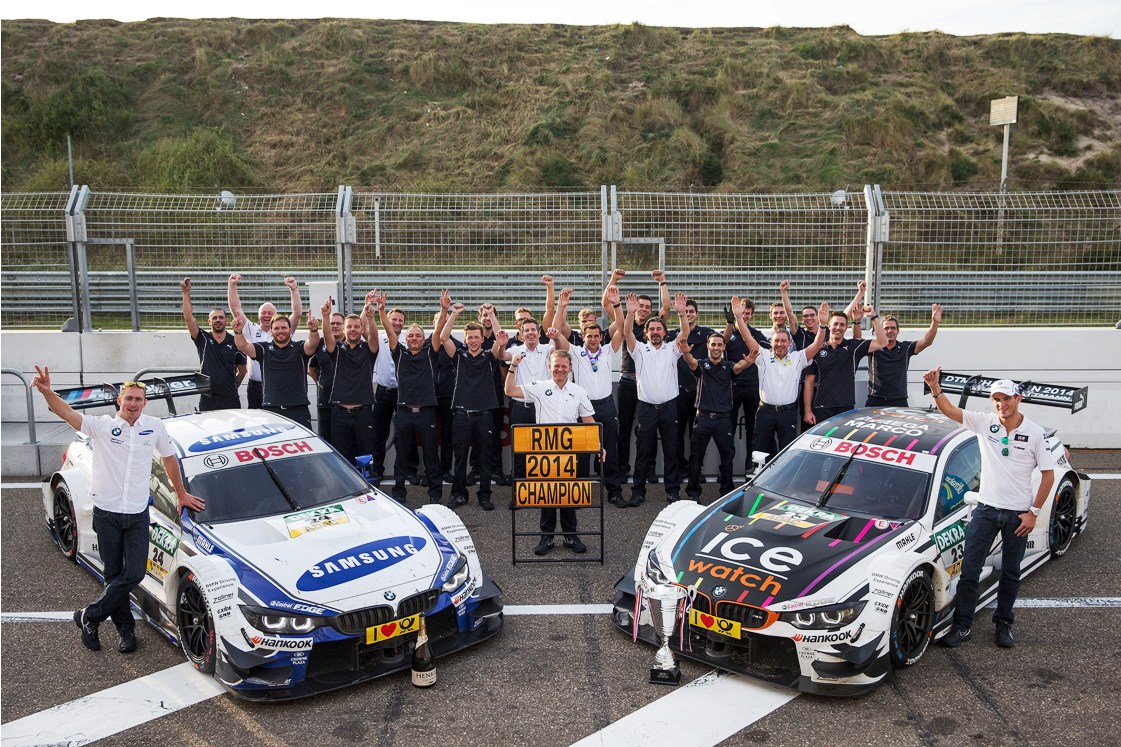 It is a dream come true for Stefan Reinhold (DE): his BMW Team RMG has proven to be the team to beat throughout the 2014 DTM season. Two weeks ago, with two races still to come, the team from Niederzissen (DE) celebrated winning the Drivers’ title with Marco Wittmann (DE). They have now added the Team Championship at the penultimate race of the season in Zandvoort (NL). On top of all that, Maxime Martin (BE) is now also assured of the title ‘Rookie of the Year’.

In the nine races of the season so far, BMW Team RMG has claimed five victories, and Wittmann and Martin are currently the two best-placed BMW DTM drivers in first and sixth in the overall standings. BMW Team RMG has established itself at the top of the series in its third year in the DTM.

Mr Reinhold, first the Drivers’ title for Marco Wittmann, now the Team Championship for your crew: what does the great success your team has achieved this year mean to you?

Stefan Reinhold: “We are obviously on cloud nine at the moment. Winning the Drivers’ title with Marco Wittmann at the Lausitzring was a sensational success in its own right. However, the DTM Team title also means an awful lot to us. After all, it is the reward for all the hard work we have put in over the past months and years. The title also shows that, as well as the outstanding Marco, Maxime Martin has also done a fantastic job – and in his first season in the DTM. We are very proud of that. We have really performed superbly as a team this year.”

Coming into the season, could you ever have dreamed that the year would be this successful?

Reinhold: “You always have to set your sights high. I stood up in front of the team at our Christmas party and told them in no uncertain terms that we are in it to win in 2014. In motorsport, you simply cannot be satisfied with being in the middle of the pack. Everyone embraced this approach and pulled their weight. It is always important to think positively in sport.”

How has your team changed as a result of the success in recent months?

Reinhold: “When we started our DTM project we were very confident. That suffered a little last year. However, the confidence returned over the winter when we saw that things were running well during the tests. Then we enjoyed immediate success after the start of the season, which gave us extra motivation. The guys are now obviously hugely satisfied to be on top after many years of hard work – especially in such a hard-fought series as the DTM. You cannot overemphasise that.”

How has the cooperation with BMW Motorsport been?

Reinhold: “BMW Motorsport has always given us the opportunity to buy into the project, right from the word go. The cooperation has continuously become closer and closer. Therefore, I am also pleased for the many colleagues at BMW who have given 100 per cent for the cause behind the scenes. I am also very grateful to everyone in Munich who has contributed to our success.”

Are your drivers Marco Wittmann and Maxime Martin the perfect foil for each other?

Reinhold: “Within a team, you have a certain technical line with the car, and in our case this suits both drivers. Both have performed superbly this season. Marco had a sensational year, while Maxime, as a rookie, has improved consistently. A lot of things came together very nicely for both of them.”

How will you celebrate this success?

Reinhold: “We have already had one spontaneous party at the Lausitzring. Hopefully we will also be able to celebrate the Manufacturers’ title with BMW and the other teams in Hockenheim. Until then we will remain fully focussed. However, we do have a party planned at our place in Niederzissen, where we will get all those involved at BMW, all the team members, and friends and supporters together. They have all earned it.” 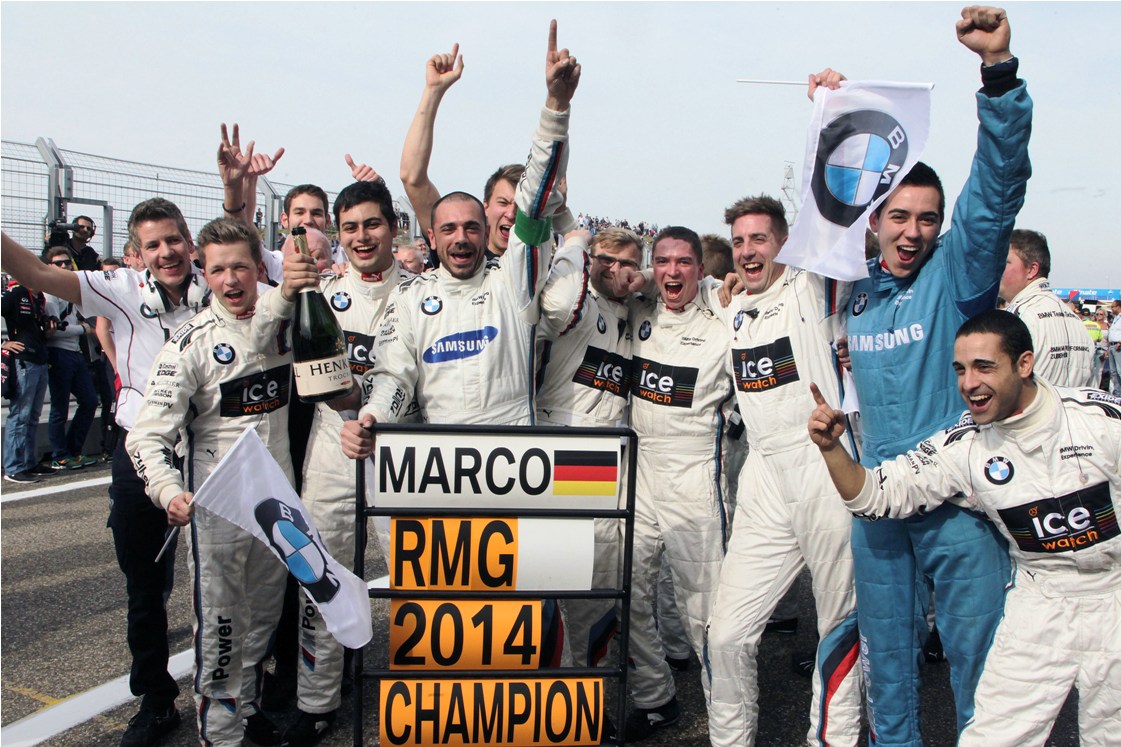