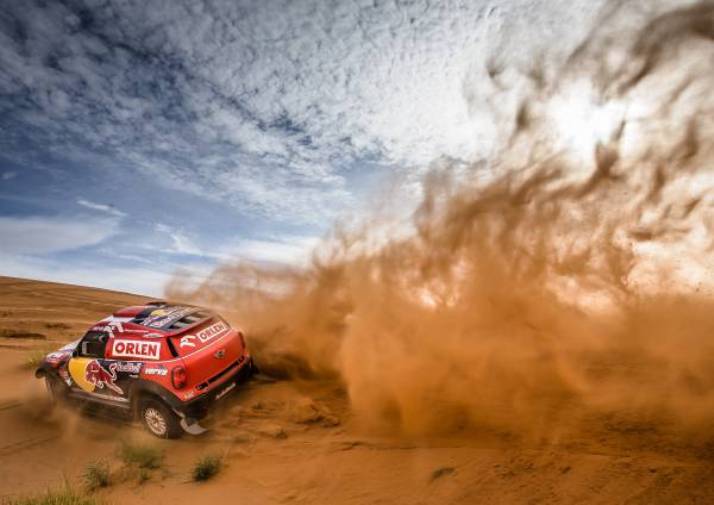 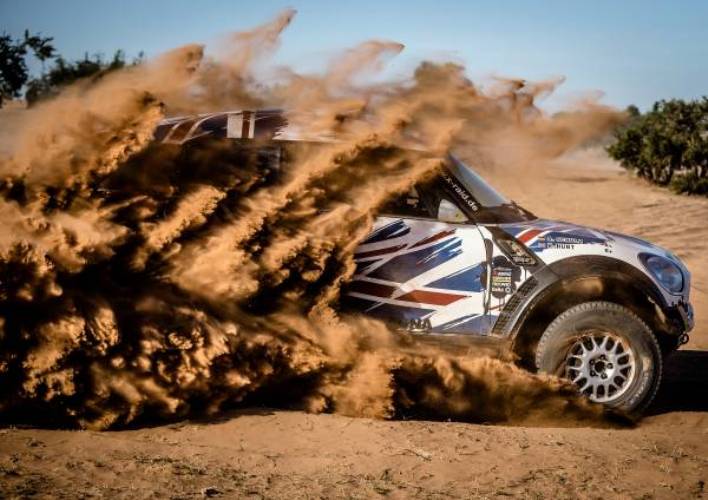 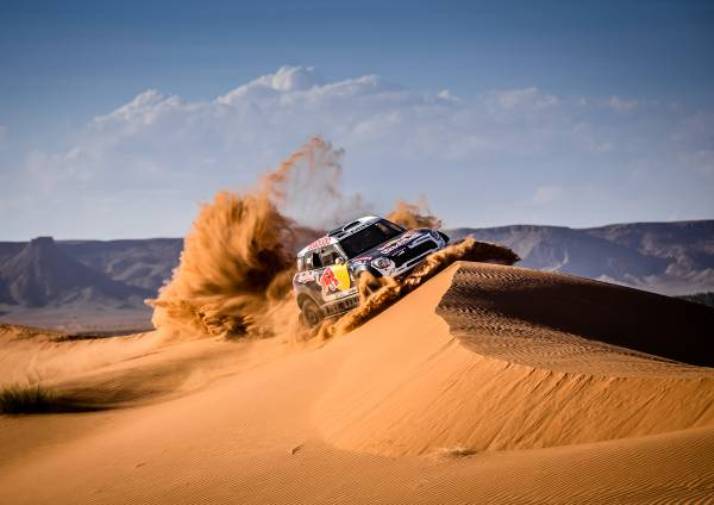 New Year, new challenges: 2 January 2016 will see the start of the 2016 Dakar Rally, the traditional season opener of long-distance cross-country rallies. Once again MINI takes on this exciting and exacting 9,500km, 15 day racing event but this year with a record entry of 12 MINI ALL4 Racing cars.

Nasser Al-Attiyah (QAT) and long-term co-pilot Mathieu Baumel (FRA) of AXION X-raid Team (#300) are the defending Dakar champions and more than ready to take up the challenge of motorsport’s toughest endurance race. “Preparation is complete,” said Al-Attiyah in Buenos Aires, starting point of the 2016 Dakar Rally.

“We are ready to take on the greatest endurance race in the hope we can achieve MINI the same success of 2015,” said Joan ‘Nani’ Roma (ESP), fellow AXION X-raid Team member in MINI ALL4 Racing #304 along with co-driver Alex Haro (ESP).

The Argentinean duo of Orlando Terranova and Bernardo ‘Ronnie’ Graue are also prepared for the challenge of Dakar in their AXION X-raid Team MINI ALL4 Racing (#310). “With more time spent at altitude and a long, tough second week, the 2016 Dakar is guaranteed to throw up some surprises – but that is what makes the Dakar so special,” said Terranova during the prerace Shakedown test.

The fourth MINI ALL4 Racing (#315) of Axion X-raid Team sees the pairing of Mikko Hirvonen (FIN) and Michel Périn (FRA). While Périn is a very experienced Dakar co-pilot, this year’s Dakar Rally is the first for former WRC competitor Hirvonen. “I’m very excited about taking part in the Dakar Rally. It’s been a long time coming and I hope to achieve a result that will reflect the team’s professionalism.”

Competition for the Dakar title will, of course, come from every angle but especially the privateer MINI ALL4 Racing crews competing at the 2016 Dakar Rally. The continual success of MINI ALL4 Racing (e.g. Dakar Rally winner four years in succession 2012-2015) in long distance cross-country rally has led to an unprecedented eight privateer crews also lining up on the Dakar start line.

The eight crews are made up of experienced cross-country rally drivers and co-drivers from around the globe. For example, the MINI ALL4 Racing crew of Van Loon Racing (#306) consists of Dutch pairing Erik van Loon and Wouter Rosegaar.

The ORLEN Team consists of two MINI ALL4 Racing with the crews of Adam Malysz (POL) and Xavier Panseri (FRA) in #325, and Jakub ‘Kuba’ Przygonski (POL) with co-pilot Andrei Rudnitski (BLR) in #327.

Four further crews will drive under the banner of X-raid Team, one of which (#323) will feature the youngest MINI ALL4 Racing driver at this year’s Dakar Rally, Harry Hunt from Great Britain. Further extending the global appeal of the MINI ALL4 Racing is the Perfect China Health 100 Yong Team (#360) consisting of female driver Guo Meiling and co-driver Min Liao.

The 2016 edition of Dakar Rally starts 2nd January with a timed Prologue. The outcome of this 346km event decides the starting order for Stage 1 of the Dakar Rally, Rosario (“light bivouac”) to Carloz Paz, Sunday 3rd January.