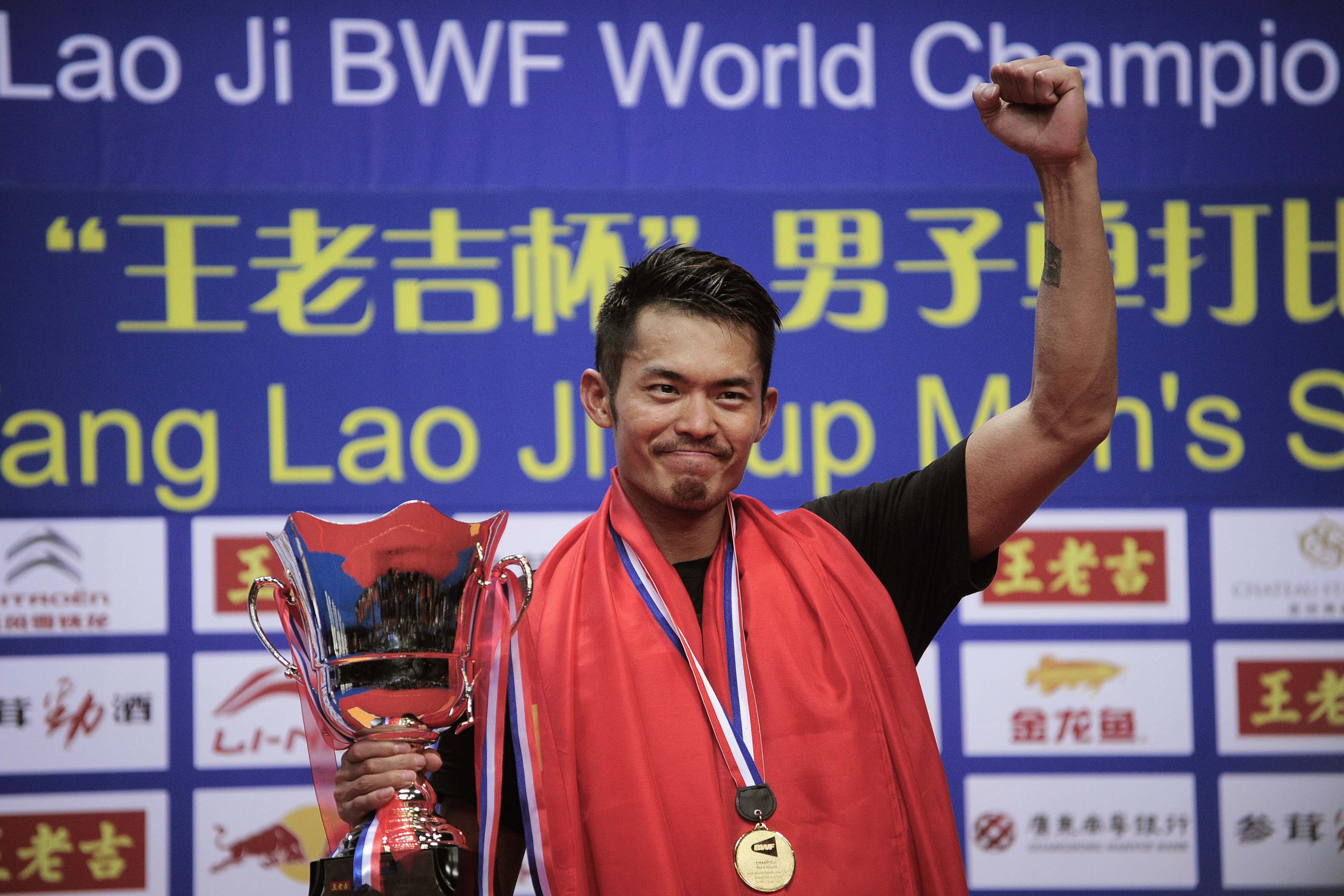 In a rare interview, “Super Dan” questioned whether the Badminton World Federation (BWF) understood players’ needs after the body investigated the apparent failure of the air-conditioning during his victory over world number one Lee Chong Wei.

And the 29-year-old great also took aim at the BWF over last year’s embarrassing episode at the Olympics, when eight players, including two from China, were disqualified for deliberately trying to lose matches.

Witnesses at this month’s men’s world final in Guangzhou, southern China, said the stadium air-conditioning, which had been affecting players at one end of the court, went off at the start of the second game, when Lin switched to the breezy side.
Lin, who lost the first game, won the second to level the match and, with temperatures soaring in the decider, took the title when Lee was stretchered off with cramp when facing match point.

Lee’s coach, Tey Seu Bock, blamed the lack of air-conditioning for the cramp and retirement, adding that the player could hardly breathe in the stifling conditions. Chinese officials denied turning off the cooling system, saying it was simply set too low.

But Lin said conditions were the same for both players and he suggested that losing the air-con helped “bring out a higher level of competition”.

“First, you don’t need to ask me about that because when I’m on the court, I’m not aware of anything,” Lin told AFP via email.

“Second, I think the conditions were equal. Third, and most important, if the air-conditioning is switched off, then I hope it was because it would bring out a higher level of competition from the players.”

He added: “Many people, including those from the BWF, don’t really understand what the main problems in badminton are, and what it most needs, because many officials are not competitors.

“The biggest problem for badminton is wind direction and lighting. If those problems are not solved, it seriously impacts players’ performances on the court.

“If a high-level player’s performance is affected by these factors, they suffer setbacks and cannot be fully satisfied on the court.

“The ones suffering are not just the players, but also the fans and audience, so we shouldn’t overlook these two factors. In fact, they are the main factors allowing high-level players to perform at the top of their game.”

The row came 12 months after badminton was rocked at the London Olympics, when eight women’s doubles players were kicked out for playing to lose group matches, in the hope of gaining an easier quarterfinal draw.

But Lin said the players – who included China’s newly crowned world champions Wang Xiaoli and Yu Yang – were not at fault, adding that the Olympics’ unusual group system was open to manipulation.

“I think we cannot blame those Chinese players for making this mistake. It is not fair to them… t is the Badminton World Federation that should take the responsibility for this issue,” said Lin.

“The rules of the game which they set are not perfect, and have loopholes. And I think it is normal for players to exploit these loopholes to reach their goal.”

The BWF declined comment on Lin’s views when contacted by AFP. The body has pledged to crack down on match-fixing following the London incident.

Lin’s fifth world title win added another chapter to an extraordinary career, especially as he effectively took a year off post-Olympics and needed a wildcard to compete in Guangzhou due to his low ranking.

He said China’s dominance of badminton in recent years was simply due to “diligence”. But he admitted the team were disappointed to win only two gold medals at the world championships.

The lower tally came after a clean sweep of all five titles at the previous two world tournaments and at the 2012 Olympics.

“The performance of Chinese players is not as ideal as it was before. We are a little disappointed,” he told AFP.

“But we will be striving to perform better next time… It is our responsibility, but not burden, to be champions.”

Lin also called for badminton to be better promoted globally and said that when both he and 30-year-old Lee retire, other superstars will emerge.

“I hope wholeheartedly that badminton will be as popular and respected as tennis one day,” he said.