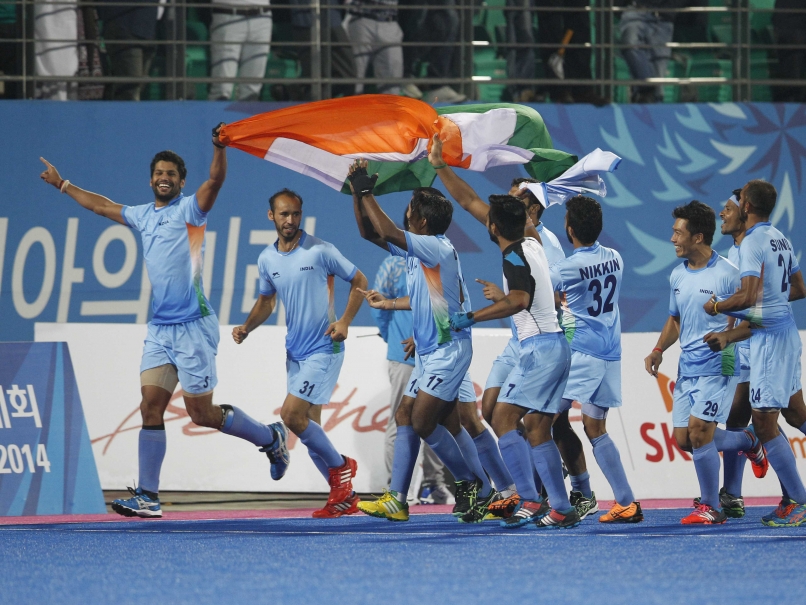 While India celebrated winning only their third hockey gold medal in the history of the Asian Games and earn an automatic berth to feature in the 2016 Rio de Janeiro Olympics, Malaysia ended without a medal to show after losing 3-2 to South Korea in the bronze medal playoff on Thursday.

India, eight-time Olympic champions dethroned Pakistan with a 4-2  win in a penalty shootout after a 1-1 draw in a pulsating final which saw frayed tempers a number of times.

Pakistan were first to score and the goal came as early as the fourth minute through Mohammad Rizwan. The goal, however,failed to rattle the Indians who came back strongly.

India drew level on 12 minutes when Kothajit Singh sounded the board from a cross on the right which caught the entire Pakistan backline napping.

The battle between the bitter hockey rivals from the Indian sub-continent was on with flag-waving fans and supporters from both teams having a battle of their own in the stands.

In the shootout, India’s goalkeeper P. R. Sreejesh was the hero when he pulled off stunning saves and Pakistan saw their hopes of retaining the  gold medal they won at the last edition of the Asian Games in Guangzhou in 2010 – defeating Malaysia 2-0 in the final – fading.

India’s last Asian Games gold came in 1998 when the games were held in Bangkok.

And Arulselvaraj could be the next national coach although reports have emerged that Malaysia may hire foreign coach.

“A bronze medal would have been some consolation for our tremendous efforts despite having trained together for only 35 days. Overall it was commendable effort from the players who played with commitment, discipline and focus,” said Arulselvaraj.