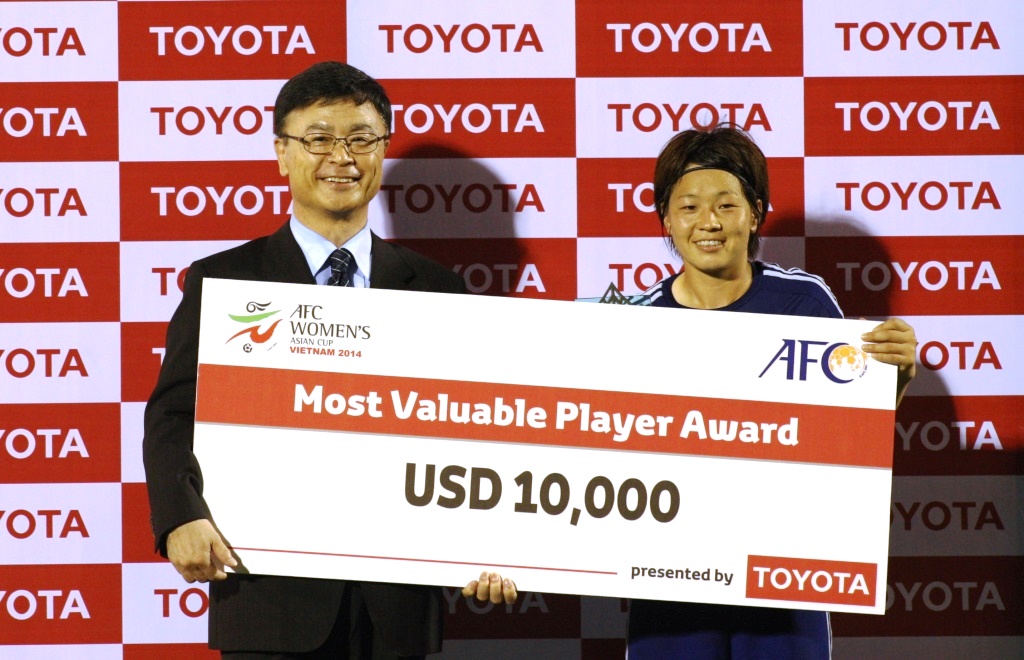 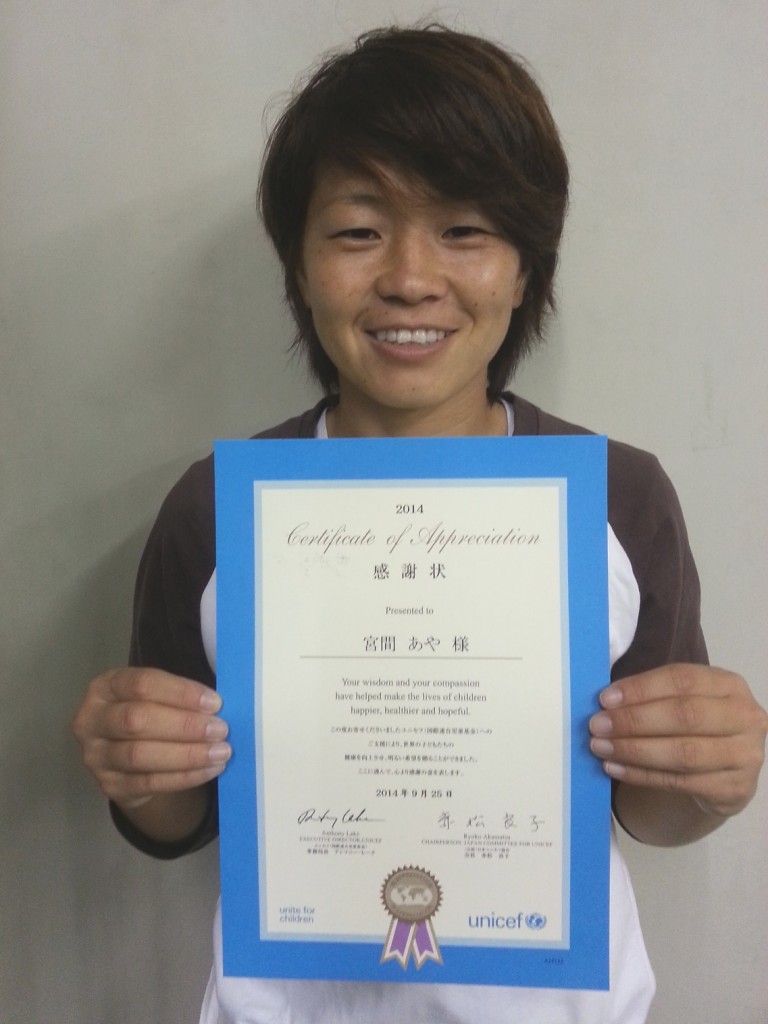 Miyama played in four of Japan’s five games in Vietnam in May as the Nadeshiko won the AFC Women’s Asian Cup for the first time and the 29-year-old was named the tournament’s MVP following Japan’s 1-0 win over Australia in the final.

Miyama was at the heart of her team’s creative play throughout the continental competition with her eye-catching passes and calmness on the ball from the centre of midfield proving to be a consistent and reliable anchor for the Nadeshiko attack, and the 2011 FIFA Women’s World Cup winner decided to donate the prize money to UNICEF.

“Although I was awarded the prestigious MVP at the AFC Women’s Asian Cup Vietnam 2014, I consider this to be awarded not to me as an individual, but to the whole team,” said Miyama.

“We, Nadeshiko Japan, won the FIFA Women’s World Cup in 2011 when the Tohoku Earthquake and Tsunami impacted Japan, and the people in the affected area gave us tremendous strength.

“As a national team traveling to many countries and territories, we are always helped by the local people.

“We are grateful if this donation will be beneficial to areas where support is needed, and we will continue to do our very best to contribute through sports.”

UNICEF, the United Nations Children’s Fund, are active in more than 190 countries and territories through country programmes and national committees.

The charity was created to nurture and care for children by working with others to overcome the obstacles that poverty, violence, disease and discrimination present.

“The trust and generosity given by Ms. Miyama, the captain of Japan’s national team and a world-class football player, will make a tremendous impact on UNICEF’s work and the well-being of millions of children.”