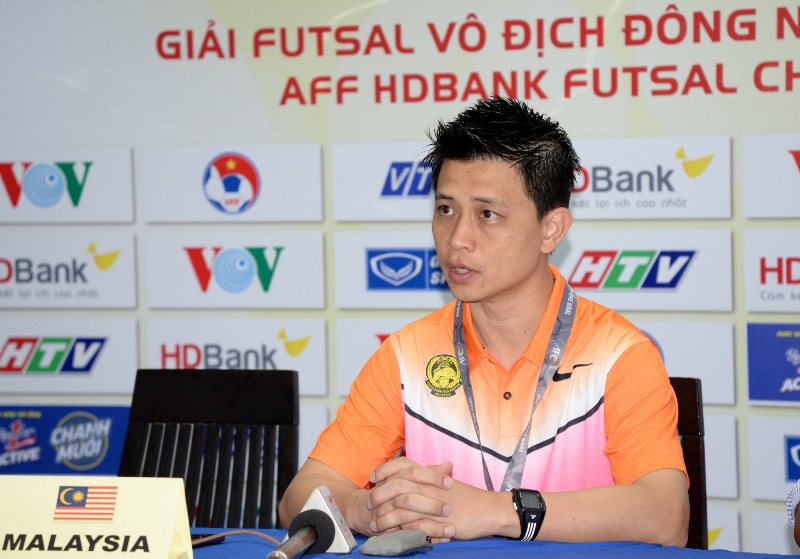 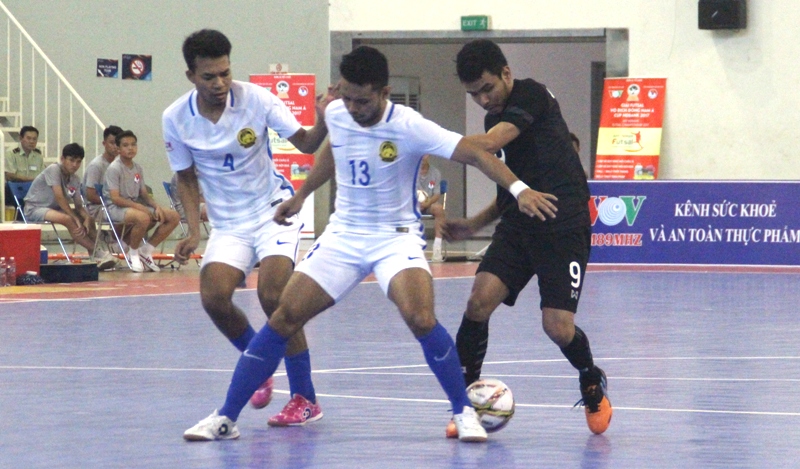 HO CHI MINH CITY (2 Nov 2017) – Chiew Chun Yong, the head coach of Malaysia, has promised a different dimension against Thailand in the final of the AFF HDBank Futsal Championship 2017 tomorrow at the Phu Tho Stadium.

Malaysia defied the odds to reach the final of the championship this year when they beat hosts Vietnam in the semi-finals of the meet yesterday.

“We will come up with a different strategy when we take on Thailand in the final tomorrow. It will be a different ball game and of course, we have to come up with something special,” said Chun Yong.

“Obviously, we cannot play the way we did (in the 6-3 loss to Thailand) in the group stage. We were bad then.

“The Thais are technically and physically superior, so we have to approach the final with the correct mindset.”

Despite bringing a handful of young players to Ho Chi Minh City, the Thais have shown that they are clearly the best team here and seem poised to pick up their 13th crown this year.

That is if Malaysia failed to come up with the right strategy to stop the likes of Muhammad Osamanmusa and also captain Nattavut Madyalan.

Chun Yong said that the key to the game against Thailand is to be patient.

“We need to show the same kind of commitment which we did against Vietnam. If we can do that, then anything is possible,” added Chun Yong.

For the record, the AFF Futsal crown had only been won once by another team other than champs Thailand and that was Indonesia, back in 2010.

Incidentally, Indonesia beat Malaysia in the final  that was held in Ho Chi Minh City.