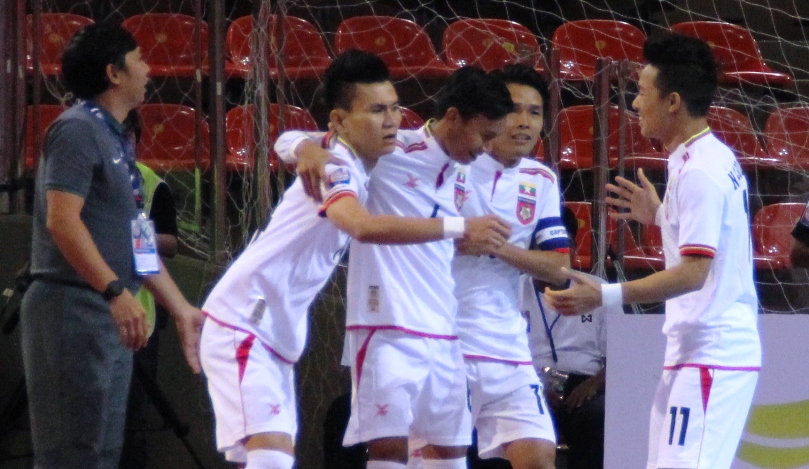 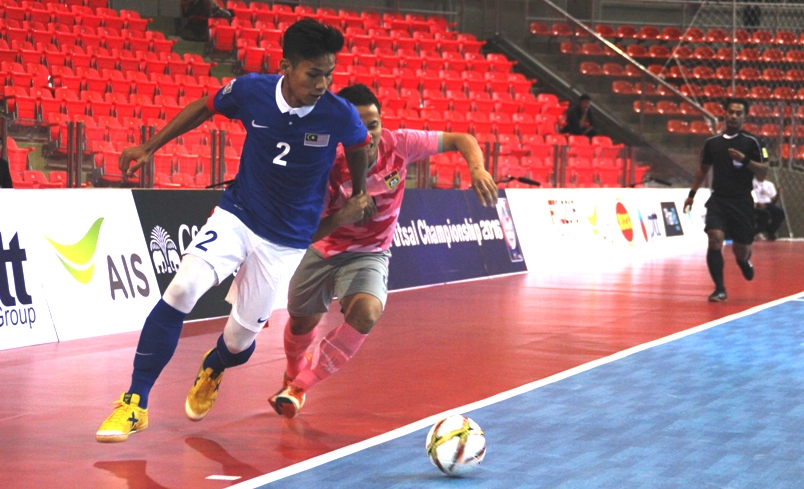 Myanmar sprang the biggest surprise at the on-going AFF AIS Futsal Championship 2016 when they beat Indonesia 6-3 to make the semi-finals from Group B of the meet here at the Indoor Stadium Huamark.

It was Myanmar’s first ever victory over the Indonesians, who were champions in 2010.

But this afternoon and perhaps after their shock loss to Malaysia yesterday, the Indonesians were just not playing their usual game when they fell to two quick goals from Myanmar early in the first minute through Pyae Phyo Maung before Nyein Min Soe added the second just two minutes later.

“We were determined to win today and we played really hard to beat the Indonesians,” said pivot Phyo Maung, who nailed a personal best of four goals in the game.

“From the win today, we hope to build on it and beat Malaysia tomorrow (in the final game of Group B) to win the group.”

Two goals down, Indonesia replied off Syahidansyah Lubis in the fourth minute and Reza Yamani (13th) as Myanmar then fought back through Phyo Maung (13th and 14th) for the score to stand at 4-3.

As it was yesterday, Indonesia failed to find the back of the net in the second as Myanmar continued to press for two more goals through Phyo Maung (24th) and Sai Phone Aung (39th) for the final scoreline.

The win has allowed Myanmar to pick up six points from two matches played and where they will take on Malaysia tomorrow to decide the group winner.

In the meantime, Malaysia moved to the top spot in Group B when they thumped Laos 13-1.

Laos lone goal of the night came off Khampha Phipphakkhavong in the 29th minute. 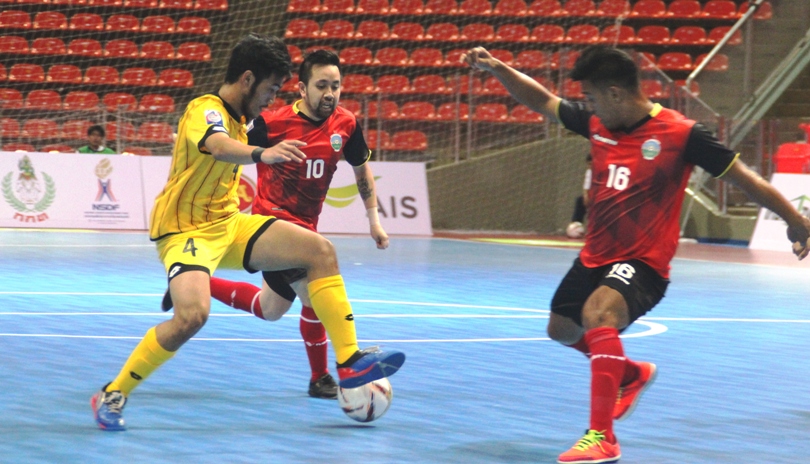 On the other hand, Timor Leste brightened their chance of a place in the semi-finals from Group A when they beat Brunei 8-6 in a pulsating encounter.

With Timor Leste having been thumped by hosts Thailand the previous day, they needed to beat Brunei to make sure that they stand a chance to the next round.

And despite being three goals behind early in the match through Muhd Naqib Timbang (1st minute), Mohamad Faiz Hasnan (2nd) and Mohammad Nor Azizam Roslan (8th), the Timorese fought back with all their might to deny the Sultanate side.

The score at the half was 4-3 to Brunei’s advantage after Muhd Naqib added his second goal of the evening in the 19th minute as Timor replied with three goals of their own through Jose Vide (9th), Remigio Da Silva (15th) and Adriel Pereira (19th).

But even though Brunei managed to score two early goals after the break off Abdul Azim Bolhasan (21st) and Maziri Maidin (22nd), they just faltered towards the tail end of the tie when they allowed Timor to reply through Manuel Sarmento (23rd and 25th), Remigio (28th and 38th) and Kui Sen Mu (34th).

“It was a very good win and of course we are happy that we have managed to beat Brunei for a place in the semi-finals, bearing of course the results from the Thailand-Brunei game tomorrow,” added  Timor head coach Bruno Torres afterwards.