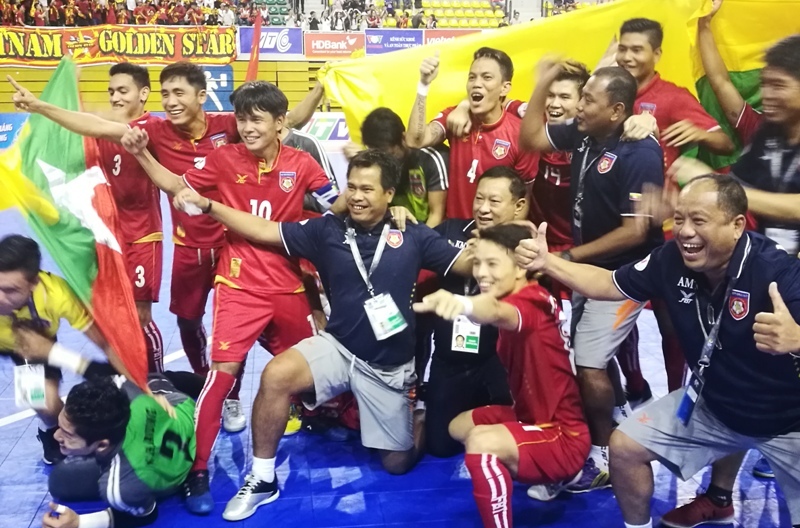 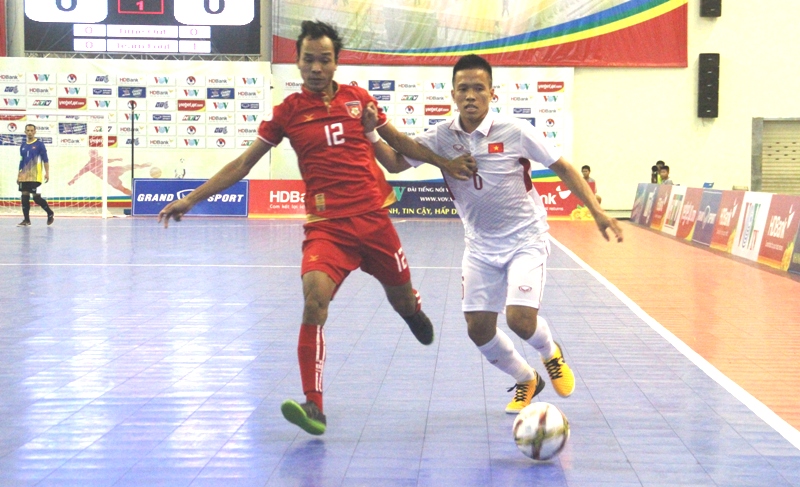 Myanmar put up some brave resistance in the second half before launching a late fight back to beat hosts Vietnam for the third spot in the AFF HDBank Futsal Championship 2017 here at the Phu Tho Stadium.

Myanmar, who had already defied the odds to win a place in next year’s AFC Futsal Championship 2018, was full of patience as they overcame a 2-0 deficit to draw level before winning the penalty shootouts 4-3.

“We lost to Vietnam in the group stage and I found that we made some mistakes in the power play. So yesterday I studied the power play for long periods and the result is what you see today,” said Myanmar head coach Htay Myint.

“I think that the key to the win today is the fact that I know the players for several years. So I know the quality I have in the team. Who can play where and whether they can cope with which situation.”

Hosts Vietnam, who lost out for a place in the final following their humiliating loss to Malaysia in the semi-finals, were under pressure to perform once again.

And while they seem to have injected some sense of urgency into their game at the start when they cracked the opener after ten minutes when Phung Truong Luan pounced on a rebounder.

The game dropped the pace for much after that up until the 26th minute when Vietnam slammed home their second goal with Dhan Phat driving his effort in between Myanmar keeper Kyaw Htet Aung.

This prodded Myanmar into power play with Naing Ye Kyaw providing the extra man and that seemed to turn the game on its head when they duly scored their first goal of the game off Kyaw Soe Moe’s one timer from a corner.

And with four minutes left on the clock, Myanmar finally drew level with Nyein Min Soe flicking the ball in from a freekick.

“Today, we played like a headless chicken. They were running with no direction or intention. And they were not following instruction,” said Vietnam head coach Miguel Rodrigo.

“Myanmar deserved to win today. We could not control the match in the closing stages. We failed, I failed and I have to say sorry to the fans and supporters for the sorry image of the national team now.”