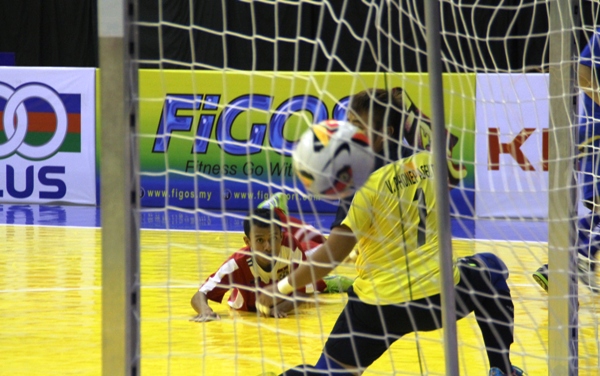 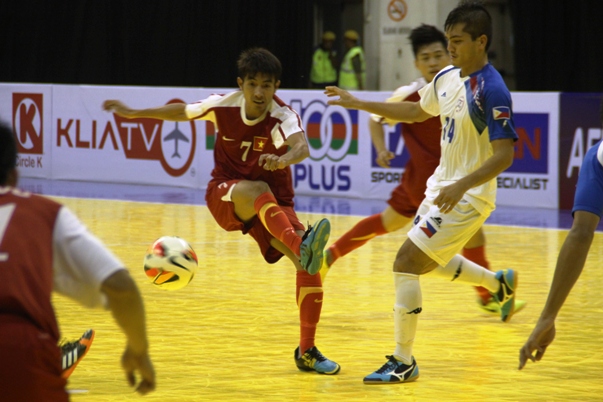 Thailand continued to stamp their supremacy in the AFF Futsal Championship when they claimed their second straight victory in an 11-1 whitewash of neighbours, Laos in a Group B match at the Malawati Stadium this morning. Yesterday, the Thais whipped Philippines 16-1 in their opening game and are now well on track to make the semifinals.

The Thais, the reigning champions of the AFF Futsal Championship, have two more preliminary matches against Myanmar and Vietnam over the next two days to secure their place in the next stage.

In today’s match, Laos almost surprised Thailand in the early minutes of the goal but that was as close as they got in the first half. By the second minute, Thailand scored the opener through AtiratSittisak and by the tenth minute, they were three-goals up with two more from WanlopPansomsua (9th) and JetsadaChudech (10th).

Laos closed down on their opponents after the break and managed to limit the damage to four more goals. The scorers were Konghla (22nd), Wiwat (23rd and 30th) and KittipongSonsuwan (29th). Laos managed to strike back in the 31st minute through SaysanaInhtavong.

In the second match of the day, Vietnam defeated the Philippines 11-1 to pick up their second successive win in Group B.

For the first ten minutes of the match, Vietnam found it tough against the Philippines who were quick to cut them off. But then PhungTrong Luan weaved his way through the middle and slammed Vietnam ahead in the tenth minute. Four minutes later, Tran Thai Huy knocked in their second to give Vietnam a two-goal lead at the break.

Vietnam exploded in the second half, netting another nine goals. The goalscorers were Trong Luan (22nd), Pham ThanhDat (25th), Tran Long Vu (26th), Pham DucHoa (27th, 28th, 36th, 39th), Le Quoc Nam (32nd). There was an goal from Robert OmbleroCanedo in the 34th minute.  In the last minute, JovanieSaludaresSimpron converted a penalty for the Philippines.

After today’s matches, Thailand and Vietnam both have six points each. The Thais however remain top of Group B due to a better goal average. Myanmar are third with Laos and the Philippines in fourth and fifth positions.