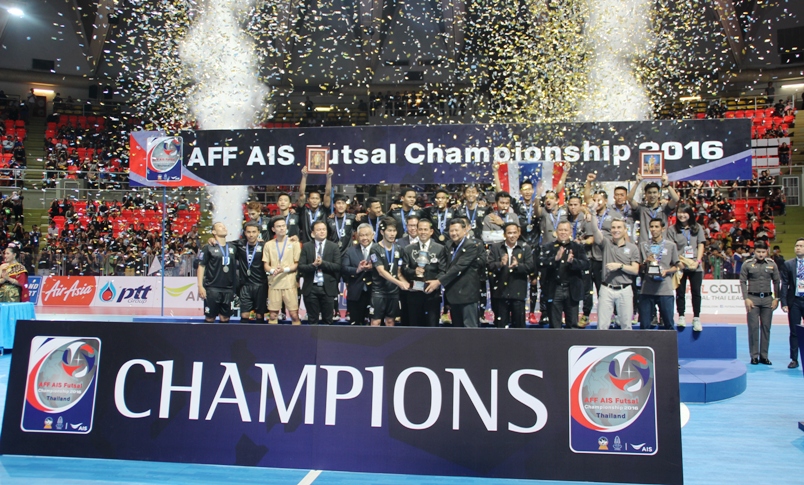 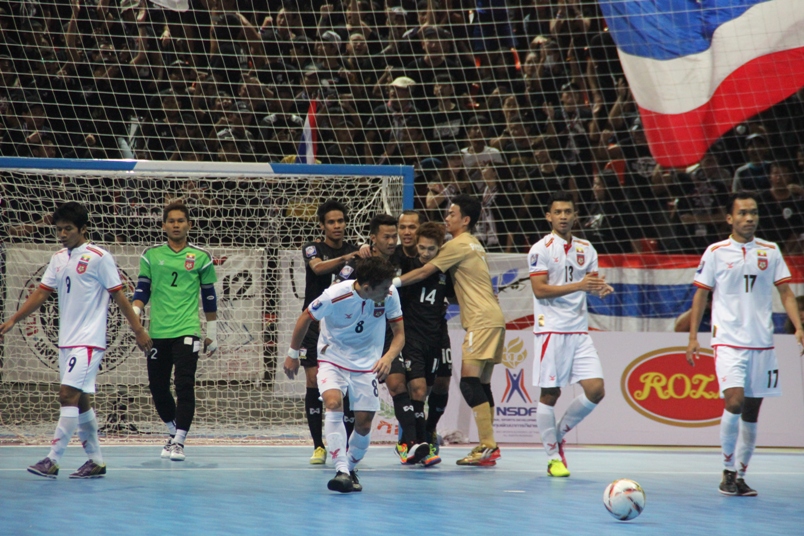 Unstoppable Thailand took their 12th crown of the AFF AIS Futsal Championship when they demolished Myanmar 8-1 in the final that was played at the Indoor Stadium Huamark.

“I was very confident against Myanmar. I thought that the semi-finals was a lot harder game,” said Thai coach Miguel Rodrigo afterwards.

“We were in full control throughout and after dominating the first half, the second half was just elementary.”

A lot calmer from their semi-final showing two days earlier against Malaysia, the Thais pressed their Myanmar opponents hard from the onset.

And while Myanmar were absorbing the early pressure, there was no stopping Sorasak Phoonjungreed from blasting in the lead in the eighth minute.

Three quick goals off Jirawat Sornwichian (12th), Chaivat Jamgrajang (13th) and Perapol Satsue (17th) allowed Thailand to be 4-1 in front at the half as Myanmar pulled a goal back through Pyae Phyo Maung (15th).

That was to be Myanmar’s best effort as even though they tried to utilise the power play into the second half, the Thais were just irresistible as they added four more goals through Panya Aranpoowanart (22nd), Panut Kittipanuwong (27th), Chaivat (29th) and Jirawat (39th).

“We tried our best but the Thais were just in their element,” said Myanmar captain Aung Ang. “Finishing second is good considering the field this year.” 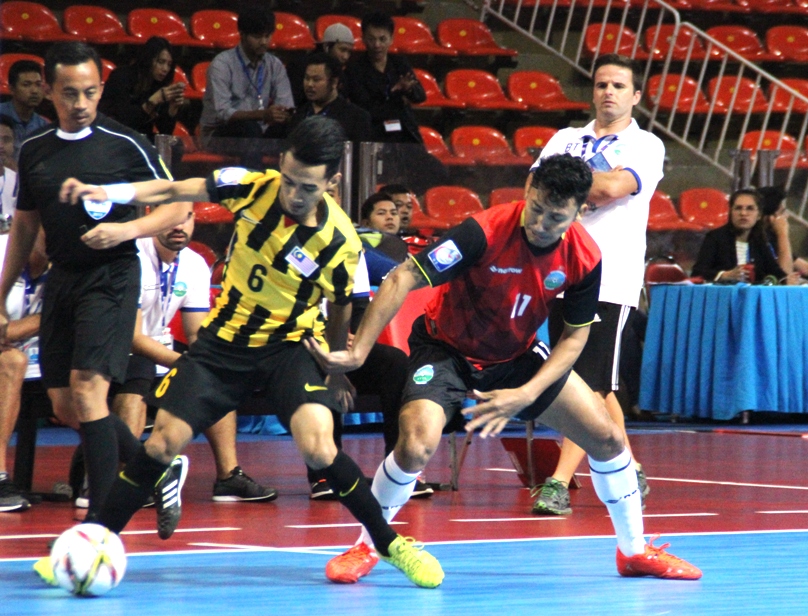 IN THE MEANTIME, Malaysia took third spot in the competition this year when they beat Timor Leste 8-1 in the classification tie.

A goal down when Timor Leste struck through Jose Vide in the very first minute of play, Malaysia fought back off Muhammad Azri Rahman four minutes later before taking a 2-1 lead at the break through Saiful Aula Ahmad (17th).

The second half was all Malaysia as they piled on the goals through Mohd Khairul Effendy Mohd Bahrin (21st and 36th minute), Mohd Ridzwan Bakri (28th), Mohamad Awaluddin Mat Nawi (30th and 36th) and Mohd Azwann Ismail (40th).