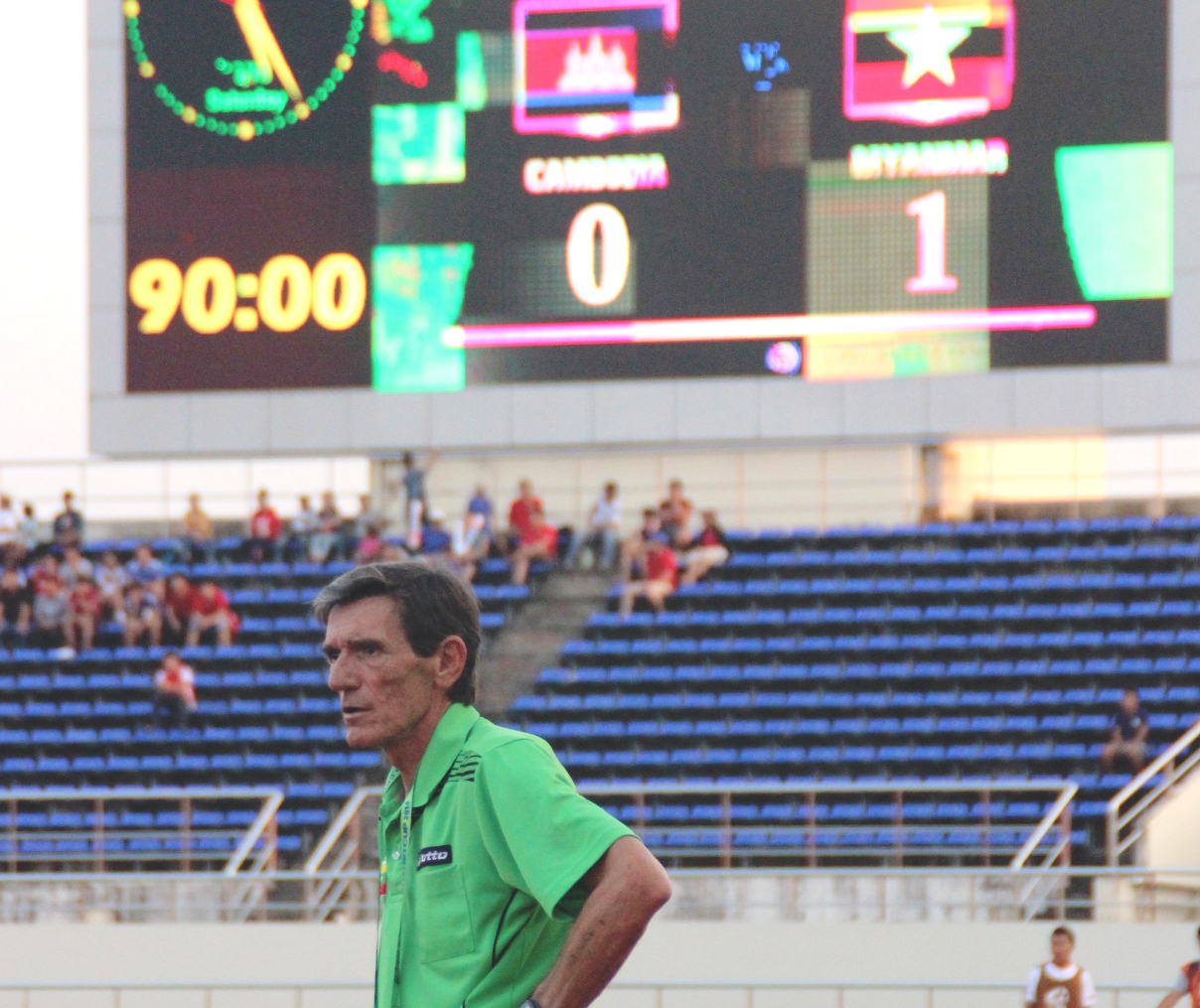 Myanmar scraped past Cambodia 1-0 in the AFF Suzuki Cup Qualifying round at the National Sports Complex Stadium today to move a step closer to securing a spot in the final stage of the prestigious regional tournament.

Striker Kyaw Ko Ko struck the winning penalty late in the first half to secure a crucial victory for Myanmar who now have seven points from three matches. Myanmar have temporarily moved to the top of the standings with Laos in second with six points and Timor Leste third with four points. Laos and Myanmar square-off in the second tie later this evening and the group positions may change after that.

“We had expected a hard game as Cambodia had shown good spirits in their last two matches,” said Myanmar coach Radojko Avramovic. “We missed several opportunities to score goals but we are happy with the three points even though from a penalty.”

Cambodia, who had staged a comeback two days ago to beat Timor Leste, needed to win today to keep their hopes alive. Following today’s result, they are fourth with three points and out of contention.

There was little to shout about in the early stages of the game, then finally in the last few minutes when things came alive. Coming in from the left, Min Min Thu, let loose a powerful shot which struck Sun Sovanrithy’s hand. Referee Iida Jumpei immediately pointed to the spot to which the Cambodian bench protested to. Kyaw Ko Ko whacked the ball down the middle as goalkeeper Sou Yaty leapt to the left. 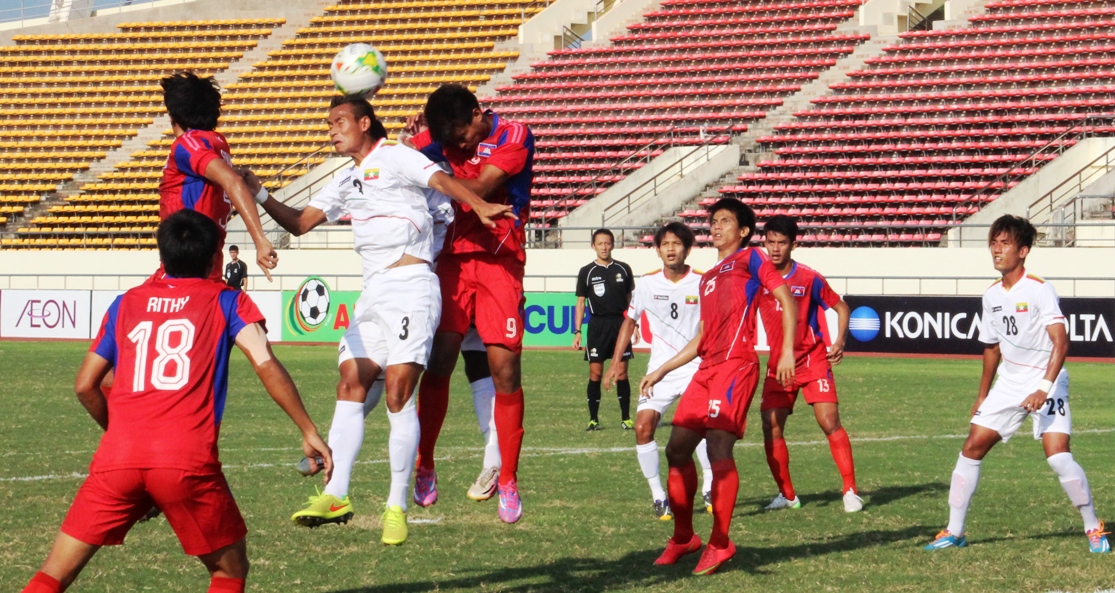 A few minutes from the break, Cambodia received a freekick at the top of the box after Chit Su moe brought down Sun Sovanrithy. But a poorly executed set-piece between Kouch Sokumpheak and Chan Vathanaka ruined their hoped of levelling the score before the break.

Cambodia started strong and began to push up I search of goals. In the 57th minute, Cambodia earned afreekick about 10-metres from the top of the box. This time, Kouch almost perfectly flicked the ball to Khuon Laboravy but his shot was blocked by a defender for a corner.

Cambodia made two quick changes, bring in Chhin Chhoeun and Suong Virak in the 69th and 71stminutes in an effort to boost their attack.  In the last 10 minutes, Cambodia charged and took every chance they could but were unable to hit the mark. Despite giving it their all, the Cambodians, who had shown strong determination and spirit here, were unable to repeat their come-from-behind victory over Timor Leste two days ago to beat Myanmar today.

Against the run of play, Ko Ko had a chance to settle the score but blew his shot. But they managed to hang on to the end and win by a solitary goal.

“Both teams worked hard to win and I must say thank you to the players for all their hardwork,” added Cambodian coach Lee Tae Hoon “But Myanmar were more experienced where we survived many attacks in the second half.”