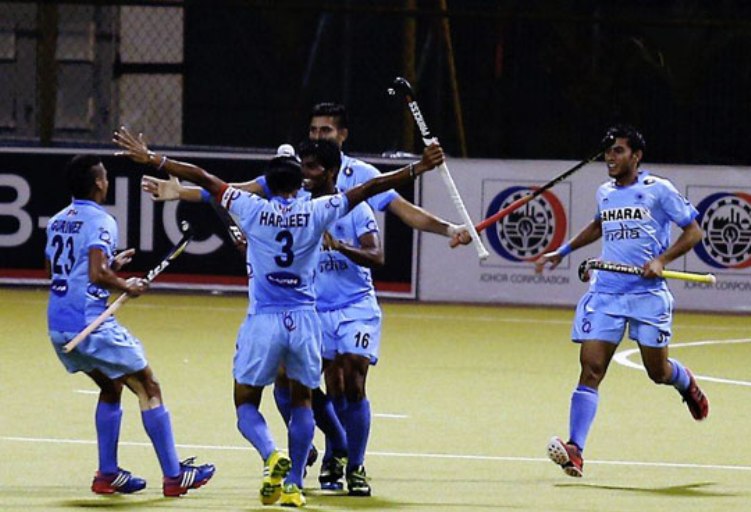 The Indians needed only a draw against the Australians to qualify for the final against Britain who had already qualified after winning all four matches for 12 points while India were second on nine points after four matches with Australia third on seven before Saturday’s matches.

India go into the final with a 2-0 defeat at the hands of Britain in the round robin match last Monday but India coach Harendra Singh said: “Past is past. The final will be a totally different game. That defeat (to Britain) will not count in any way when we meet in the final.”

And the man who destroyed Malaysia with a hattrick in India’s 4-2 on Thursday, Harmanpreet Singh, was on fire again against Australia – scoring twice from penalty corner set pieces and one from a penalty stroke – for his second successive hattrick to take his personal tally to seven goals in the fourth edition of the Sultan of Johor Cup.

Harmanpreet opened the floodgates when he made it count for India after six minutes from a penalty corner. Three minutes later India were 2-0 up through a field attempt by Parvinder Singh. Australia had no answer to the Indians’ well oiled scoring machine and another field goal – this time by Simranjeet Singh on 19 minutes made it 3-0 for India.

India were running riot and Pawan Kumar punished the Australian backline with a well executed shot for goal No 4 on 23 minutes before Australia reduced the deficit from a penalty corner set piece through Brandan Horner.

After the break IHarmanpreet completed his hattrick through another penalty set piece to put India 6-1 ahead after 45 minutes. The Indians took their pedal off the gas after this and allowed Australia to score their second from another Horner goal to finalise the score 6-2 India’s favour.

Australia coach Ben Bishop said: “Well drilled India deserve to win and deserve to be in the final. Both teams are the best in this tournament and it will be close final. India and Great Britain have displayed good hockey for the fans.”

Harendra, once again reiterated that “the improvement of his players in their game is far more important than just winning the title.”

“Our target is the 2016 Junior World Cup Finals. And these players, (15 of them are playing in their first international tournament overseas) are being groomed for the World Cup” added Harendra.