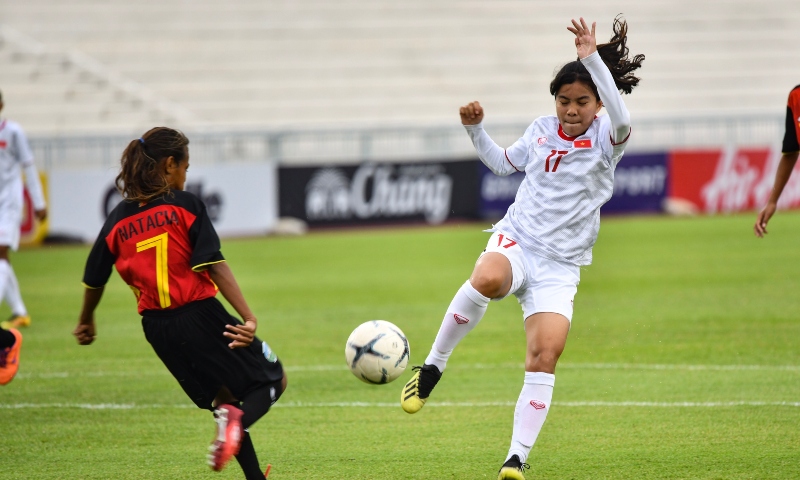 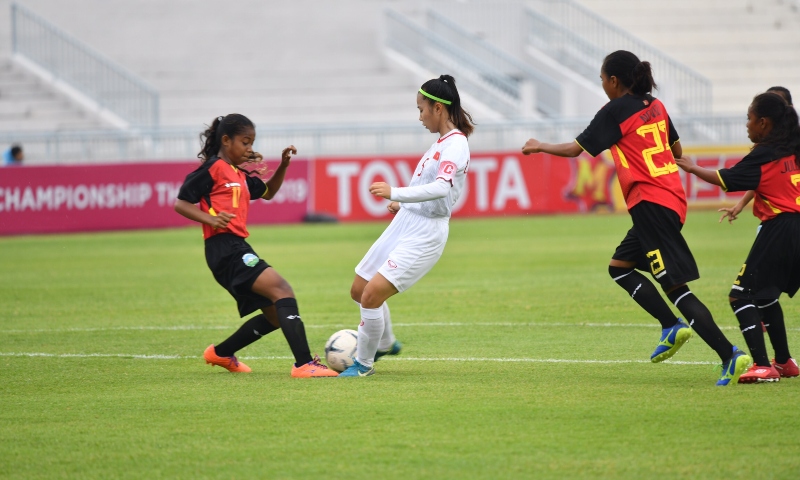 Vietnam picked up their second win in Group A of the AFF Under-15 Girls’ Championship 2019 when they roll over Timor Leste 16-0 here at the Institute of Physical Education.

With the battle in the group expected to be between Vietnam and Myanmar for the two places to the next round, the 16 goals were ten short of the 26 that Myanmar blasted against the same opponents two days earlier.

Provided that Myanmar come out tops in their match against the Philippines later in the evening, it would set the perfect stage for their duel against Vietnam to see who will win the group so as to stand a better chance in the crossover semifinals.

“The match against Myanmar (in the final group tie) will be important. So today, we tried to change the players and move them about as we were playing against a weaker opponent,” said Vietnam head coach Nguyen Thi Mai Lan. “We got the results that we wanted.”

For Timor Leste, the calmer weather seemed to have inject more confidence into their game as they remained calmed having to defend for much of the day.

There was no going beyond the halfway line for the Timorese but they defended stoutly and was full of discipline as they restricted the more mobile Vietnam side to just 10 goals at the end of the first half.