Home News AFF U15: Vietnam take over Group B 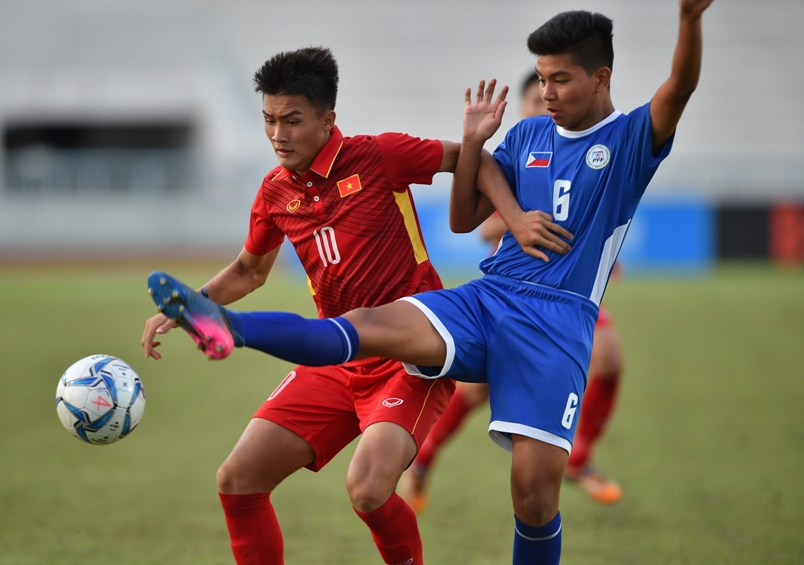 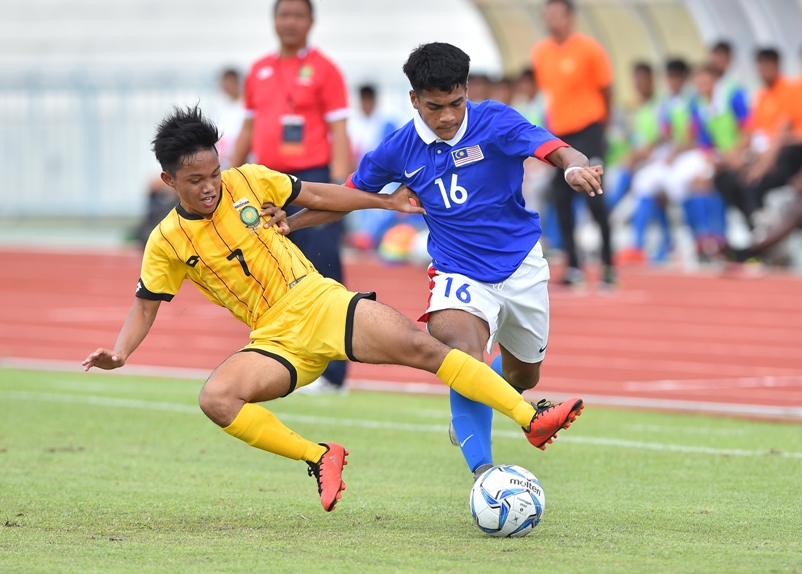 Vietnam took control of Group B of the AFF Under-15 Championship 2017 when they blasted the Philippines 7-0 in the last match of the day that was played at the IPE Campus Stadium.

Needing to win to make sure they set up a decisive tie against Malaysia in two days, Vietnam pulled no chances from the get go as they earned a penalty as early as the third minute of play.

Dinh Thanh Trung fired to the left of Philippines keeper Mangaoang Alanon to take the lead as Nguyen The Hung then doubled the lead with a shot from inside the box, just a minute later.

With the third goal coming in 17th minute through Ngo Quang Thuan in the 17th minute, Vietnam were already in a comfortable position to wrest full command of the game.

The Philippines tried to string passes together and push forward but they just could not get past the halfway line as Vietnam then nailed the fourth goal of the game through Vo Nguyen Hoang in the 47th minute.

Thanh Trung the added his second and Vietnam’s fifth in the 67th minute to be followed by goals from Khuat Van Khang (75th minut) and Trinh Van Chung (80th).

The win moved Vietnam to the top of Group B with nine points from three matches played – the same with Malaysia although on better goal difference.

And this has set up a decisive encounter against Malaysia in two days with the winner of that tie also winning Group B.

In the meantime, Malaysia moved closer to a place in the semi-finals when they beat Brunei DS 3-0.

Under cooler conditions, the Malaysians put up a much better performance from their last game two days earlier where they exerted more control and did not lose focus throughout.

Brunei seemed a shade off colour and lacked the pace they had shown against Vietnam and this gave the Malaysians more space to dominate when they nailed the opener in the fourth minute from Muhammad Azrul Haikal Ramlee’s 20metre rifling shot that had Brunei keeper Md Riyan Aiman Jalil well beaten.

And while Riyan managed to save Azrul’s crisp freekick sometime later, there was no stopping the second goal from going in off a left footer from Muhammad Amirul Azzim Ruzki in the 37th minute.

With the score at 2-0 at the half, it put the Malaysians in a comfortable position as they sauntered into the second half.

And just as what they had done in the first, the Malaysians were in no hurry to go forward.

By the time the third goal went in with a placing shot from substitute Muhammad Amirul Ashrafiq Hanifah in the 48th minute, the Malaysians were already in total control.

Brunei tried hard to get into the Malaysian box but even with the introduction of the highly-rated Md Aminuddin Masri, it failed to spark a fight back as the score remained all the way to the end. 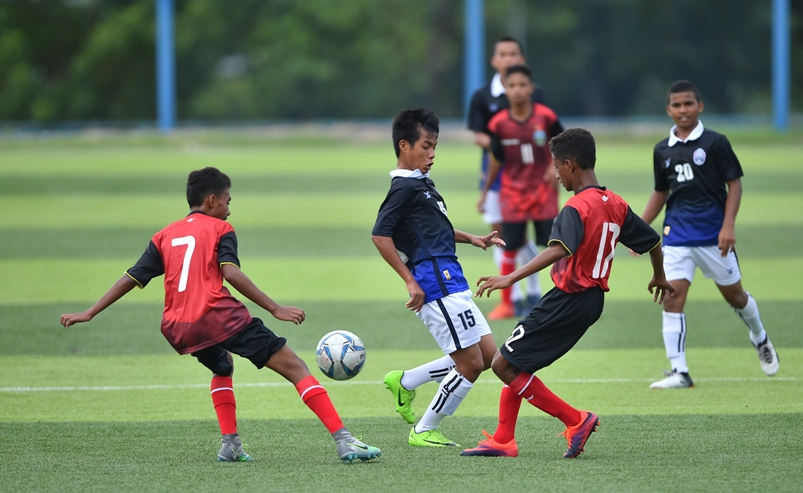 On the other hand, Cambodia beat Timor Leste 1-0 as they maintained their slim hope of making the semi-finals of the championship alive.

The Cambodians scored the only goal of the game in the 41st minute through Sieng Chanthea to give the team six points from three matches played.