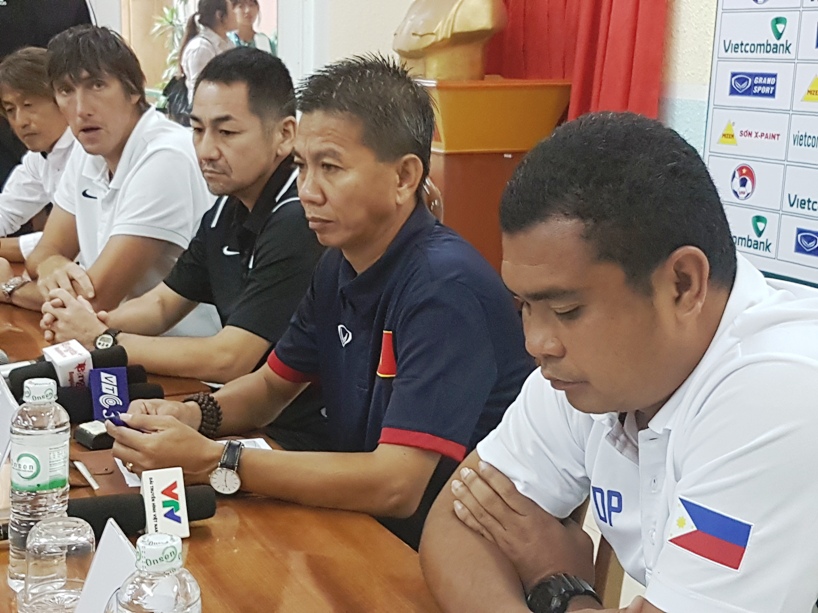 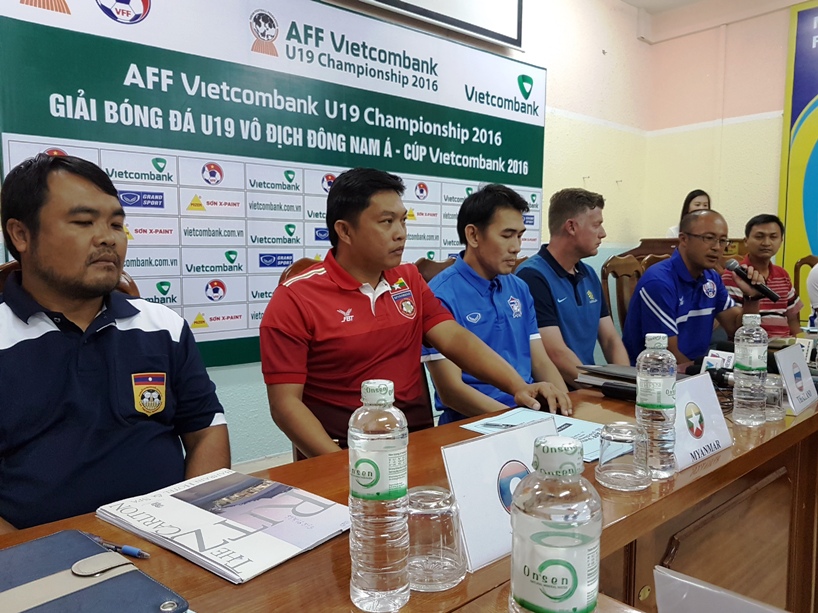 The AFF Vietcombank Under-19 Championship opens tomorrow in Hanoi with defending champions Thailand cautious as hosts Vietnam look to wipe the bitter memories of a heavy defeat in last year’s final.

The Thais, who came in third at the recent KBZ Bank U19 Cup in Mandalay, were the winners in 2015 when they beat Vietnam 6-0 in the Vientiane final.

But as Thailand head coach Anuruck Srikerd said at the pre-match press conference this afternoon, it is important to just take it one game at a time.

“We are missing some players due to club commitment,” said Anuruck. “And this time round we are in a tough group. So it is best that we concentrate by game rather than thinking of the second round.”

For Vietnam, their recent win of the KBZ Bank U19 Cup – where they beat the U18 team of Consadole Sapporo of Japan in the final – was just the right tonic they needed ahead of the foray into the Hanoi meet.

“As hosts we need to do well. We had at least nine weeks to prepare this team and we had some good games,” said Vietnam head coach Hoang Anh Tuan.

“We don’t know much about Singapore (Vietnam’s opponent in the first game tomorrow) but we will try to do well and start well.”

For Thailand and Vietnam as well as Australia, the AFF Vietcombank U19 Championship has further importance in that they are using the games to further hone their teams for the AFC U19 Championship in Bahrain next month.

“We are taking this tournament seriously, so that was why we came here a few days earlier to adapt,” said Australian head coach Ufuk Talay.

“We are looking at the tournament in Bahrain obviously but it is also important that we play our style of football.” 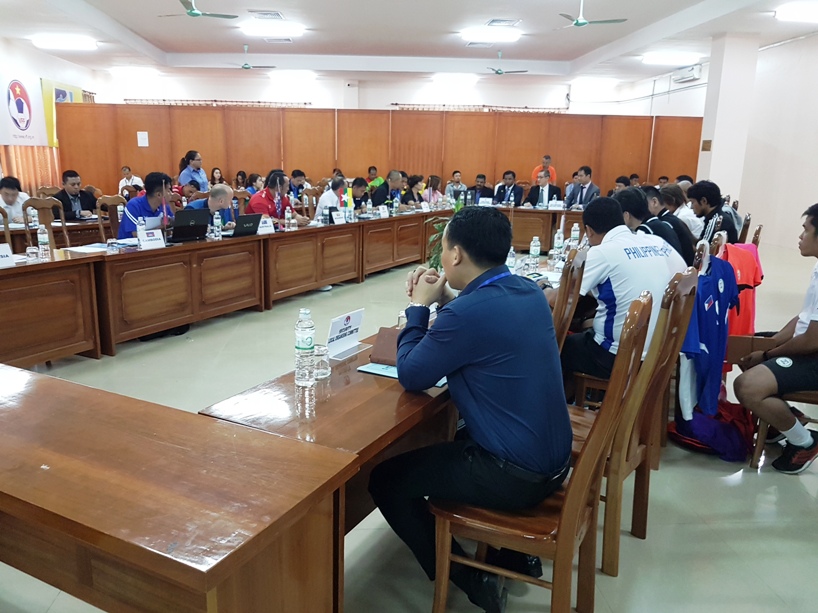 “We want to build on the exposure that we have gained from the recent KBZ Cup. We have prepared as well as could. Now it is time to see how the players adapt.” – Myo Hlaing Win, head coach of Myanmar

“We started training in mid-August. But our top league is on-going so that affected our preparations somewhat. It will be good for our young players to play in this meet.” – Ohara Kazunori, head coach of Cambodia

“We are in a very strong group. So it will be very tough and hard for us. We did not have a lot of time to prepare just some eight weeks but this is football, so we will take this challenge.” – Eduard Tjong, head coach of Indonesia

“We are playing against some very strong teams. We will try our very best for sure. I hope that we will show more than to be here in Hanoi just to take part.” – Phantawat Supawasantichon, head coach of Laos

“We are naturally very happy to be here. Football development in Timor is still in its infancy, so we are taking the first few steps towards developing a strong tradition in youth football.” – Shigeo Yamazaki, head coach of Timor Leste

“We absolutely had no preprations at all as the league is in the crucial stage. A handful of players could not make the trip here and while it is disappointing, we will just have to cope with those we have.” – Frank Bernhardt, head coach of Malaysia

“It will be a tough game against Vietnam in the opener but our target is to improve from our showing last year. I hope that we can do better and challenge for everything.” – Inoue Takuya, head coach of Singapore

“This team is a mixed of those players from the league and also from abroad. We did not have a lot of time together although we managed to play a friendly against Indonesia.” – Dan Padernal, head coach of Philippines