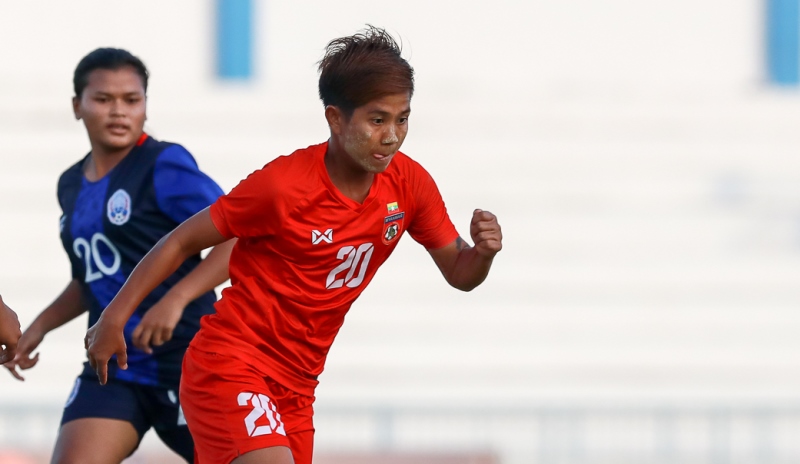 Myanmar’s Yee Yee Oo currently leads the top scorers’ list – going into the final rounds of matches in Group A of the AFF Women’s Championship 2019 tomorrow.

With the two winners from group B – Vietnam and Myanmar – already decided, tomorrow’s matches will determined who will take Group A and who will finish second for the semifinals of the tournament slated for 25 August 2019.

After the three matches in Group B, Yee Oo (main pix) currently sits at the top of the scorers’ list with seven goals as Vietnam filled the next three positions – Pham Hai Yen with six goals and then Huynh Nhu and Nguyen Thi Bich Thuy with five goals each.

On fifth is Thailand’s Boothduang Wilaiporn (inside pix) and sixth is Philippines’ Rodriguez Kathleen Muldong, where both are on four goals each.

But both Boothduang and also Muldong will have the chance to increase their tally when they head into their final games in the group tomorrow.

The Philippines will take on Singapore in the first game of the afternoon at the IPE while Thailand will then entertain Malaysia in the second tie.

All matches at Institute Physical Education