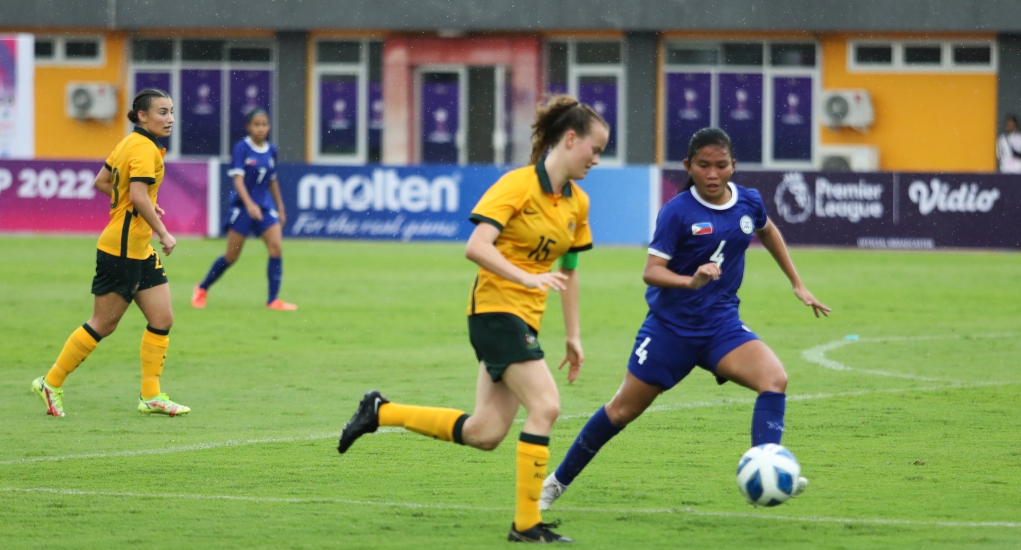 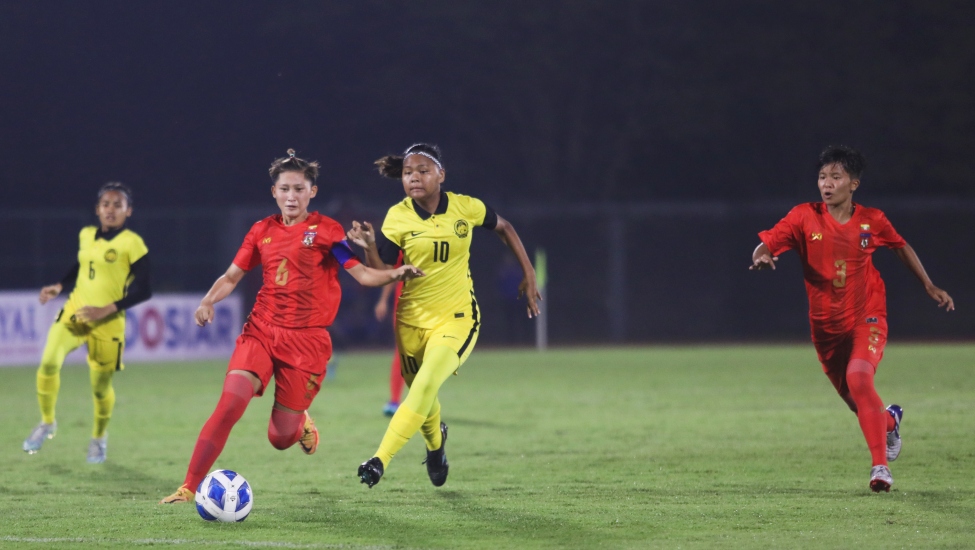 Australia and Myanmar picked up the full points in their opening matches of Group B of the AFF Under-18 Women’s Championship 2022 where they each overcame their opponents with relative ease.

In the two games that were played at the Jakabaring Athletic Field, Australia started the day with a 4-0 win over the Philippines before Myanmar edged Malaysia 2-0 in the second tie.

Supported by a handful of fans at the stand, Australia were a lot more organised against a Philippines side struggling to push forward in strength.

Using their physical superiority to devastating effect, Australia made sure that the earlier misses were not really missed when they finally carved out a 26th minute lead through the nippy Avaani Prakash, who was unmarked inside the box.

With the score still just 1-0 to Australia’s advantage into the second half, they finally prised open their second goal of the game in the 59th minute off a brilliant pass from substitute Alana Cortellino that saw India Luise Beier latching on for the finish.

By then, the Philippines were already out of steam and just three minutes later, Avaani made it 3-0 with a close-range finish before Maya Lobo then wrapped things up in the 69th minute when she made good on a through pass.

In the meantime, Myanmar were made to toil before they were able to overcome a hardy Malaysian side 2-0.

The Malaysians defended in numbers as they relied more on a hit-and-run play as Myanmar attempted to push forward from the centre of the park.

And while Myanmar were technically better, their lack of pace was showing as they struggled to end the first half on a scoreless deadlock.

While Malaysian keeper Daiyana Wardina Rosdi managed to make a flurry of saves after the breather, there was no denying Myanmar the lead right at the hour mark when substitute Su Myat Noe evaded her marker before slotting the ball to the far post.

And eight minutes to the end, defender May Thet Mon Myint unleashed a wonderful lob from almost the centreline to beat Daiyana for only the second time on the night.

FIXTURES – All matches at the Gelora Jakabaring Stadium