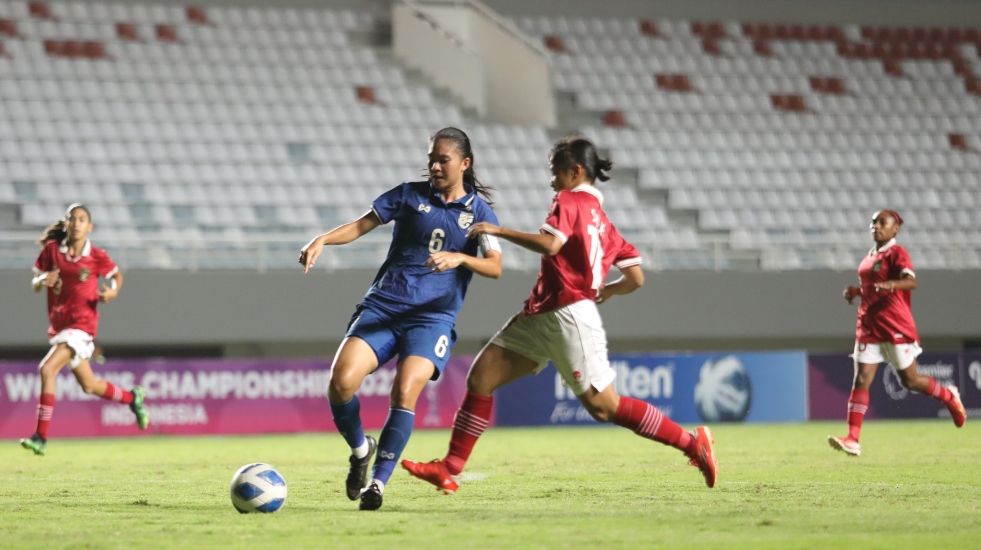 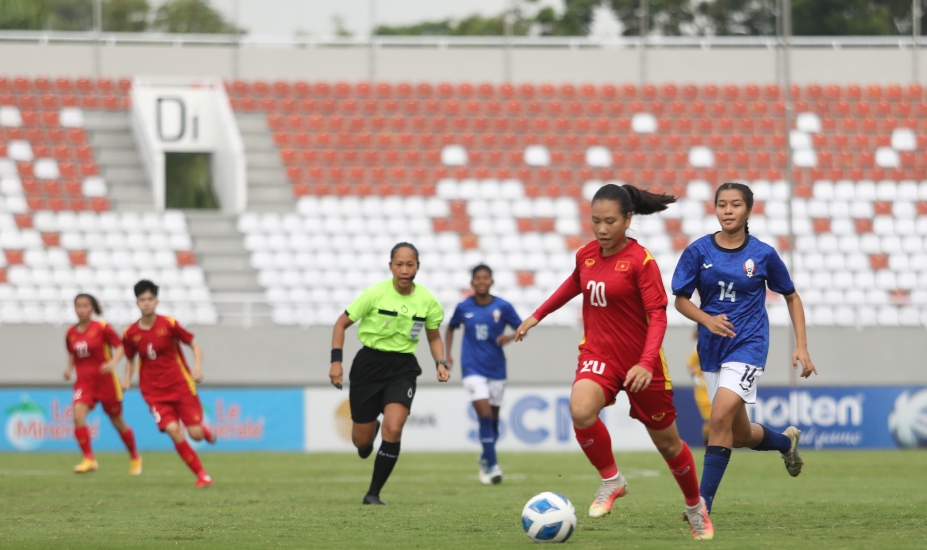 Thailand and Vietnam have confirmed their passage to the semifinals from Group A of the AFF Under-18 Women’s Championship 2022, following their comprehensive victory in the penultimate group stage yesterday at the Gelora Jakabaring Stadium.

Thailand overcame a resilient Indonesian side 3-0 while Vietnam thumped Cambodia 7-0 to set up a mouth-watering decisive clash tomorrow to decide the group winner.

“Indonesia gave us a very tough game. Both teams played at 100% for this match and we are very satisfied with this game,” said Thailand head coach Miya Okamoto.

With the heavy expectations from the home crowd where several hundred loyalists came out in support, the young Indonesian squad was unable to keep their match jitters in check.

Just three minutes into the game and Indonesia were already behind when Supansa Trisutho pounced on some hesitant defending to score past custodian Fani.

Two substitutions for defender Zara Apriyandi and midfielder Ina Wetipo brought some stability to Indonesia, where they came agonisingly close through with an Ina header in the 18th minute from a corner while moments later, Sheva Furyzscha was denied by Thai keeper Pawarisa Homyamyen.

But Indonesia’s failure to put a lid on the fast-running Supansa would haunt them in the 26th minute when the latter raced down the right before unleashing a stiff grounder for Thailand’s second goal of the evening.

And while Indonesia tried hard to push forward in numbers into the second half, Thailand again went ahead in the 53rd minute with Pichayatida Manowang’s finish from close.

“We are still in the process of building women’s football in the country. The players played much better in the second half than the first,” said Indonesia head coach Rudy Eka Priyambada.

In the meantime, Vietnam kept to the formbook to whip Cambodia 7-0 to set up the group finale against Thailand tomorrow afternoon.

Hoang Thi Ngoc Anh was on target just two minutes after the restart as Phuong Anh then added her second and Vietnam’s seventh goal in the 58th minute.