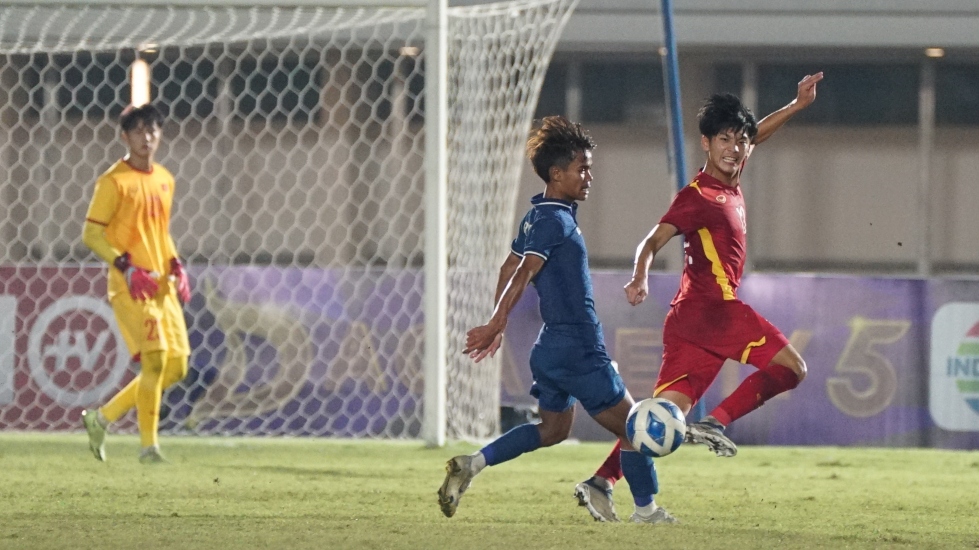 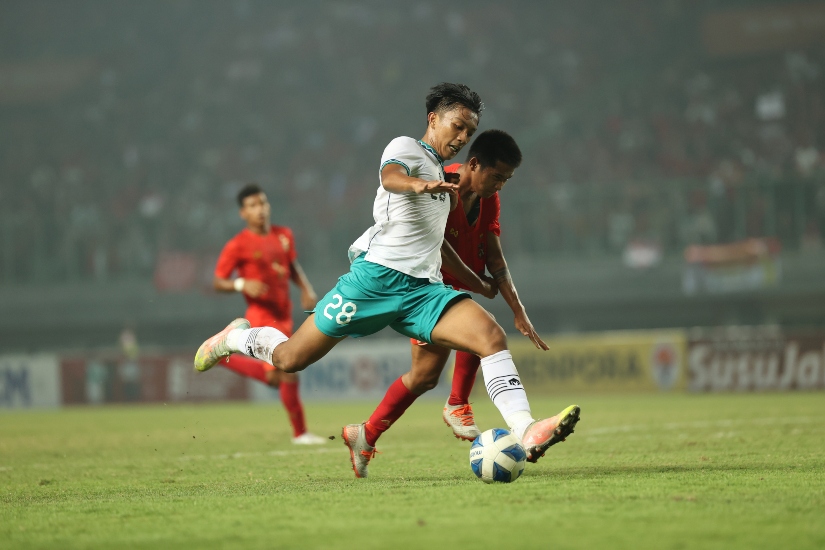 Vietnam won the group as Thailand came in as the runners-up following the completion of the Group A matches of the AFF Under-19 Boys Championship here tonight.

In the final two decisive group matches that were played concurrently, the 1-1 draw between Vietnam and Thailand was enough to see them through to the semifinals as Indonesia could not make the cut in spite of their 5-1 thumping win over Myanmar.

This was based on the head-to-head criteria between the three teams, as per the AFF U19 Boys Championship 2022 Tournament Rules and Regulations.

At the Madya Stadium, Vietnam and Thailand put up a cracker of a game where the high-pressure exchanges between the two sides resulted in six yellow cards being flashed by referee Xaypasert Phongsanit of Laos.

It was Vietnam, who had the lion’s share of the possession and also initiatives as they pushed up in numbers to restrict the Thais to just a few shots from distance in the first half.

As the frustrations grew well into the second half, a 72nd minute floater from the left saw Vietnam keeper Cao Van Binh misjudging the bounce of the ball that fell onto the path of Thai striker Kroekphon Arbram, who headed the ball into an empty net.

But just when Thailand thought that they had the game in the bag, Nguyen Van Truong sneaked in at the back post to slam in the drive from Nguyen Dinh Bac.

At the Patriot Stadium, host Indonesia came back from a goal down to beat Myanmar 5-1.

La Min Thwe had given Myanmar the best of start with the lead after just seven minutes before Indonesia staged a revival to take a 4-1 lead at the break.

Indonesia found the back of the net off Muhammad Ferrari’s brace (17th and 31st minute) to be followed by goals from Arkhan Fitri (25th) and Rabbani Siddiq (33rd).

Ronaldo Kwateh added the fifth goal for Indonesia in the 73rd minute for the final scoreline. 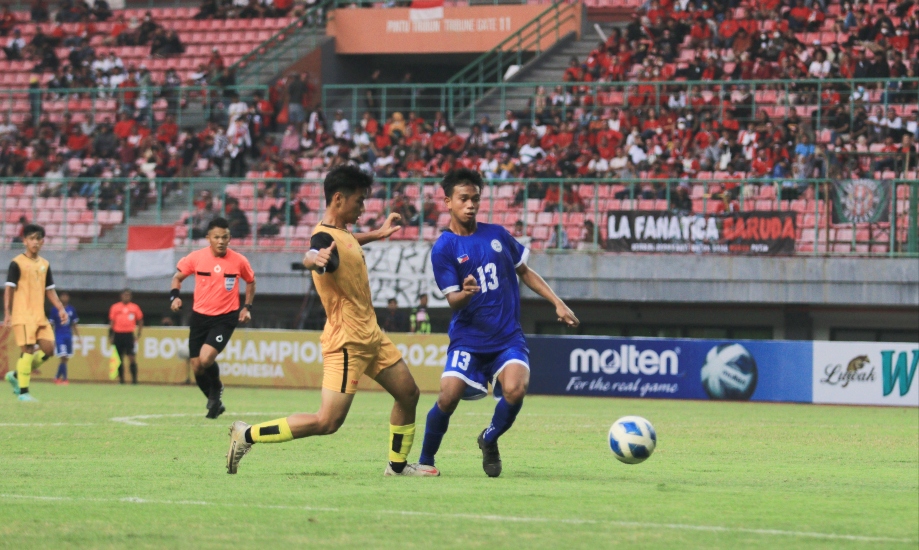 In an earlier match, the Philippines completed their Group A fixtures with a win when they demolished Brunei DS 5-0. 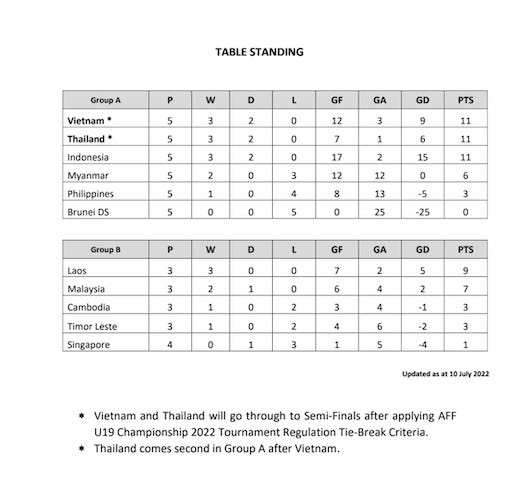