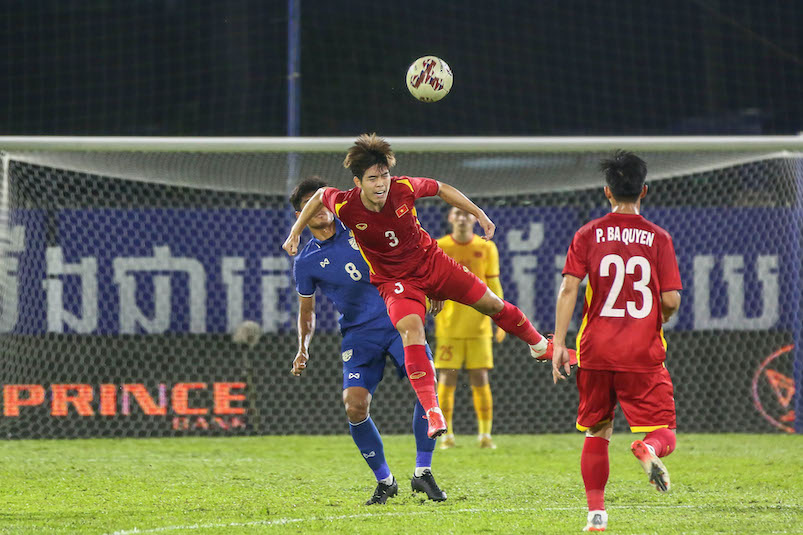 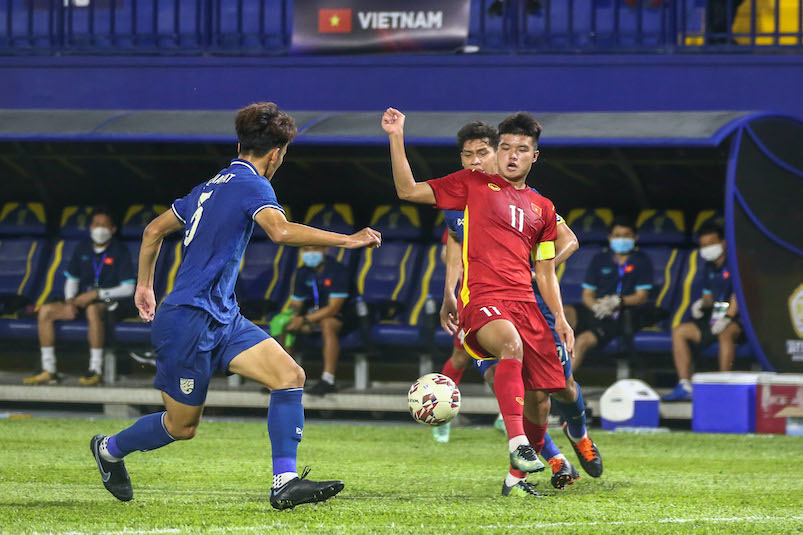 Vietnam and Thailand confirmed their passage to the semifinals of the AFF Under-23 Championship 2022 in spite of the 1-0 loss the latter suffered in the final Group C tie at the Prince Stadium tonight.

“The players played well in a very difficult match. The Thais created a lot of chances but we managed to hold them. The new players will have a day to adjust to the system that we have before the semifinals,” said Vietnam head coach Dinh The Nam.

Following just the one goal loss for Thailand tonight, it meant that nearest contender Cambodia have been denied a place in the next round.

The semifinals in two days will see Laos taking on Thailand in the first tie as Timor Leste take on Vietnam in the second game.

And tonight at the Prince Stadium, the game was every bit as scintillating as had been expected with both teams putting up some fast-paced actions.

It was Thailand who dominated much of the exchange with Kakana Khamyok and Teerasak Poeiphimai taking the lead as Vietnam relied more on the counter-attacks to catch their opponents off guard.

And it was Vietnam who went ahead in the 29th minute when Nguyen Trung Thanh curled in a freekick at the near post from the right to catch Thailand custodian Narongsak Nueangwongsa flat-footed.

The Thais upped their game well into the second half but they just could not find the last touch with the chances that they created as the score remained all the way to the end.

“We dominated the game but we just could not score. We fought hard to create the chances. But we just have to keep going. We want to qualify for the final where we hope to play Vietnam again,” said Thailand head coach Salvador Garcia.