Sports247
Home 2017 Albirex Niigata: The ‘A’ lesson for Singapore football 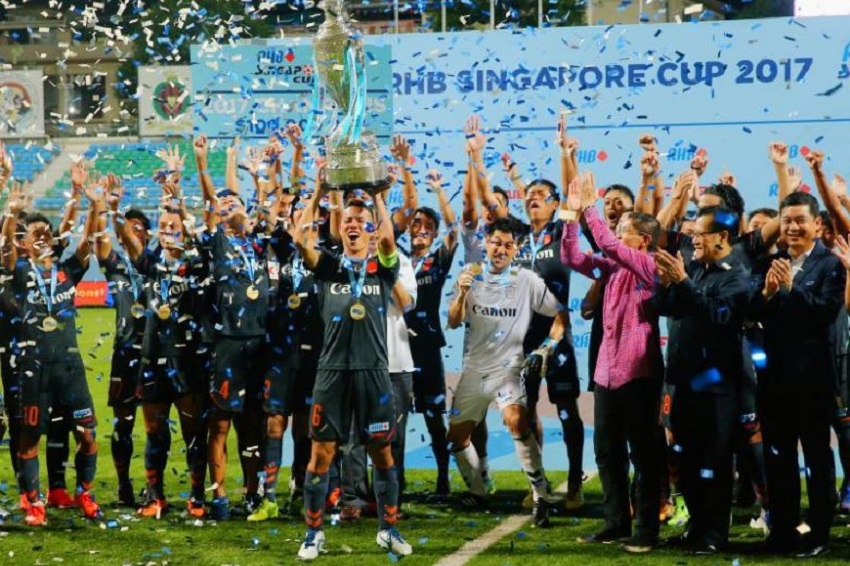 In a season of no-successes for Singapore football, a Japanese club, rather ironically, has showed the way to win in style – by repeating a rare quadruple of S-League titles for the second successive time.

Congratulations to Albirex Niigata for showing the way that the four-title wins were not mere flash-in-the-pans victories. But if ever there was a ready-made formula, it boils down to the end products of hard work and the kamakazi-spirit of total commitment and dedication.

Yes, it’s a very timely lesson, if not wake up call for every FAS (Football Association of Singapore) club, and even in Malaysia, that football successes don’t bank on flukes but the proverbial blood, sweat and tears on and off the field of play.

Just look at their awesome slate this season: Albirex cruised to the S-League title, finishing eight points ahead of nearest challengers Tampines Rovers. They also beat the Stags 2-1 to win the Community Shield, and edged out Warriors FC 1-0 to lift the League Cup.

And Saturday’s RHB Singapore Cup win over Philippines’ Global Cebu FC, over a 3-1 penalty-kicks decision after a 2-2 extra-time deadlock, was perhaps the toughest.  But sheer class and experience prevailed on a rain-soaked Jalan Besar Stadium astro-turf pitch. It is also the club’s third straight Singapore Cup win. 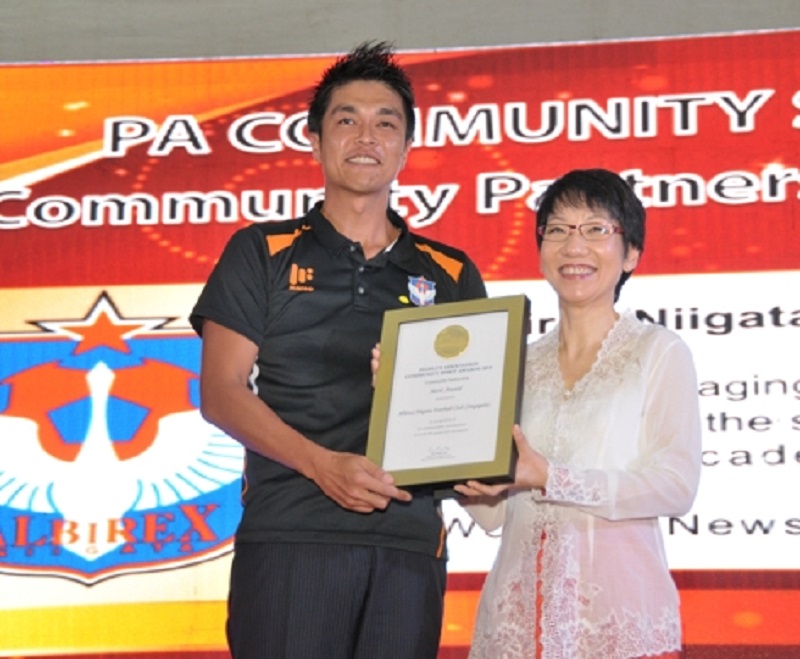 I remember early this season when ex-FAS Chairman Zainudin Nordin smartly remarked that when he met Albirex Chairman Daisuke Korenaga, he boldly said: “I want to win the quadruple again. Four titles is my pre-season target!”

That sums up the positive pragmatic mindset of the Japanese as they embarked on their goals with high charisma, confidence and class.

Make no bones about this: They slog three or four times more than the other S-League clubs and even play an inspiring community role in the heartlands of Yuhua Constituency (where Grace Fu, the unofficial Sports Minister, holds fort) and their home ground at Jurong East Stadium, is usually turned to a “Little Japan” on match-days.

“The Japanese work and sporting spirit are extraordinary. They work their butts out to set high-end goals and never compromise on hard work, discipline and team spirit,” says former Lions legend Roy Krishnan, one of Asia’s fastest strikers in the 1970s. He has been a backroom staff at Albirex for close to a decade.

Daisuke, a charming 40-year-old club boss, even has long-term plans, to turn Albirex to a “local club” to integrate more intensely with Singapore football. He says: “I want to have Singaporean players in our team, too, whom we can help groom for the national team.”

Albirex’s Singaporean general manager Koh Mui Tee adds: “We have consistently played a value-added role in the Yuhua community, especially with the younger generation, and we believe this two-way bondship has reaped dividends. We want to further engage the local Japanese community and be the genuine bridge between Singapore and Japan.” 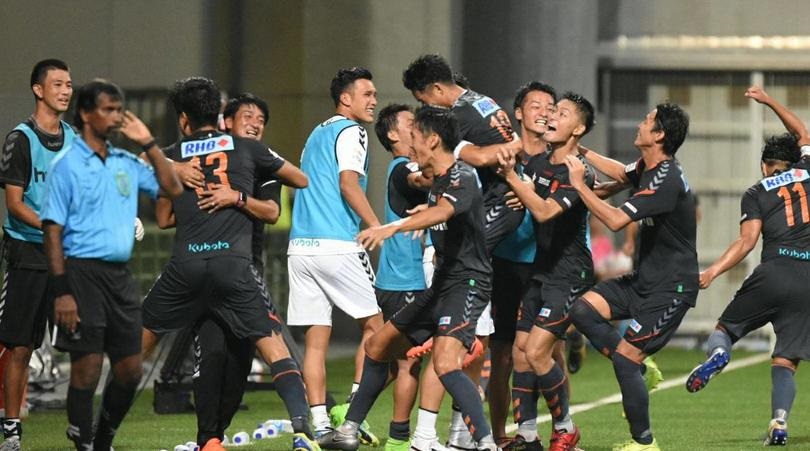 Personally, I’ve always admired the Japanese role-models in anything or everything they do. It boils down to no short-cuts but extraordinary perseverance and exemplary discipline, just like their Samurai forefathers.

For the record, the Japanese have a philosophy called bushido. Originally followed by Feudal Age Samurai who adopted this as the way of the warrior, bushido teaches righteousness, loyalty, respect, honour, courage, benevolence and honesty, all of which when put together essentially puts society first.

But if I’ve to be honest, in Singapore we tend to put ourselves before society. Most times, we wonder what’s in it for us before taking the first step. Those who run the FAS Jalan Besar Stadium headquarters are surely aware of what needs to be done to improve the state of the game. But they are probably wondering what’s in for them.

How I wish Singapore football takes every leaf from Albirex’s double-quadruple book, if only to wake up from a season of fumbles and blunders.

Team spirit is one of the ultimate counter-attacks of Albirex, on and off the field, and if along the corridors of Jalan Besar Stadium headquarters, they can show 10 per cent of this bonding, there’s some hope to pick up the down-trodden pieces. 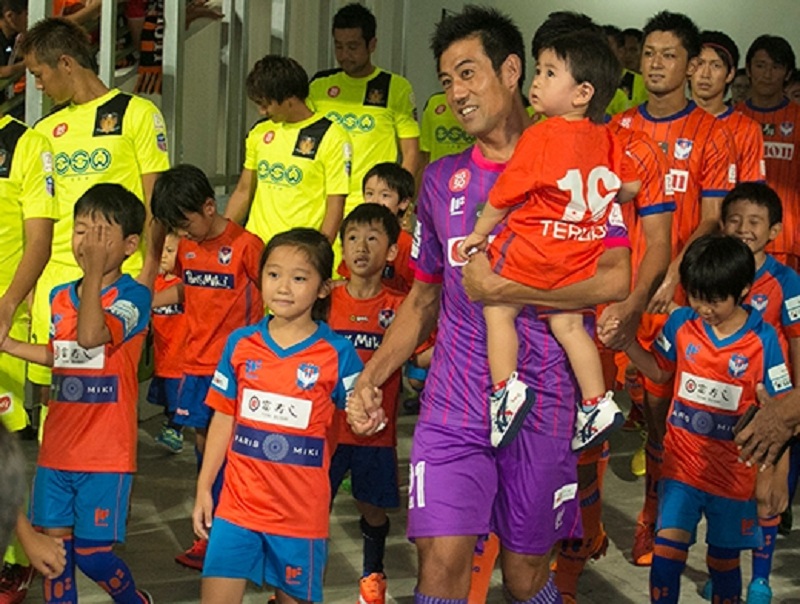 In a nutshell, with a second successive quadruple of titles, Albirex has vividly projected themselves as a gung-ho club with a do-or-die attitude. They will survive at all costs and no individual is above the club. It’s an institution that preaches that absolute teamwork and community bonding rank as high as player performances and crowd entertainment.

Yes, the FAS and S-League and the 30-odd affiliated clubs must take heed of this “A” example – the need to find an edge, an advantage or even a slight opening that may prove beneficial down the track defines Japanese football, both on and off the field.

Like in the Land of the Rising Sun, positivity has been the key word and if the Albirex players and officials can do it in the west corner of Singapore, so can the rest in Bedok, Choa Chu Kang, Bishan and Hougang.

I salute Daisuke and the “White Swans” (Albirex’s Grace-ful nickname) for poignantly showing the way forward for Singapore football.

Kazuaki Yoshinaga’s men took the championship with 62 points from 24 games, losing just twice and ending the campaign eight points ahead of runners-up Tampines Rovers. They were also the highest scorers with 70 goals and the meanest defence with just 16 conceded. Tsubasa Sano is also the league’s top scorer with 26 strikes.

After Monday’s FAS Awards Night at Marina Bay Sands, it’s time to get back to the drawing boards: If the downward slide is not curbed and Lim Kia Tong and his FAS councillers don’t learn the right Albirex “A” lessons, on the 125th anniversary, I fear an unprecedented global record of a hat-trick of quadruples by Albirex next season.

That would be the ultimate embarrassment and time for the Made-in-Singapore harakiri-knives to be sharpened.

For the moment, every Singapore and Malaysia football fan must bow their head with genuine respect to Albirex for repeating a rare quadruple of S-League titles for the second successive time.

Congratulations to the White Swans for showing the way that the four-title wins boil down to hard work and the kamakazi-spirit of total commitment and dedication.  – SURESH NAIR