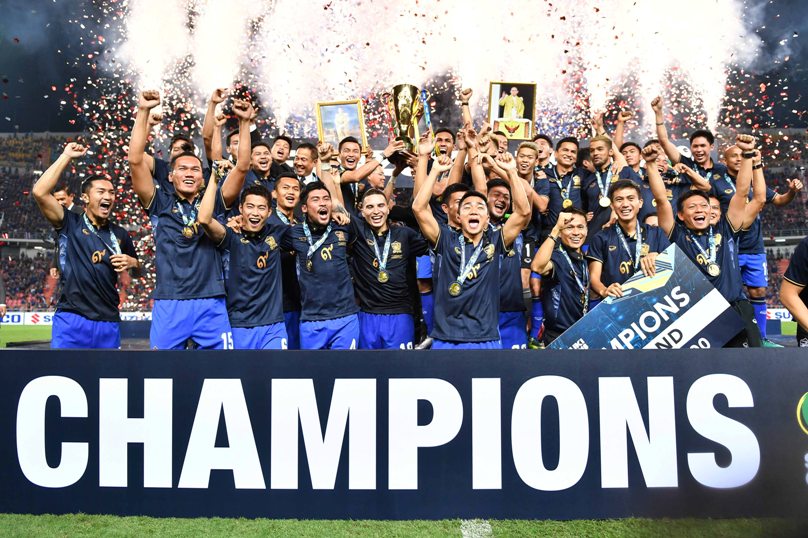 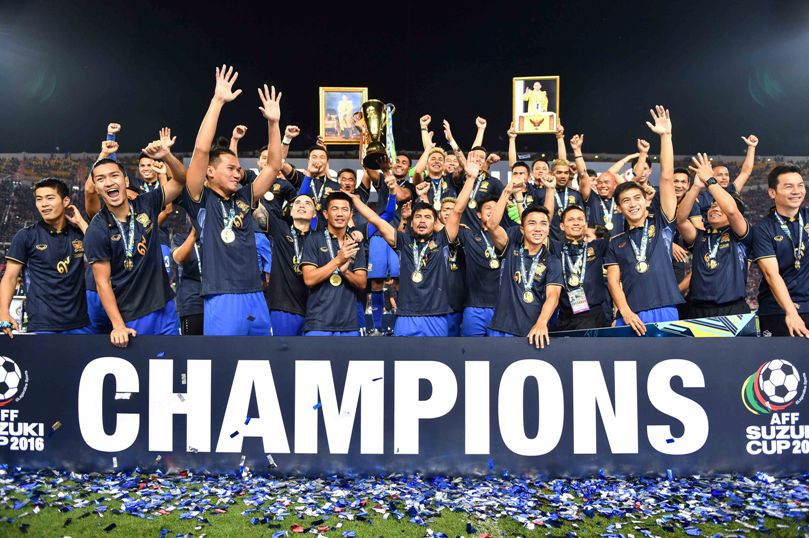 For the fifth time in history, Thailand emerged the champions of the most prized football trophy in the region, the AFF Suzuki Cup. And for the fifth time too, Indonesia, despite giving it their best, had to settle for the silver medal.

Thailand, who had vowed to retain the crown for their King and country, lived up to their promise and in the process end Indonesia’s fairy tale run into the final.

Tonight the Thais overturned the first-leg score (1-2) when they blasted two goals in front of a packed Rajamangala Stadium to walk away with a hard-earned 3-2 aggregate victory.

The star of the night turned out to be Sirod Chatthong who scored once in each half to lead his team to a sensational victory which the team later dedicated to their late King and their newly crowned King. During the trophy ceremony, the team held pictures of both Kings as they celebrated their success.

“We want to dedicate this victory to our late King. We will take the trophy to the Grand Palace. This win is also for King Rama X,” said Thai coach Kiatisuk Senamuang at the Post Match Press Conference.

In tonight’s match, Zico made some crucial changes tonight, bringing in two players who usually start as subs. The duo were pin-up boy Charyl Chapuis and the other was the towering Sirod.

Zico’s decision paid off handsomely when Sirod, who recently celebrated his birthday, sent the home side ahead in the 38th minute. Theerathon Bunmathan crossed from the left but Sirod missed connecting it. The ball then struck Muhammad Abduh before taking a wicked rebound off the Indonesian defender, hit Sirod and turn into goal.

The goal levelled the score at 2-2 but it was to Thailand’s advantage due to the away goal rule.

Then a few minutes into the second half, Sirod again sent the fans into a frenzy. He picked up a short neat through pass from midfield general Channathip Songkrasin, turned and curled his shot past a diving Meiga Hermansyah.

Indonesia, despite their best efforts somehow failed to get their engine running on all pistons. The usually speedy side struggled to move but to their credit, they never gave up. It was clear the team sorely missed inspirational flanker Andik Vermansyah who was out with injury.

In the 79th minute, Teerasil Dangda should have sealed the tie but a poorly taken penalty down the middle was stopped by Meiga who managed to stick his foot out as he dived to the right. Thailand were awarded the penalty when Sirod was brought down by a lunging Meiga who was promptly booked.

With time running out, Indonesia pressed on but were simply unable to get the precious goal which could have tied the score and force the game into extratime. Indonesia ended the game with defender Muhammad Abduh being sent off in the dying moments.

“The Thais were the better team over the two legs,” said Indonesian head coach Alfred Riedl.

“They were more physical than us but we believe that we could give them a good fight. I thought that we did a good job in this tournament.” 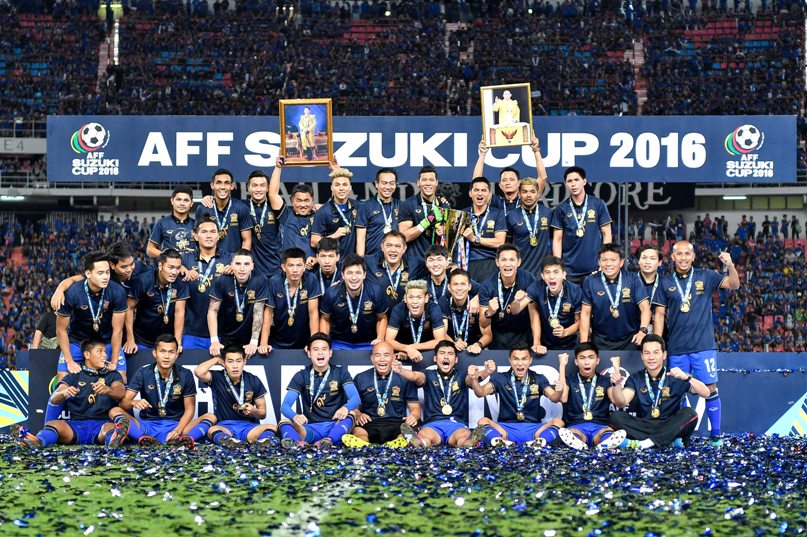