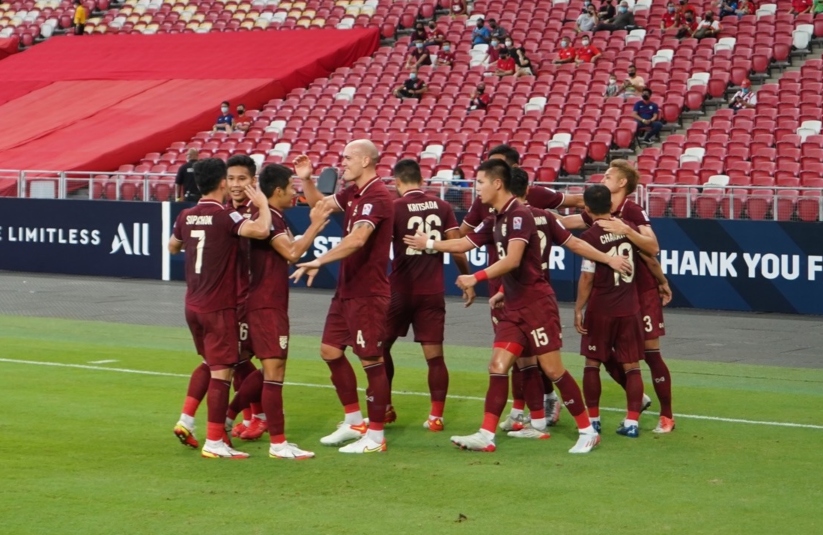 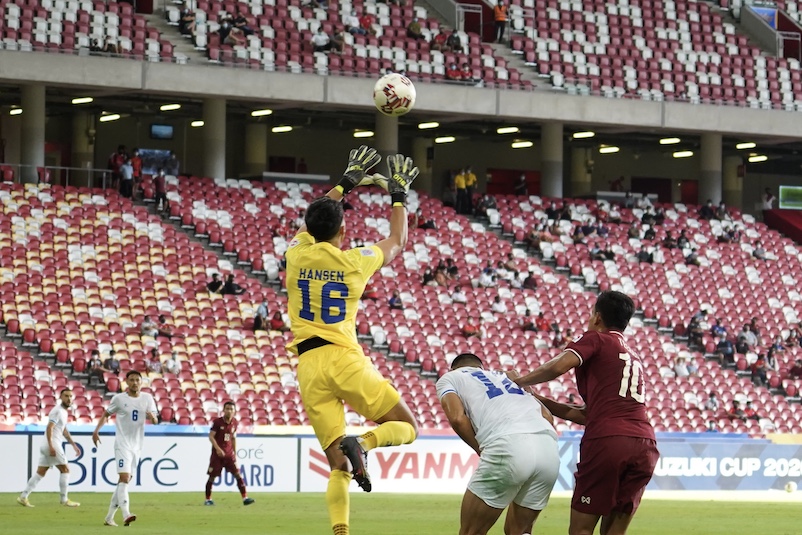 Thailand and Singapore have confirmed their places in the semifinals of the AFF Suzuki Cup 2020 after they each picked up the full points on the fourth matchday of Group A at the National Stadium.

Thailand edged the Philippines 2-1 while host Singapore had to work hard before they were able to overcome Timor Leste 2-0.

“It was a very anxious game for sure. We had more control at the start but the Philippines came back in the second half,” said Thailand head coach Alexandre Polking.

“The Philippines needed to win this game and they started pushing us in the closing stages.

“It was a very important three points tonight and now we are in the semifinals. We will prepare well for our final game in the group (against Singapore).”

With captain Chanathip Songkrasin in the thick of the action, Thailand were in full control of the first half as leftback Teerathon Bunmathan troubled the Philippines backline down the flank.

And after some sustained pressure, striker Teerasil Dangda made good on the low cross from Teerathon in the 26th minute to blast the ball into the Philippines goal.

Philippines tried to get back into the game off the hard work from Iain Ramsay and Patrick Reichelt, but the Thai defence stood firm for the score to stand all the way into the second half.

But in the 57th minute, a poor clearance from Thai defender Manuel Tom Bihr allowed Reichelt to pounce on the ball to put both teams on level terms.

However Teerasil, who now leads the tournament overall top scorers’ list with 19 goals, had the last say in the game when he converted a penalty in the 77th minute to give the Thais the hard fought win.

“Of course I am happy to be leading the top scorers’ list. But more importantly, we won tonight and we are in the semifinals,” said Teerasil, who picked up his second Man of the Match award.

Added Philippines head coach Stewart Hall: “The penalty was the decisive factor. Up to then, I thought that we were competitive against a Thai side that played some good football.” 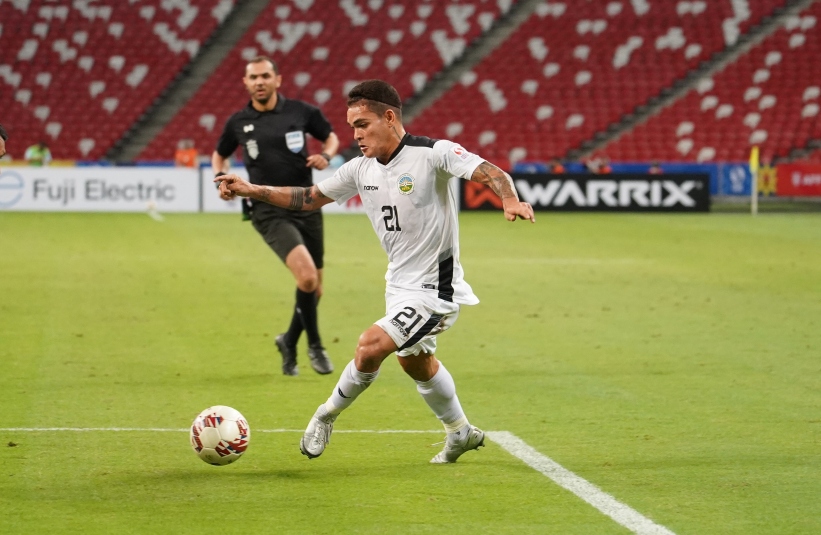 In the meantime, Singapore went up against a resilient Timor Leste side who made the host toil for the two-goal victory.

The win ensured Singapore their place in the semifinals where they will now take on Thailand in the final game of Group A in four days to decide the group winner.

After three matches each, Thailand and Singapore lead Group A with the same nine points although the former currently occupy the top spot on better goal difference.

“I am satisfied with the win tonight and with Singapore making the cut to the semifinals after almost a decade,” said Singapore head coach Tatsuma Yoshida.

“I have to congratulate the boys for the way they played tonight against a Timor Leste team who were determined to put up a good show in the game. It was a very difficult game but we are improving from match to match..

The thought of a high scoring game did not take off for Singapore even though Adam Swandi did give the homesters the lead in the fourth minute when he took advantage of a hesitant Timor Leste defence.

The young Timorese side on the night with an average age of around 21-years-old regrouped to frustrate the Singapore side that was captained by the experienced Hariss Harun.

Singapore tried to take advantage of the aerial duels but the Timor defence almost always managed to make the clearance.

Through midfielder Paulo Gali Freitas, Timor had a robust playmaker but with the lack of a calibre finisher, several chances went begging.

On the other hand, Singapore continued to press their opponents wherein the 52nd minute, striker Ikhsan Fandi’s attempt came off the upright.

Singapore finally got the second goal they were hunting for in the 70th minute when defender Shakir Hamzah made a scrambling finish off the freekick from Shahdan Sulaiman.

“Certainly, I did not expect to win the Man of the Match award. But it is certainly a boost for the next game. It will be a challenge to play Thailand and we are all looking forward to it,” added Shakir.

Added Timor Leste head coach Bruno Maciel: “we conceded the early goal but the players recovered soon after. I am very proud of them. I told them to just enjoy the game. Tonight we had a very young team with the oldest being 23-years-old. And we also had two 17-year-olds in the team. They will be a better team in the future for sure.” 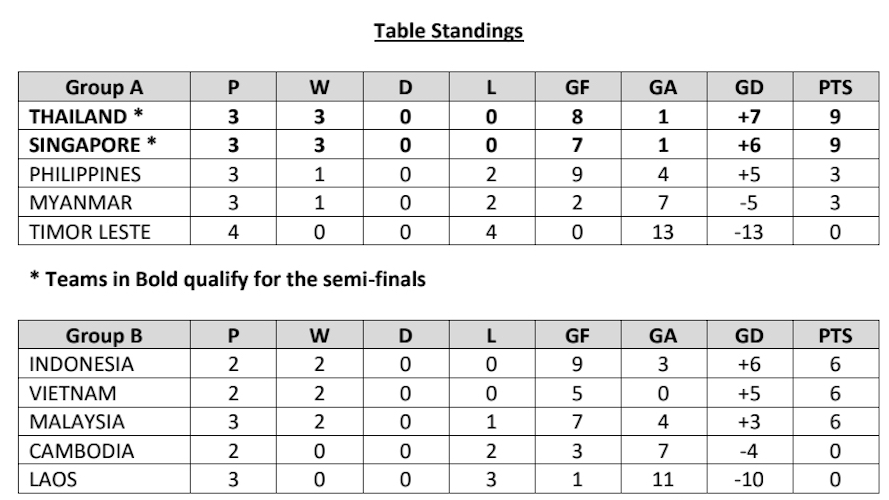