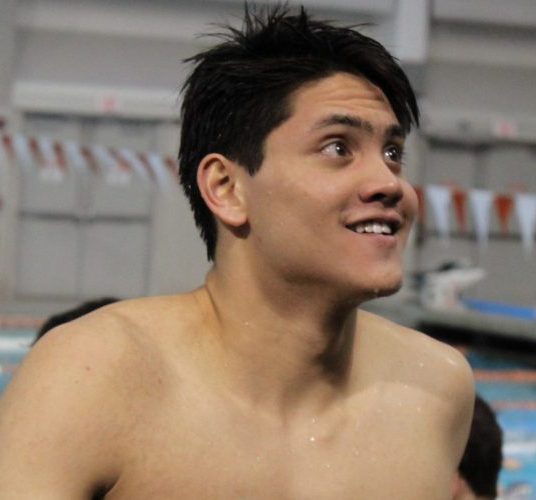 COME Saturday 9.12am, millions of Singaporeans, including President Tony Tan and Prime Minister Lee Hsien Loong, will have their fingers tightly crossed as Joseph Schooling (above) lines up for an extraordinary “first” – the first Singapore Olympics gold medal.

I can’t remember, over half-century, of any other political, social or sporting event that will have Singaporeans, with butterflies in their tummies, as the 100m butterfly final in Rio de Janeiro gets under way.

Exemplarily, Schooling aroused heartbeats after finishing first among the 16 qualifiers on Friday in a world-class field of butterfly specialists. The Texas-based swimmer, a 100m butterfly bronze medalist at last year’s world championships, set a time of 51.41 seconds with boyhood idol Phelps second in the heat with a 51.60 that left him fourth overall.

“It feels like a morning swim. Relaxed, easy,” says Schooling, who turned in the only sub-51 second time of the Rio evening with a 50.83 finish in heat two to post the fastest time in the world for 2016.

Iconic American television channel NBC reported (if not reminded) that Schooling met Michael Phelps when he was 10 years old and called Phelps his “idol”. Now, he can say he beat Phelps in an Olympic heat!

Irregardless of whether he gets a dream-come-true medal or not, he has perfectly shown the world what a little nine-letter-word island can do if a home-grown talent punches way above his weight to send the message that coming in tops is simply a matter of the proverbial “blood, sweat and tears”.

Forget the FT (Foreign Talents). This 21-year-old Eurasian has shown that he graduated from a Singapore school (ing) and if the government encourages and motivates more of the younger generation, whatever field from politics, education, social or sports, they can be exemplary world-beaters. Simply, because they can scream: Singapore Boleh!

Hey, let me remind you this Schooling has the Olympics branding in his heart and soul: Grand-uncle Lloyd Valberg, a former world-class high jumper, was Singapore’s first ever Olympian (and official flag-bearer) at the 1948 London Games. And now he stands on the brink of a global impossibility – for a little-known island in Asean producing the first swimming gold-medallist.

Cheers to (dad) Colin Schooling and his dedicated wife, May, who spend a fortune to groom their only son to the very best of their ability, with government support in tow, in going to make sure he has exemplary access to swimming facilities to train in the United States, the “Land of Swimming”.

For the record, May is a Chinese Malaysian and a Singapore PR (Permanent Resident) while Colin, a businessman, was also born in Singapore and educated at Raffles Institution. Colin’s grandfather was a British military officer who married a local Portuguese-Eurasian in Singapore.

Amid discontent over foreign-born athletes competing for Singapore, Colin rejected online descriptions of his son as a foreigner, and as much as his son did his primary education at Anglo-Chinese School (Junior), he left Singapore to complete his education in the US after his second year at ACS(I).

Joseph made it to the famed swimming-powerhouse Bolles School in United States to train under renowned coach Sergio Lopez and now the University of Texas to continue his development at the best possible environment. University of Texas swim coach Eddie Reese, who coached the US Olympic swim teams in 2004 and 2008, confessed that ht he “has never seen a talent like Joseph in all his years as a coach”. Resse warned that he would be a “threat” in Rio de Janeiro.

I was more touched by 68-year-old businessman Colin Schooling’s words: “May and I wanted to make sure we groomed a young man who respects his elders, has manners and respects his competitors, but never fears them.”

That’s, in my opinion, more than a trillion dollars in cash from endearing middle-class Singaporean parents!

No fear or favour, Joseph Schooling had originally been enlisted into National Service on October 2013, but was deferred till the end of 2016 Rio Olympic Games. He became the first Singaporean to win a swimming medal at the Commonwealth Games, taking silver in the 100 m butterfly at the 2014 Games in Glasgow.

Now I wonder, what more National Service should Schooling ever do when he has brought unpredecented glory to Singapore. In some countries, he may well be knighted or even given a honorary military officer rank.

Let’s now stand up for Singapore. Let’s give the thumbs-up to Schooling.

Come Saturday 9.12am (Singapore time), a little red dot of an Asean island waits with bated breath to see what a young Made-in-Singaporean will do with his childhood Olympic ambitions.

Let’s keep crossed fingers tightly as he delivers Singapore an extraordinary present for SG51: Watch the live coverage of Rio 2016 on okto and Toggle. For full details, visit toggle.sg/Rio2016. 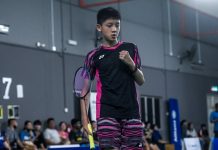 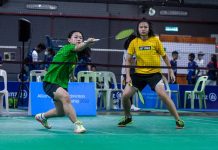