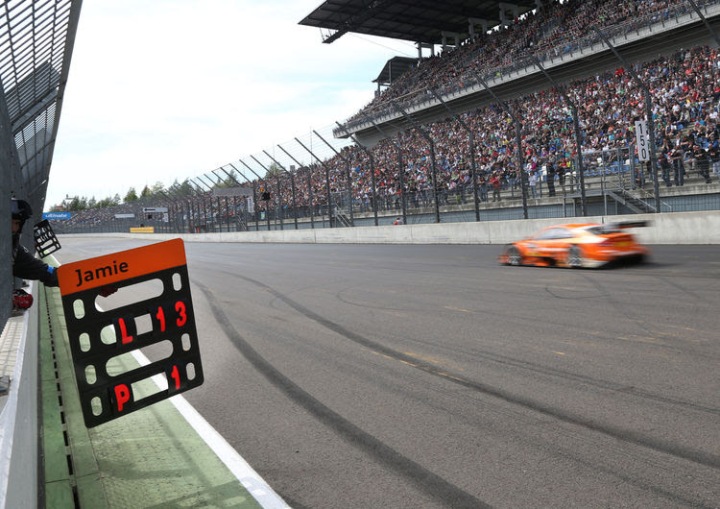 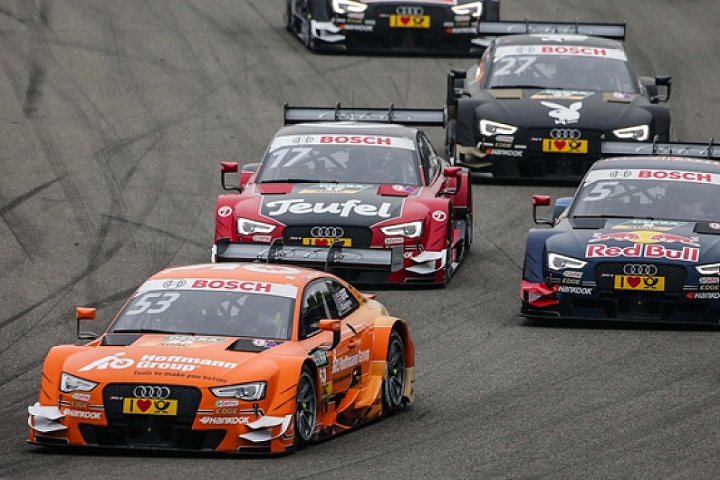 High suspense before motorsport festival on June 4 and 5

Ekström previously on podium at Lausitzring an amazing nine times

Four different winners in the first four races: in the DTM, the next two races are coming up on June 4 and 5 – and suspense at the beginning of the season is at an all-time high.

The first four races of the new season saw four different winners. Drivers from all three brands – Paul Di Resta (Mercedes-Benz/43 points), Edoardo Mortara (Audi/40 points) and Timo Glock (BMW/37 points) – are heading the standings, separated by only small gaps. And the field as a whole has moved closer together as well: at Spielberg, all 24 cars were ultimately within just 0.640 seconds of each other in qualifying.

“By now, it’s become nearly impossible to make any predictions,” says Dieter Gass, Head of DTM at Audi Sport. “An assessment is extremely difficult this year. We’ve already been seeing a number of surprises in the first two events. We’re determined to deliver a similarly strong performance as last year at the Lausitzring. But it would be totally wrong to travel to Lausitz with too much self-confidence.”

Last year, Audi had a picture-perfect weekend at the Lausitzring located some 140 kilometers south of Berlin. In race one on Saturday, a one-two-three-four win was achieved and in race two on Sunday, even five Audi RS 5 DTM cars took the top five spots. Mike Rockenfeller in the Schaeffler Audi RS 5 DTM is holding the track record in the race (1m 18.268s) and Jamie Green in the Hoffmann Group Audi RS 5 DTM set the best time ever achieved in the DTM (1m 17.386s).

Green was the “high flyer” at Lausitz last year. The Briton won both races in commanding style and in Sunday’s second qualifying session caused a stir with a sensational lap on which he outperformed the second-fastest driver by more than half a second – a world of difference in the DTM.

With a pole position and a third place in race two at Spielberg Green has returned to the group of front runners in the DTM following a difficult start of the season. The same is true for Mattias Ekström (Red Bull Audi RS 5 DTM) who will be in the spotlight at the Lausitzring as well. In 17 events on the East German race track to date, the Swede has managed to score two victories and nine podium finishes – including his first ever DTM podium 16 years ago.

Unforgotten have been Ekström’s duels with Mercedes driver Gary Paffett in the 2005 season and BMW driver Bruno Spengler three years ago. “Maybe videos of them should be shown at the drivers’ briefing,” says Ekström. “From champions and old hands like Gary, Bruno and Paul (Di Resta) some of our young drivers can learn a lot. Rubbing is racing, but crashing isn’t.”

Fans can look forward to the event with bated breath: at the Lausitzring, they have a unique view of the racing action from the large main grandstand. Plus, the DTM races at Lausitz have a history of being fiercely fought and turbulent.

With the DTM, the motorcycles of the SUPERBIKE*IDM, the Porsche Carrera Cup, ADAC Formula 4 and the ADAC GT Masters spectators are going to experience a true motorsport festival that can be followed in social media under the hashtag #Motorsportfestival.

In the “Super Sports Car League,” the ADAC GT Masters, no less than ten Audi R8 LMS cars will be competing. The two Audi drivers Christopher Mies (D) and Connor De Phillippi (USA) are traveling to the Lausitzring as the front runners.

Due to the combination of races, Audi fans will have the opportunity to watch the Audi RS 5 DTM and the Audi R8 LMS in action at the same event for the first time. Tickets for the Lausitzring motorsport festival are available online at www.audi-motorsport.com.

ARD will be airing live coverage of both DTM races – race one on Saturday starting 14:30 (CEST) and race two on Sunday starting at 15:00. The two ADAC GT Masters rounds will be broadcast live on SPORT1 (Saturday and Sunday, each starting at 13:00).