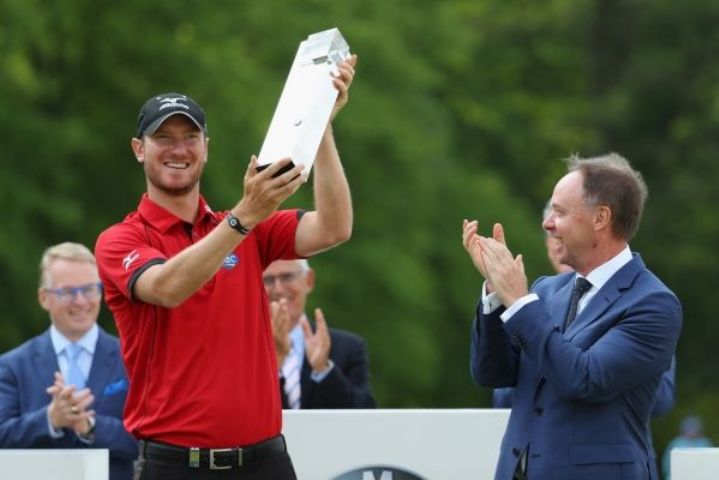 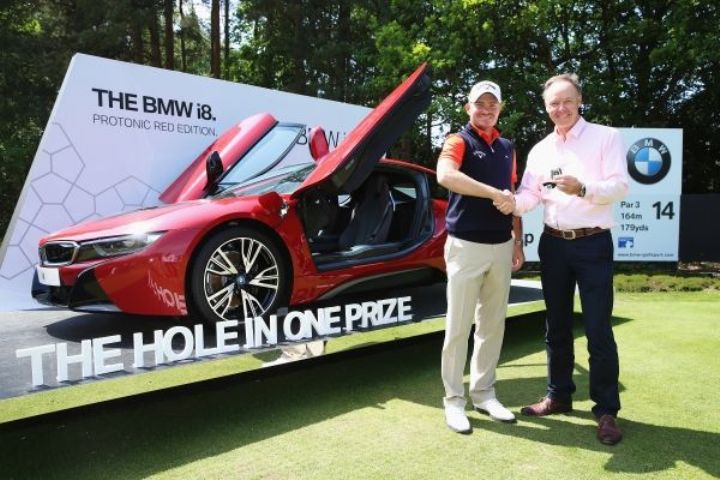 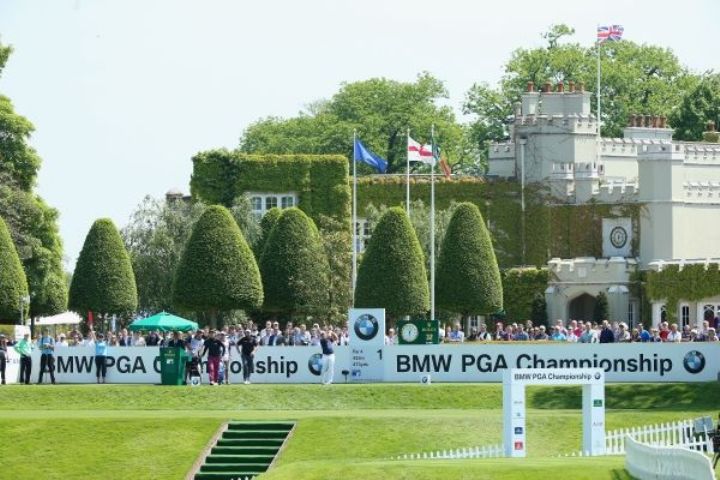 Fantastic crowds enjoy a feast of top-class golf, including the winning of two BMW Hole-in-One Cars

England’s Chris Wood kept his nerve when the pressure was at its most intense to land his biggest victory as a professional at the BMW PGA Championship at Wentworth. Wood had a final round of 69 for a nine-under-par total of 279 and victory by one stroke over Sweden’s Rikard Karlberg, who had a best of the day 65 that included a hole in one at the 2nd, and two over Danny Willett, the Masters champion.

“I’ve always wanted to win a BMW tournament and now I’ve done it,” a delighted Wood said. “BMW always put on great events for us and this was one of them.”

Dr Ian Robertson, Member of the Board of Management of BMW AG, Sales and Marketing BMW, said: “Our congratulations go very strongly to our new BMW PGA champion, Chris Wood. I had the pleasure of giving Chris the hole in one prize of a BMW i8 last year, so I think there is a lucky streak in there for BMW tournaments. Long may it continue.

“It is our honour and our privilege to be the title sponsor for the twelfth year of this flagship tournament and BMW will continue to support the championship. As we move forward towards 2017 it will get better and better.”

The 28-year-old Wood – at two metres, one of the tallest players on the European Tour – threw down the gauntlet from the off on a warm, sun-kissed day at Wentworth. He started his round three strokes behind Scott Hend, the overnight leader, but led the field by three after a stunning record-equalling outward nine of 29 on the West Course. It was made up of four birdies, an eagle, and four pars.

At the turn, Wood went from hunter to hunted as his rivals attempted to chase him down. It was by no means plain sailing for the champion. After dropping shots at four of the next eight holes, and picking up a solitary birdie at the 11th, he arrived at the par-five 18th needing a par to guarantee victory. He played safe, wrapped up his par, and strolled away with a first prize of €833,330, his most lucrative win as a professional.

This was Wood’s third victory on the European Tour. It earned him playing rights until 2021, a place in the Open Championship for the next three years, and virtually sealed his place in the Europe team for this year’s Ryder Cup match in the United States, for which BMW are official partners.

Willett, the pre-tournament favourite, found it difficult to score well over the weekend but still managed to finish third after a final round of 71. The world No9 felt this was a championship he let get away, so will be determined to make up for his disappointment in Cologne next month, when he will attempt to add a second BMW International Open crown to the one he scooped in 2012. It will not be easy: among those challenging him will be Henrik Stenson and Sergio García.

All the players in the field were casting covetous glances towards the magnificent BMW i8 Protonic Red Edition up for grabs for a hole in one at the par-three 14th, but it was England’s James Morrison who had the extreme good fortune to drive away with the €170,000 hybrid supercar.

The Englishman was not in the best of moods when he arrived at the hole, after dropping two shots at the 13th, but his frame of mind was soon to change beyond recognition. And no wonder.

After playing a five-iron in tricky wind to an uphill pin position 170 metres away, Morrison at first thought he had hit the ball too far. But when the cheers from the fans surrounding the green signalled the good news, his jump for joy was something to behold. His ball had landed on the green, bounced twice and dived into the hole. “It’s crazy. I went from making double-bogey to hitting the best shot I’ve hit all week,” he said. “It was a great feeling when it went in.”

Some players go their whole career without landing a hole-in-one prize but this was Morrison’s second in four years, his i8 being added to a BMW 6-series Gran Coupe he won at the 2012 Irish Open. In the second round Scotland’s Scott Jamieson won a BMW M2 for an ace at the 10th.