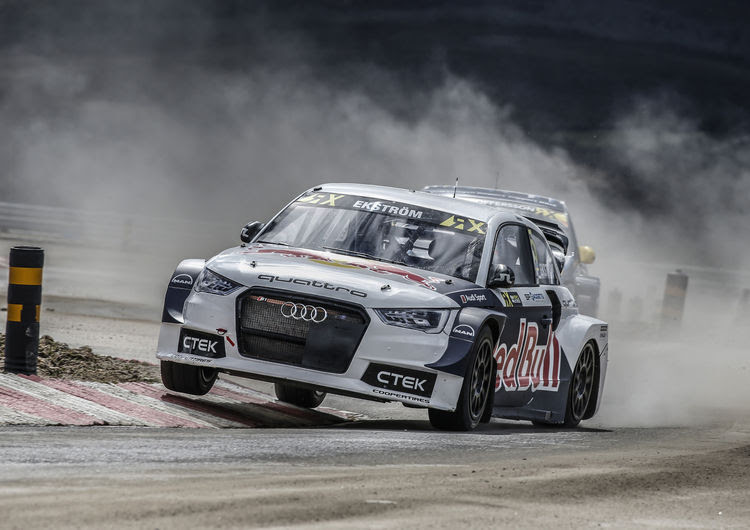 AUDI AG will be providing factory support to Mattias Ekström’s rallycross project EKS starting in the 2017 season. As a result, Audi Sport, in addition to its commitments in Formula E and the DTM, will be competing in the FIA World Rallycross Championship (World RX) in the future as well.

Long-standing Audi factory driver Mattias Ekström had formed EKS at the beginning of 2014, subsequently leading the squad to the top spot in the world rankings with great personal commitment within the space of only three years. In the 2016 season, EKS, with the Audi S1 EKS RX quattro, won both the drivers’ and the teams’ world championships against strong competition from Ford, Peugeot, Volkswagen and numerous privateer teams. “We realize that it’s going to be increasingly difficult for EKS to hold its own against the factory teams, so we chose to intensify our World RX commitment,” says Head of Audi Motorsport Dieter Gass.

Mattias Ekström feels that his dedication has proved him right: “We laid a lot of groundwork as a team in the first three years, gathered important experiences and set new standards with EKS. But it was also clear to us that we’d need support for the future in order to be able to continue on this level. That EKS is now receiving factory backing by Audi makes me very happy. I’m convinced that rallycross has a great future, also with respect to potential electrification.”
While EKS already had access to Audi Sport suppliers and partners before, the further technical development of the all-wheel driven Audi S1 EKS RX quattro will now take place with support from the motorsport department of Audi.

Alongside his factory-backed involvement in the FIA World Rallycross Championship, Mattias Ekström will be retained by Audi as a DTM driver as well. The Swede has extended his driver agreement, tackling his 17th DTM season in 2017. “I have good prospects in the DTM and would like to become champion for the third time,” says the 2004 and 2007 DTM Champion.