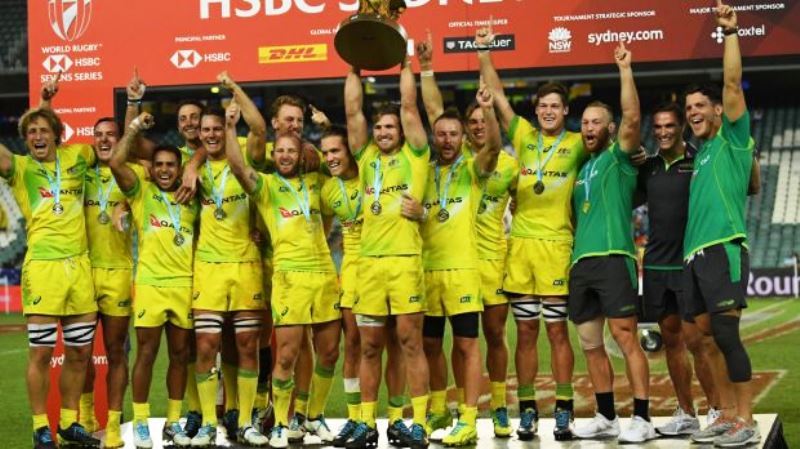 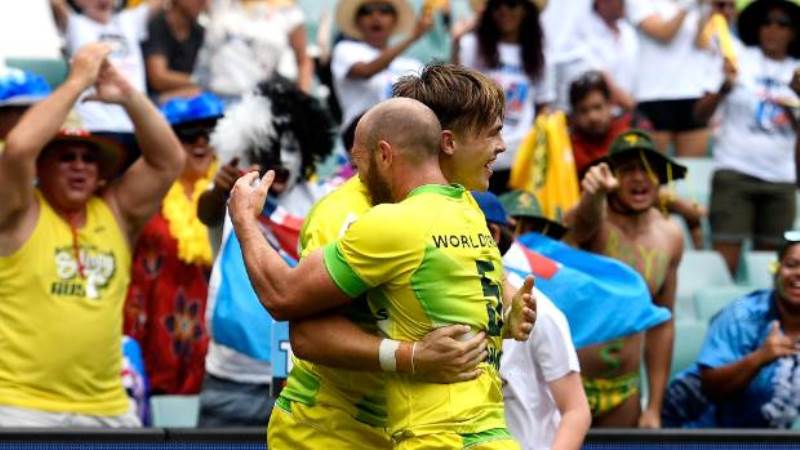 Australia won their first World Sevens Series title since 2012 by demolishing South Africa 29-0 in the Sydney final on Sunday.

The Australians were in sublime form as they ran in five unanswered tries against the more favoured South Africans.

Playing in front of a boisterous home crowd, Australia’s win was also their first on home soil in 16 years, their last success coming at Ballymore in Brisbane in 2002.

“The boys backed up from game one to game six and we developed and we grew,” Australian captain Lewis Holland said.

“It wasn’t the prettiest at the start but it’s how you finish, and I think putting in a good score on South Africa proves that… when we put it together we’re pretty unstoppable.”

South Africa were always one of the favourites to reach the final but the Australians pulled off a major upset when they beat New Zealand in the quarter-finals, playing some inspired sevens rugby.

Both teams reached the final with relative ease after big wins in their semi-finals.

The two teams boasted the best defensive records of the preliminary rounds but in the final, the Australian tackling was relentless as they pressured the South Africans into uncharacteristic errors.

The Blitzboks absorbed the early pressure and looked certain to open the scoring in the fifth minute when Rosko Specman collected a Justin Geduld kick ahead and raced for the corner, only for man of the match Lachie Anderson to force him into touch with a desperate covering tackle.

From that point on, it was all Australia.

Holland crossed 40 seconds before the break and from the ensuing kick-off, veteran James Stannard, playing his last tournament on home soil, found some space and scored under the posts.

“He knows when to speed it up and slow it down,” Holland said of Stannard.

“He’s very calm and collected in any game, regardless of what it is.”

South Africa needed to score first after the restart but they were rocked when first John Porch and then Ben O’Donnell crossed to put the game out of reach.

O’Donnell then grabbed his second in the last minute to complete the rout.

South Africa retain the series lead ahead of New Zealand, with Australia now in third place.

The series moves to Hamilton in New Zealand next weekend. – Agence France-Presse