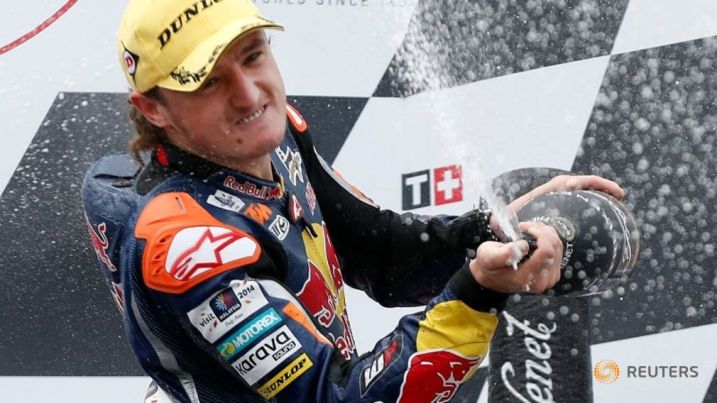 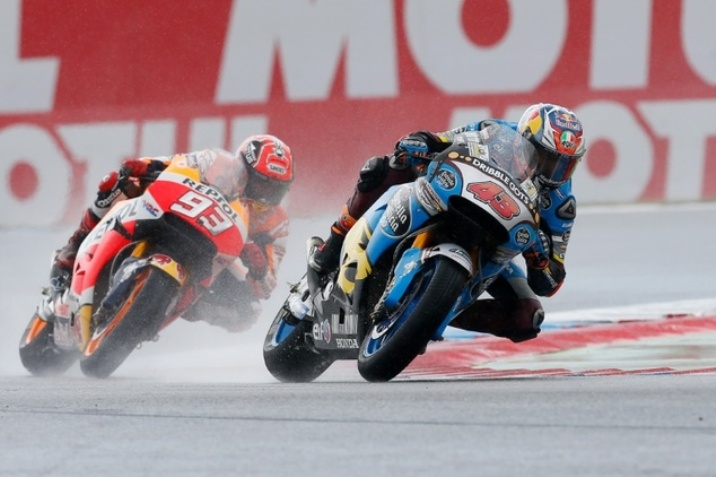 Rank-outsider Jack Miller won a chaotic and rain-disrupted Assen MotoGP on Sunday that saw second-placed Marc Marquez consolidate his lead atop the championship standings after his rivals suffered in the wet.

The 21-year-old Australian Miller, riding a Honda Marc VDS, finished ahead of Marquez (Honda) and Briton Scott Redding (Ducati Pramac) for his maiden victory in the elite motorcycling category.

The race started in overcast conditions, but heavy rain started to fall and with 12 laps to go of the fabled Assen circuit the race was red-flagged.

The restart after the torrential downpour eased off saw a raft of riders, including the former podium sitters, crash out in the tricky conditions.

“A lot of people… said this project wasn’t going to work and I just hope I’ve shown them wrong and that I can ride a bike.”

“Today was a race to lose the points,” he said.

“I stayed quiet and really concentrated. I just did my race. I saw Valentino was pushing a lot and I said, ‘Ok, I cannot follow him’.

“When I saw him crash I saw Miller was behind me and when he passed me, I just said, ‘Ok!’.

“This second place today is like a victory because of the very critical conditions. These 20 points will be really important in the championship race.”

Kalex rider Nakagami, 24, who made his world championship debut back in 2007, finished ahead of French rider Johann Zarco and Italian Franco Morbidelli.

Zarco is tied with Spaniard Alex Rins, who finished sixth in Assen, in the overall standings on 126 points, five ahead of Briton Sam Lowes, who came in fourth.

In the Moto3 race, Bagnaia of Mahindra stormed to victory as Italians took the top five places.

Bagnaia, 19, came home ahead of Fabio Di Giannantonio of Honda and Andrea Migno of KTM.

“I was quick all weekend but I never dreamt a victory here was possible,” he said after the race.

South Africa’s Brad Binder remains 48 points clear at the head of the world championship standings despite losing control of his bike in the closing laps, dropping from the lead group and ending up 12th on the day.

Spain’s Jorge Navarro, who won last time out at Catalunya, is second in the standings while Romano Fenati is third. – Agence France-Presse