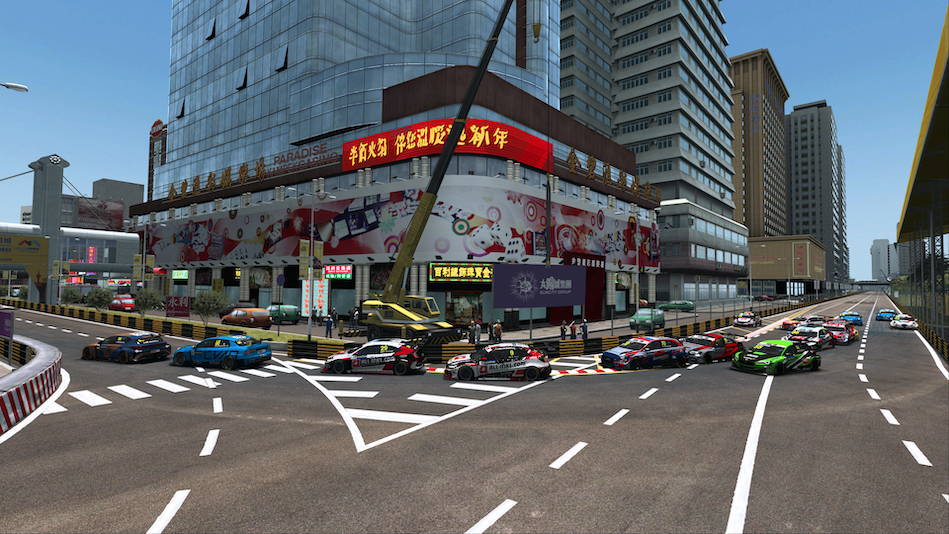 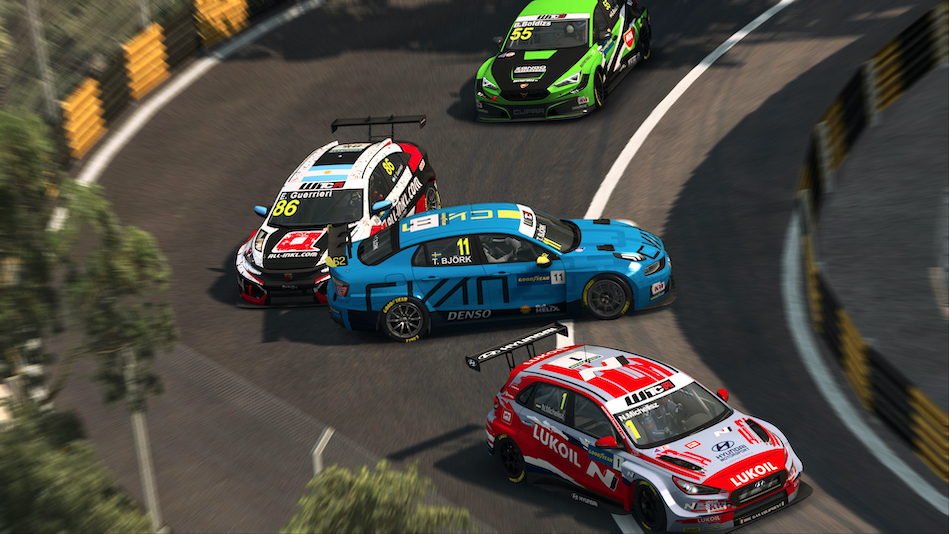 Mikel Azcona became the seventh Pre-season Esports WTCR winner as a virtual Circuito da Guia in Macau delivered two incident-filled races on Sunday night with Eurosport and other channels around the world broadcasting the dramatic action.

The Sepang International Circuit is the setting for the deciding races on 19 July, which Frenchman Ehrlacher will start with a nine-point advantage over Michelisz. Azcona is up to third, 17 points down on Ehrlacher. But previous leader Esteban Guerrieri faces an almost impossible title task after he was eliminated in a multi-car crash in Race 2. He’s now down to fifth in the table, 27 points adrift.

Macau’s action-packed double-header will be replayed on the WTCR’s social media channels from 09h00 CET on Monday (13 July).

Race 1:
Lap 1: Azcona doesn’t squander his DHL Pole Position but there’s trouble behind on the run to Lisboa, the notoriously narrow right-hander. Coronel and Comte clash, Monteiro is caught up in the Melee, striking the barriers on the right-hand side. Michelisz is also involved but continues with damage, while Priaulx is unable to avoid crashing into Monteiro’s stationary Honda.
Lap 2: Guerrieri snatches seventh from Boldizs at Lisboa. Azcona looks comfortable in front from Ehrlacher and Girolami.
Lap 3: As Girolami goes defensive into Lisboa, Ehrlacher is able to edge clear in second, Homola and Langeveld close up to fourth-placed Tassi.
Lap 4: Homola passes Tassi on the run up the mountain, Priaulx and Comte battle for P11.
Lap 5: Priaulx pulls over with a mechanical issue. Tassi pressures Homola.

Race 2:
Lap 1: Starting on the revere-grid pole, Björk doesn’t falter and leads through the Reservoir and Mandarin sweeps. But he can’t keep Michelisz behind with the Hungarian slithering through at Lisboa. Guerrieri tries to demote Björk but, with the move not on, he holds back. Unflustered, Björk closes up to Michelisz, while Guerrieri is in full hassle mode behind the Swede. Björk nudges the wall and goes sideways, Guerrieri strikes the barriers in avoidance. Guerrieri then strikes the barriers at Police and spins across the track, briefly becoming airborne after inadvertent contact from Girolami and Langeveld. Girolami hits the wall as Guerrieri regains control. With the field bunched up there’s further contact heading to Moorish as Tassi hits Guerrieri into Girolami. Girolami then strikes Langeveld, whose Audi briefly takes off on the right-hander. Girolami, Guerrieri and Tassi are out, Langeveld’s Audi is stranded.
Lap 2: Azcona, from P10 on the grid, is up to third behind leader Michelisz with Björk closing up.
Lap 3: Azcona closes on Björk but drops back when the strikes the barriers on the inside of the Melco Hairpin, the Spaniard’s line just too tight for the super-tight turn.
Lap 4: Ehrlacher passes Boldizs on the charge to Lisboa, Ehrlacher attempts to repass but fails, which allows Comte to get ahead. Ehrlacher closes up to Monteiro, Azcona is back behind Björk but a steering issue leaves his CUPRA stranded against the barriers on the exit of Melco. With nowhere to go, Monteiro ploughs into the Spaniard but makes it through, as do Comte and Boldizs. Ehrlacher also hits Azcona’s stricken car, which is now pointing in the right direction. Ceccon is also caught up in the incident. Azcona gets going again in front of Priaulx.
Lap 5: Despite starting P12, Monteiro takes third behind winner Michelisz and Björk.

THE WINNERS SAID WHAT?

Mikel Azcona (Race 1): “I’m sweeting a lot, like in reality! A good race, I could make the gap between Ehrlacher and me, so since the first lap I had a small gap and I felt comfortable, but I stayed focus and tried to do no mistake, which is so easy here. On one lap I felt Yann catch me some tenths, but the next lap I tried to push to the maximum. I’m very happy with this win. It’s special in Macau, very difficult.”
Norbert Michelisz (Race 2): “Yeah, but I have to say Thed was really fair in the beginning. He braked early, he wanted to avoid to go wide and crash into the wall, I realised there was a chance to overtake, but in the end the race was mayhem! I saw the other guys crashing behind, so I was also a bit lucky… Starting on the front row in Macau is always the place you want to be at, to avoid chaos, I think I was lucky having that.”

PROVISIONAL CHAMPIONSHIP STANDINGS AFTER ROUND 10 OF 12:

What’s next?
The Pre-season Esports WTCR Championship reaches its climax at a virtual Sepang International Circuit on 19 July with all the action on Eurosport at 23h00 CET, subject to final scheduling.

First victory of the Audi R8 LMS in Super GT