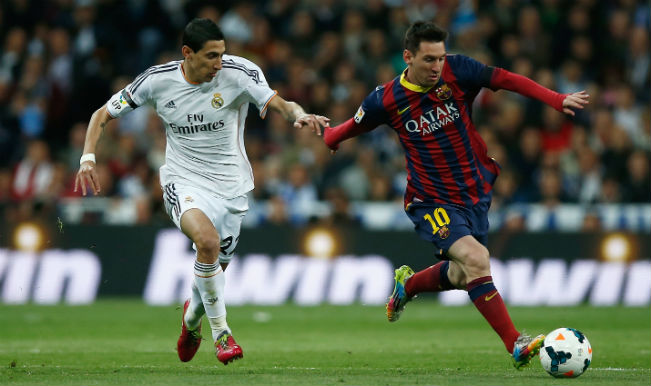 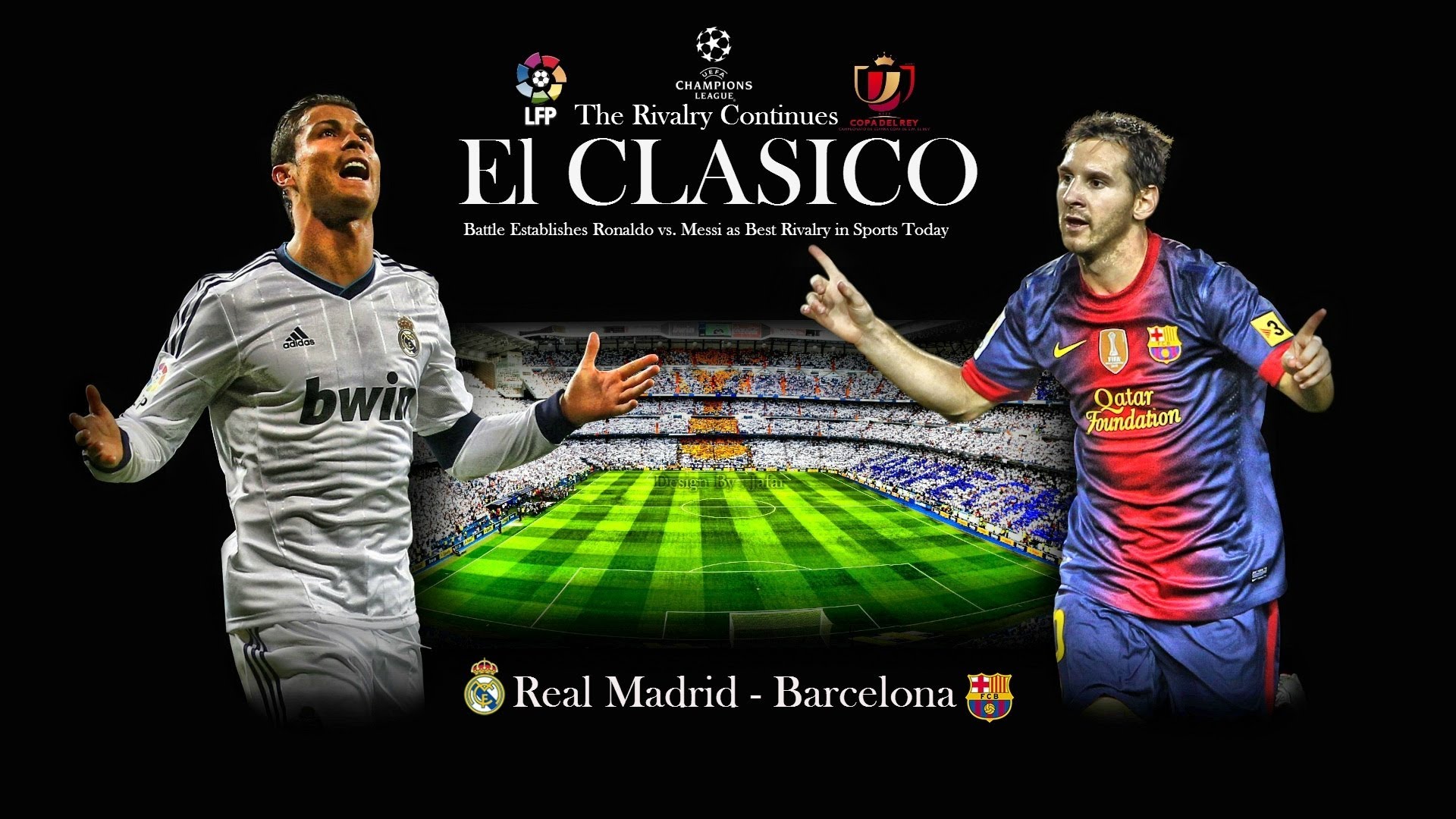 Luis Suarez’s Barcelona debut ended in defeat as Real Madrid cut the gap on the La Liga leaders to just a point as they came from behind to win El Clasico 3-1 on Saturday thanks to goals from Cristiano Ronaldo, Pepe and Karim Benzema.

Playing for the first time in a competitive game since being handed a four- month ban for biting Giorgio Chiellini at the World Cup, Suarez’s Barca career had got off to a flying start as he set up Neymar to slide home the opening goal after just three minutes.

However, Real responded like European champions as Ronaldo levelled from the penalty spot before second-half goals from Pepe and Benzema handed them a deserved ninth consecutive victory in all competitions.

“I am very happy to return to playing, it is a great relief to have this time behind me,” said Suarez, who was substituted after 68 minutes.

“The feeling is bittersweet because of the result but this team has lifted itself many times before.”

“I don’t regret it at all,” said Enrique. “He did more than I expected. He played more and with rhythm. We brought him off because it is very difficult to play the 90 minutes after such a long time.”

“We didn’t lose our head after losing the early goal,” he said.

“I liked many things about the team, above all the high tempo we played with. The team recovered well with just two days rest after Wednesday and played very well.”

Suarez proved his worth within three minutes as his cross-field pass was taken down by Neymar who skipped inside Dani Carvajal and Pepe before sliding the ball into the far corner for his 11th goal in as many games this season.

The goal sparked Madrid into life as Benzema failed to find the target from a narrow angle as he was pressured by Claudio Bravo before the Frenchman crashed a header off the bar from Ronaldo’s cross.

Both Messi and Neymar were booked for late challenges on Toni Kroos and Carvajal as the hosts upped the pressure in search of an equaliser.

However, they were thankful to captain Iker Casillas midway through the half as he spread himself to stop Lionel Messi becoming the joint top goalscorer in La Liga history from a tempting cross from Suarez.

Just when Barca had appeared to have taken the sting out of Madrid‘s pressing, though, they gifted the hosts a route back into the game as Marcelo’s low cross was blatantly handled inside the area by Gerard Pique.

Ronaldo stepped up and confidently buried the resulting spot-kick to become the first man to score against Barcelona in nine league games this season.

The home side could even have gone in at half-time in front as James Rodriguez’s header drifted just wide from another Marcelo cross.

It took Ancelotti’s men just five minutes to go in front after the break as Kroos’s out-swinging corner was powered past Bravo by Pepe.

Barca came close to opening up the Madrid defence a couple of times as Suarez slipped after turning Sergio Ramos in the box before Ramos made a last-ditch tackle to prevent Messi turning home Neymar’s cut-back.

Casillas then produced another stunning save to prevent Jeremy Mathieu’s rising drive finding the top corner.

However, in their haste for an equaliser, Barca were caught on the counter-attack from their own corner as Isco, Ronaldo and Rodriguez combined to play in Benzema to fire home his seventh El Clasico goal.

Suarez’s debut was then brought to a premature end as he made way for Pedro Rodriguez and matters got even worse for the visitors when Andres Iniesta hobbled off to be replaced by Sergi Roberto.

Madrid comfortably saw the game out in the final 20 minutes to inflict Barca’s first league defeat of the season. – Agence France-Presse