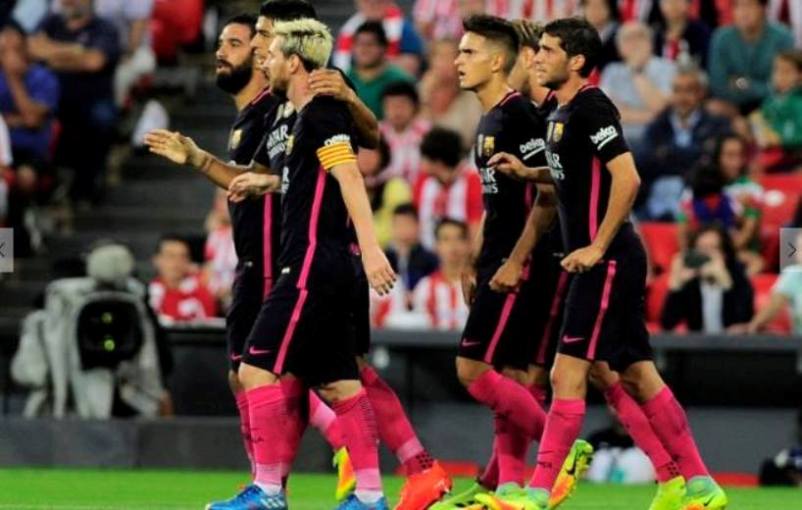 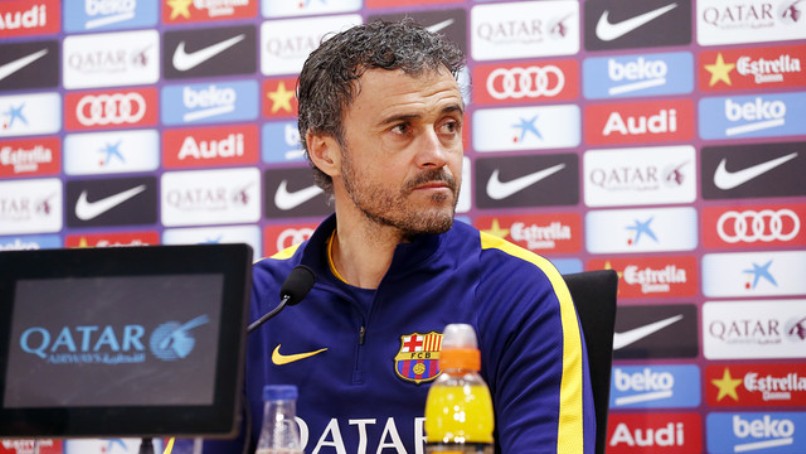 Victory would see Barca lift the Cup for the third straight season under Enrique, but unlike in the past two years it would be Barca’s only major silverware of the campaign.

The Catalans missed out on La Liga to Real Madrid last weekend and were dumped out of the Champions League at the quarter-final stage by Juventus.

And Pique wants his boss to go out as a winner in the last ever competitive game at Atletico Madrid’s Vicente Calderon stadium.

“He is one of the best coaches in the history of the club,” said the defender.

“He deserves a great final. The best way to leave would be on a high with a trophy and tomorrow is a good opportunity.

“I want him to leave as a winner.”

However, Enrique himself warned against the threat posed by Alaves as the Basques played a huge role in costing Barca the league with a shock 2-1 win at the Camp Nou back in September.

“I have the chance to end my cycle with Barca with another title, but we are facing without doubt the revelation of La Liga this season.”

Indeed, on a night of goodbyes at the Calderon, Mauricio Pellegrino could also be taking charge of Alaves for the final time with plenty of clubs eyeing the Argentine’s services.

As well as taking Alaves to their first Copa del Rey final, Pellegrino’s men finished ninth on their return to the Spanish top flight after a decade in the lower leagues.

“I am very thankful to these boys for the work they have put in,” said Pellegrino.

“There is not one of our players that doesn’t deserve to play the final.”

Whilst Alaves have never reached Spanish football’s showpiece occasion before, they did reach the UEFA Cup final back in 2001.

Liverpool edged a thrilling final 5-4 back then and Alaves captain Manu Garcia urged the club’s fans to revel in the atmosphere as they did 16 years ago in Dortmund.

“This is a historic event,” he said. “It is a final and we only want to be champions.

“I want to tell the fans to enjoy the day as much as possible.

“As a youngster I experienced Dortmund, I have a lot of memories of that day and I want the fans to go there with their shirts, flags and scarves and be proud of Alaves.”

Alaves’ quest to make history will be helped by the absence of the suspended Luis Suarez.

Barca also have no natural right-back available with Sergi Roberto also suspended after both players were sent-off in the second leg of a tempestuous semi-final against Atletico Madrid.

However, Pique expects Barca to have the resources to cope.

“We have to face up to that problem. There are players here with the ability to replace them,” he added.

“We are Barca. Whoever plays has to perform.” – Agence France-Presse